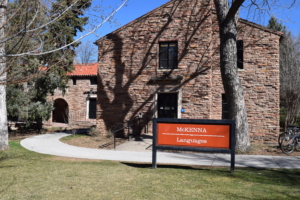 A Women’s Club building was added to the campus of the University of Colorado in 1937, paid for by the federal Public Works Administration (PWA).

“Before the construction of the new women’s club, the University of Colorado had no suitable facilities for the holding of social functions by women.

The building is two stories in height and contains on the first floor a living room, approximately 40 by 25 feet, a dining room, reception room, manager’s office, kitchen, and pantry. The second floor is devoted to bedrooms.

Construction is fireproof with a reinforced-concrete frame and floor slabs, exterior walls of native stone, and a roof covered with tile. The building was completed in in September 1937 at a construction cost of $65,707 and a project cost of $69,236.”   (Short and Brown 1939, p 317)

The building is now known as the McKenna Languages Building:

“McKenna was named to honor Olivia Cleveland McKenna (Class of 1898) who, with her husband John, donated the funds to construct a social center and dormitory for women who were not affiliated with a campus sorority. It was such a charming, beautiful place that competition to live in it eventually became fierce.

A 1947 addition to the south was the last work in Boulder done from the designs of Charles Klauder. McKenna was converted to academic uses in 1962. Because it was built as a residence, its scale is comparable to that of a large private home. The terrace overlooking Varsity Lake is one of the campus treasures.” (UofC website) 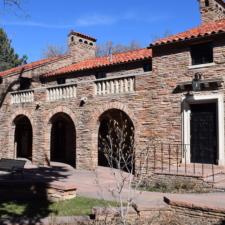 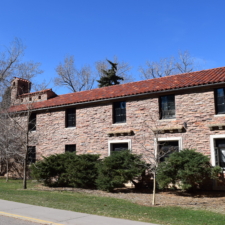 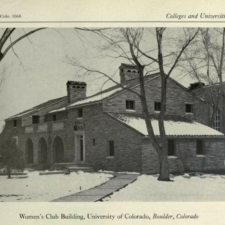 View all projects at University of Colorado - Boulder CO (5 Projects)