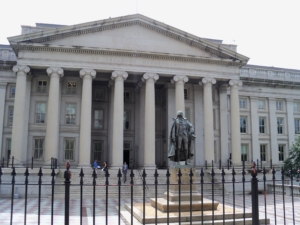 The first major improvement was the remodeling of the fourth floor, originally attic space, “into good office space, and air conditioned so as to be a liveable place to work in hot weather of the Summer” (Evening Star, 1933).  The exact cost of this project is unknown, but it was between $140,000 and $200,000 of the PWA funds.

The second major improvement to the Treasury building was an additional floor, 124 x 115 feet, placed on top of a new vault in the north courtyard; $68,000 of PWA funds went for this project.

Other uses of the PWA money were planned, such as cleaning and repointing the exterior and replacing slow elevators, but it is unknown whether those projects were carried through to completion. 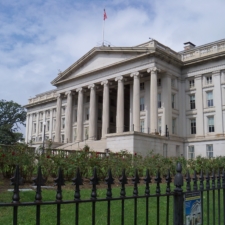