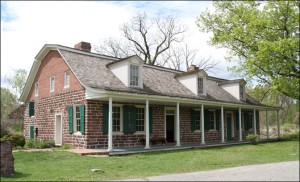 The Steuben House is a longstanding historical and architectural landmark in Bergen County NJ. Its style recalls the Bergen Dutch community. The house was occupied for military purposes during much of the American Revolutionary War, including by General Washington.

During the 1930s, New Deal workers renovated the house, helping preserve the historic structure up to this day:

“On June 20, 1938, a crew of WPA workmen began a $20,000 renovation of the Steuben House (the New Jersey Historic Sites Commission contributing $3,000 and the WPA supplying $15,800 worth of labor to the project). A new oil heating system, a bath and lavatory were installed. The original floorboards of the ground level were removed, thin concrete pads were poured between the original floor joists, and new random-oak flooring was installed on the first floor. Original plaster walls and ceilings were either removed or concealed as a sand-finish plaster was newly applied over expanded metal lath. The grounds were drained by a system of subterranean concrete conduits (called French drains) and the New Jersey Highway Department built an 18′ roadway around the house (removed in 2001). A mid-nineteenth century frame kitchen wing was torn off the southwest corner of the building. Lastly, whitewash coating the east and south elevations of the house was sandblasted and a temporary concrete porch pad was laid in front.

On October 14, 1938, Thomas Marple, Assistant Director of the Historic Sites Commission, offered to allow the Bergen County Historical Society to occupy the restored Steuben House as their museum headquarters.”   (http://www.bergencountyhistory.org) 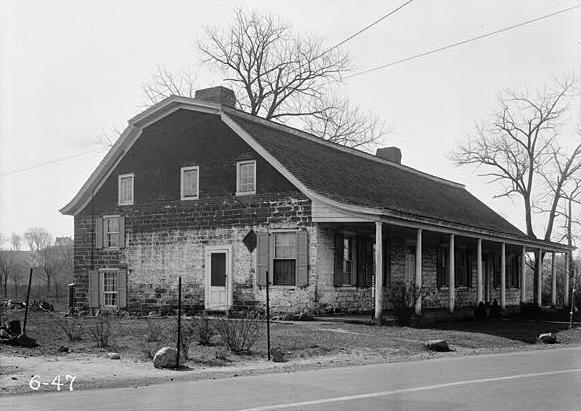 Steuben House in 1936, before the WPA renovations.