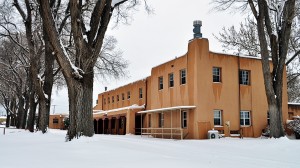 Located on the campus of the New Mexico Department of Transportation is the former New Mexico State Police District 1 office. Constructed as three separate WPA projects between 1935 and 1940, the former State Police campus consists of an administrative building (1935) and a later annex (1939). Both were designed in the regional Pueblo Revival style by Willard C. Krueger, the WPA’s chief architect in New Mexico, who would later design structures for the Manhattan Project.

The State Police started humbly in 1905 as the New Mexico Mounted Police, a small division of equestrian officers appointed by the Governor under single year terms (Ragins, 2004: 10). The Mounted Police were not funded directly as an agency by the state legislature, but were instead paid through the State Auditor’s Office for each detail they performed (Ragins, 2004: 10).

This expansion led to the first WPA project creating the administrative building in 1935 (Project No. 65-85-823). In its design, with its two rounded masses flanking a recessed portal, it is similar to another New Deal project in Santa Fe, the New Mexico State Park Administrative Building, which was featured in Albert H. Good’s Park and Recreation Structures (Good, 1938, Part I: 59). Unlike the state parks building, the New Mexico State Police included a bulky two-story mass behind it to hold additional offices.

Four years later, another project financed a larger, two-story annex northeast of the administrative building (WPA Project No. 665-85-2-302). Costing approximately 90% more than the first project, the block-like annex included additional offices, dormitories for officers, a gymnasium and a pistol range. While the design of annex was more utilitarian, it included the character-defining recessed portal of the Pueblo Revival idiom.

Together, the original north-south oriented administrative building and the east-west oriented annex created a courtyard between the structures. This is articulated to street by an adobe wall with a handsome entry arch. A third project in 1940, made additional improvements to the campus (WPA Project No. 65-1-85-2295).

The State Police District 1 campus was highlighted as a Santa Fe point of interest in the New Mexico WPA state guide the same year. The WPA financed the construction of additional State Police buildings in Raton, Albuquerque, San Jon and Gallup.

After years of overcrowding, in 1971 the New Mexico State Police District 1 office moved to new a campus farther south on Cerrillos Road. Today the former State Police buildings house the Planning Division of the New Mexico Department of Transportation. 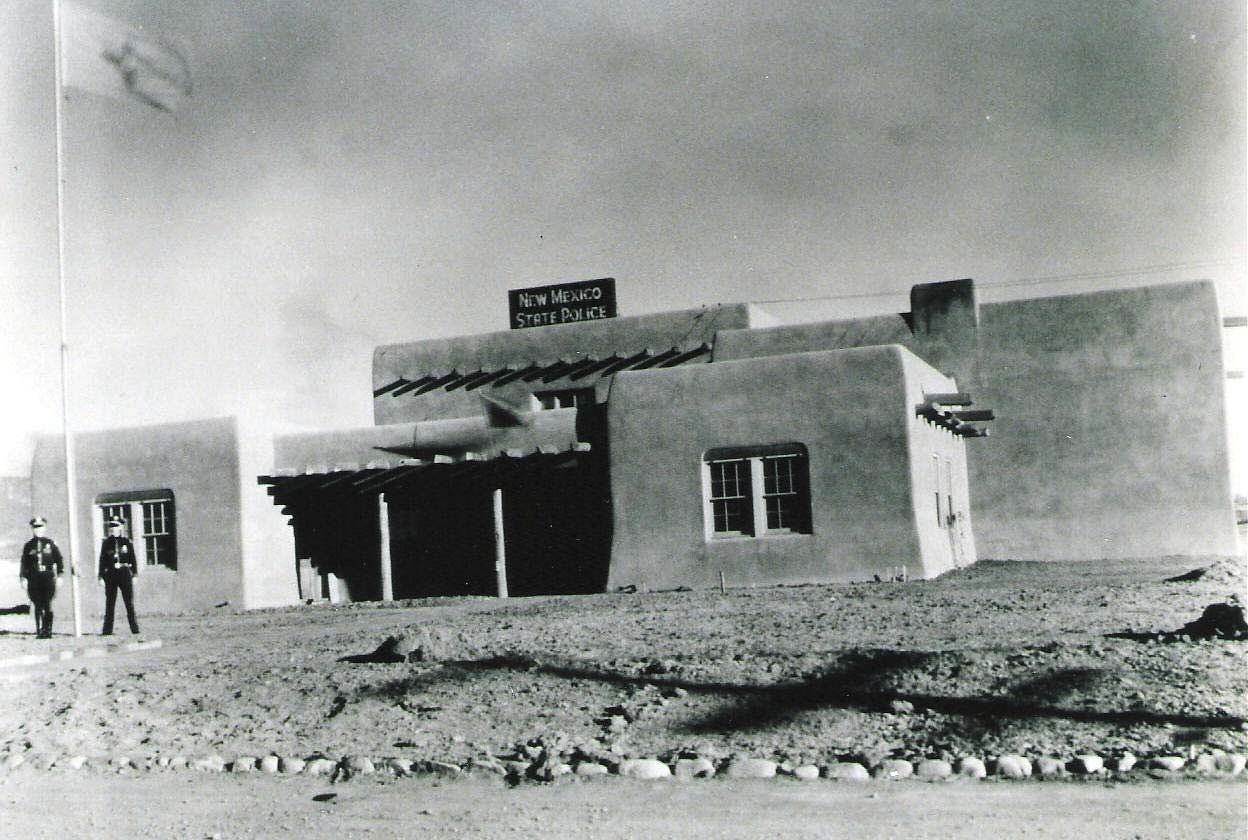 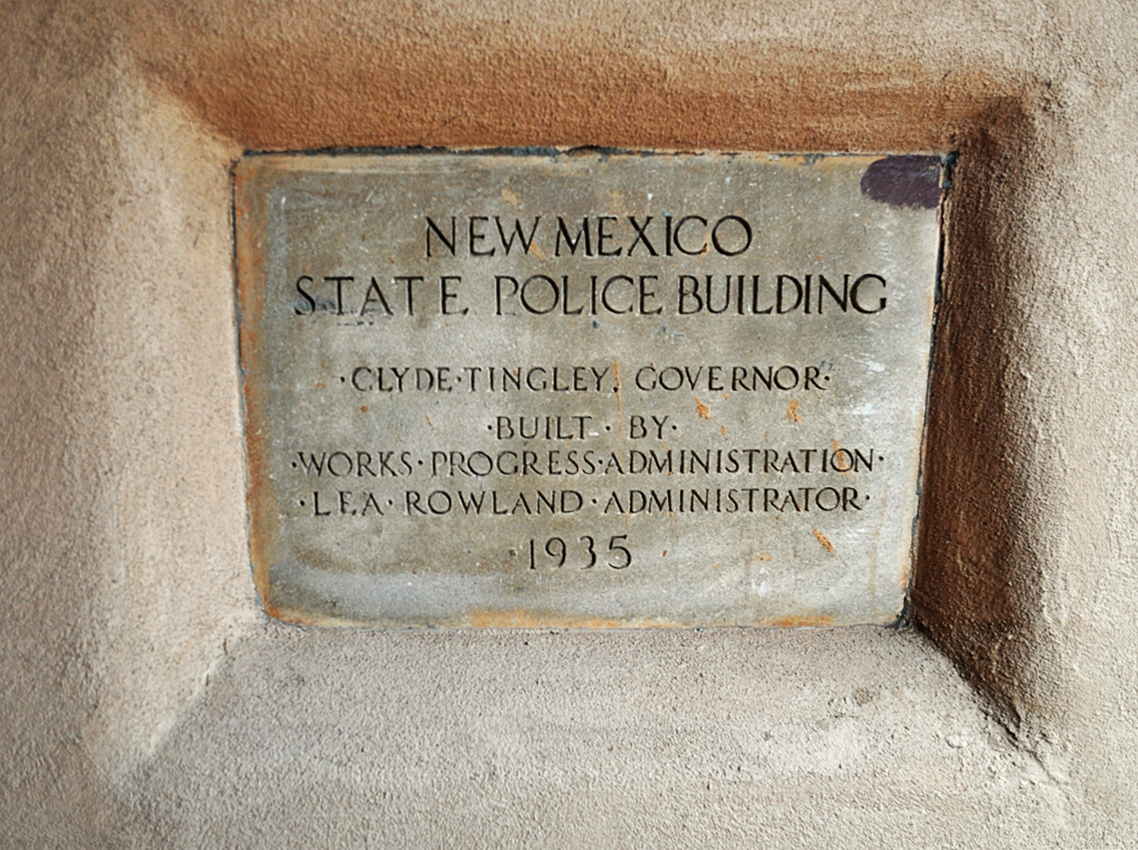