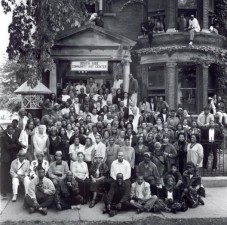 The South Side Community Art Center (SSCAC) located at 3831 South Michigan Avenue on the South Side of Chicago, provided a permanent space for the creation and preservation of artwork made by African American artists from the surrounding community. The SSCAC is one of two WPA funded Art Centers that has never closed its doors, and is also the earliest African American Art Center to be created in the United States.

The federal government primarily funded the project, but it was financial support from the African American community that made the idea of an Art Center a reality. According to the Art Center’s website, the federal government provided the funds for the remodeling of the Center’s building and administrative funds for staff and faculty. The community had to pay for the lease and purchase of the building, for utilities, and for art supplies. At the time of Depression this was especially difficult for poor communities. A committee established by South Side businessman, Golden B. Darby, along with other business leaders and organizations, met at the Urban League’s branch office for the first time on October 25, 1938. Also in attendance were members of the Arts Craft Guild, “the only active group of African American Visual artists in the community” according to the History of the SSCAC. It took three years of fundraising to acquire the money for the project. The most successful fundraising effort was the Artists and Model’s Ball held on October 23, 1939 at the Savoy Ballroom, which became an annual event in support of the Art Center.

Once funds were raised, the next step was to find a building to house the operation. The committees purchased a vacant residence building for $8,000 that was built in 1893 for grain merchant George A. Seaverns Jr. Architect L. Gustav Hallberg originally designed the Gregorian Revival-style residence, but before the opening of the Art Center, the FAP hired Hin Bredendieck and Nathan Lerner to remodel the interior of the building in the New Bauhaus-style of architecture.

The SSCAC opened on December 15, 1940, with an exhibition of local and well-known artists including Henry Avery, William Carter, Charles White, Archibald Motley Jr., Bernard Goss and William McBride. The Center also offered art classes upon its opening which were instructed by many of the black artists whose work were displayed within the exhibits. Lessons were free and included drawing, painting, sculpture, printmaking, photography and crafts. The SSCAC’s website also mentions that the Art Center offered courses outside of the visual arts such as performing arts programs and writers programs.

On May 7, 1941, First Lady Eleanor Roosevelt dedicated the Art Center in a ceremony that was broadcasted nationally on CBS radio. According to wpamurals.com, an exhibition followed the broadcast entitled “We Too Look At America” and featured many of the works from the initial opening and also some works from white painters such as Margaret Brundage and Gertrude Abercrombie.

The Art Center remains open to this day in the same location it was first established despite efforts to move it from the declining neighborhood. The Center still offers art classes and has many exhibits dedicated to New Deal era work. 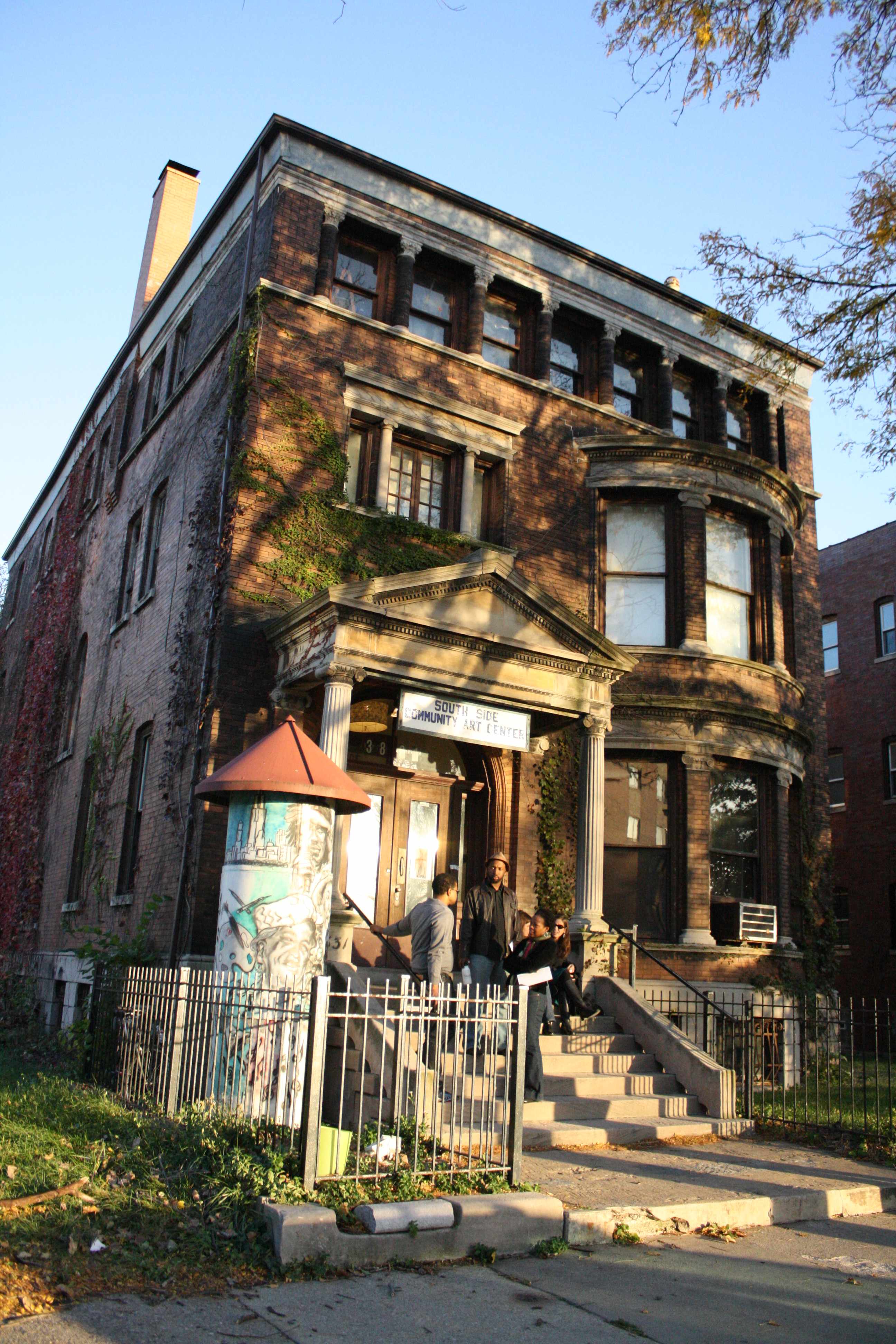 Project originally submitted by Tessa Hynes on May 17, 2013.