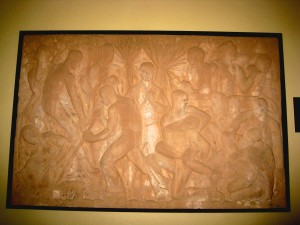 This WPA bas-relief “CCC Workers” was carved for the school by Donal Hord in 1933. It shows CCC workers engaged in a variety of activities. The relief adorns the south entrance of the school auditorium. It has recently been restored with a grant from the National Trust for Historic Preservation. 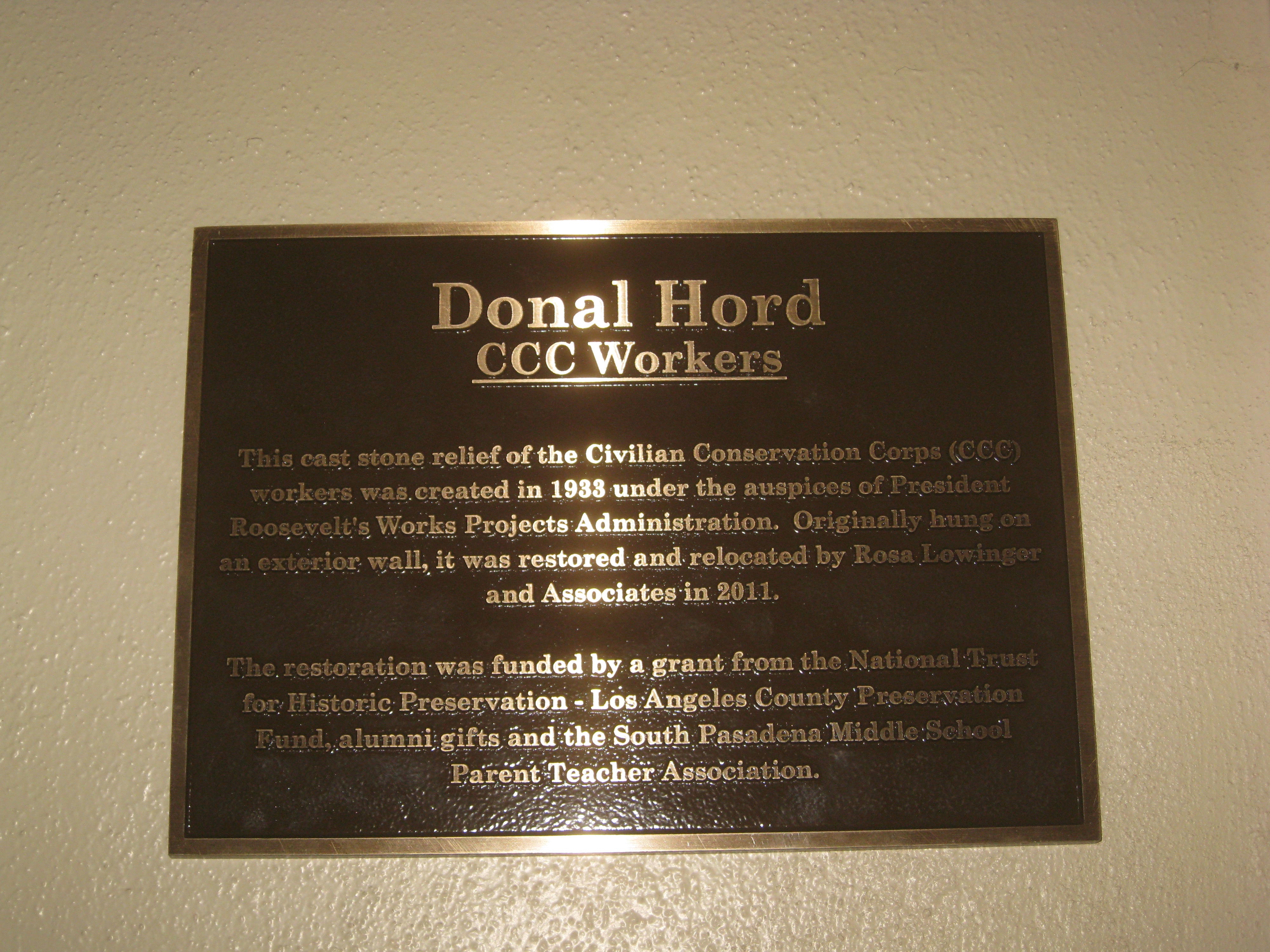 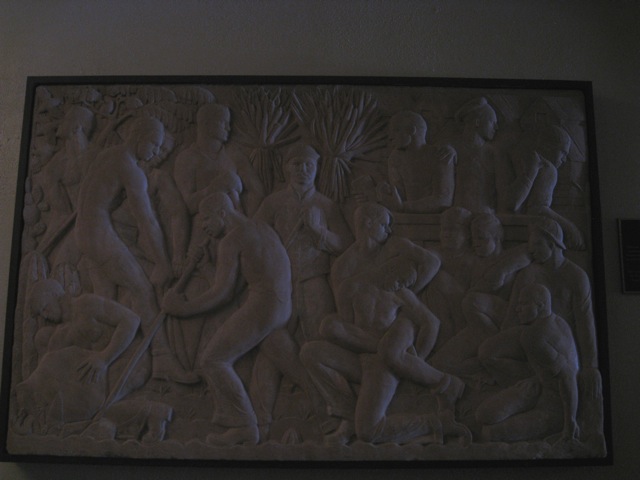 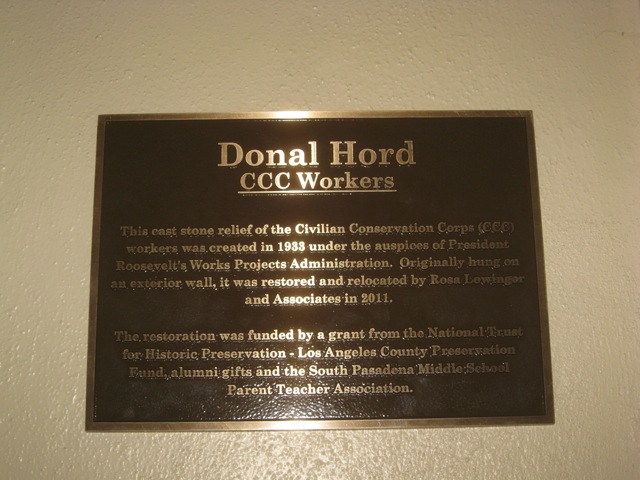