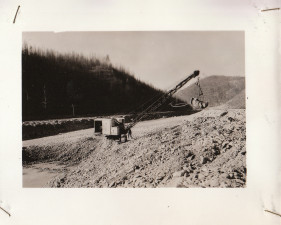 Emergency relief crews, including WPA and CCC workers, undertook cleanup and dredging in Wallace and nearby towns after persistent flooding of the Coeur d’Alene River in 1933 and 1934. From the University of Idaho archives, describing the collection on file:

“The floods of 1933 were by far the worst. Three days of torrential rains in early June sent the Coeur d’Alene River and its tributaries over their banks. Then on December 21 a sudden thaw accompanied by heavy rains caused landslides and flooding. Coeur d’Alene Lake reached an all time high level of 2139.5 feet above sea level–two feet higher than the record levels of 1894 and 1917. The South Fork of the Coeur d’Alene River and Placer Creek went over their banks inundating the eastern and western sections of Wallace; then on December 22 Nine Mile Creek overflowed its banks, adding to the already extensive destruction. On December 23 the storm stopped, the weather turned cold and by the 26th the rivers were back in their banks, leaving behind nearly one million dollars worth of property damage in Wallace alone. It was estimated that property damage in Shoshone County reached three and a half million dollars. March 27-29, 1934 saw more heavy rains and consequently more flooding. Mullan, Wallace, and Kellogg sustained approximately $100,000 damage in the April 18, 1938 flood.

Harry Marsh, who directed the clean-up operations after the December 1933 flood, was the driving force behind the flood control project which is the subject of this archival group.

This series is composed of the correspondence of Harry Marsh, District Administrator of District #5 of the Idaho Emergency Relief Administration, and concerns his 1935 application to the War Department for federal W.P.A. funds to implement a flood control project in Shoshone County. After being favorably acted upon at the local and regional levels, the application was denied at the national level due to lack of funds. In November 1934 a transient camp was established near Wallace and men from this camp began work on the project.

Among the items in this series are an outline of the flood control project dated August 2, 1935 and two applications to the Works Progress Administration dated November 12, 1935 and November 18, 1939. There are also sketchy statements of the amount of money expended for the repair of the 1933 flood damage by the counties and the federal government. 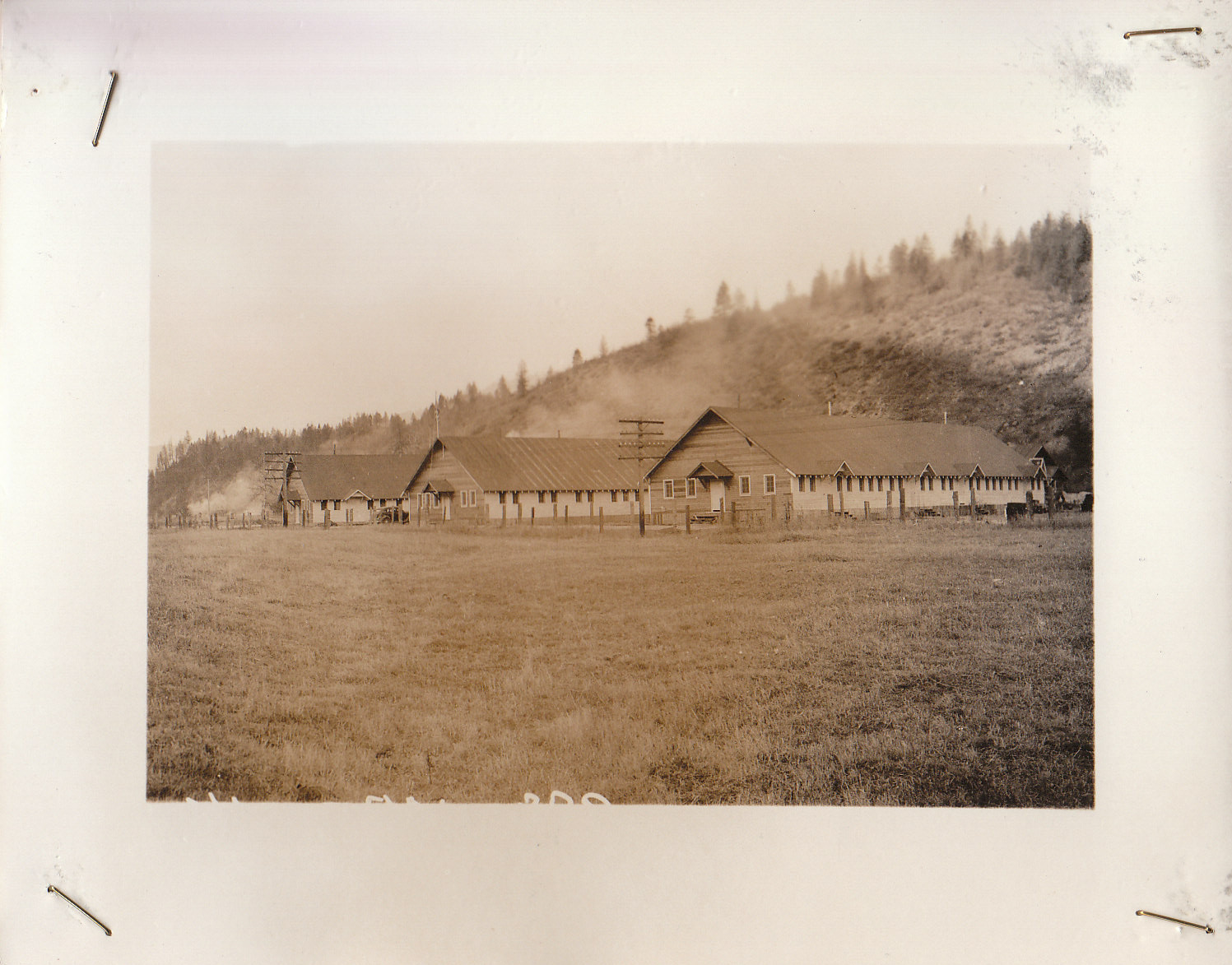