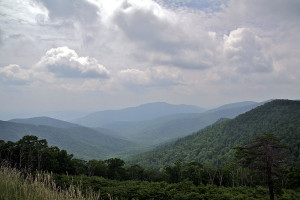 “Between May 11, 1933 and March 31, 1942, ten CCC camps were established within, or on leased land adjacent to, Shenandoah. At any one time, more than 1,000 boys and young men lived in camps supervised by the Army and worked on projects directed by the Service and the Bureau of Public Roads.

Until the park was established officially on December 26, 1935, the bulk of CCC activity took place on the narrow 100 foot right-of-way of the Skyline Drive, in the few areas of purchased or donated land transferred to the federal government by the Commonwealth of Virginia, or on leased lands. Thus the earliest park development was concentrated at the existing 6,400 acre 19th century resort Skyland, at the lands adjacent to Herbert Hoover’s Rapidan River fishing camp, and at Big Meadows, where the Commonwealth had purchased most of the existing land. The earliest CCC projects were concerned with the building of trails, fire roads and towers, log comfort stations, construction projects associated with the Skyline Drive, and picnic grounds within this narrow corridor.

By the close of 1934, and after the settlement of a Supreme Court suit challenging the constitutionality of Virginia’s blanket condemnation of lands to create the park, the Commonwealth took title to the 176,429 acres that would be accepted by the federal government once Secretary of the Interior Harold Ickes was satisfied that the park would be cleared of residents. However, from this time on, by letter of authority from Virginia, the Service initiated CCC projects throughout the future park area. These projects fall into the broad categories of facilities development, roads and trails construction, and landscape architecture and engineering.

To accomplish these objectives, by 1935 the CCC had in place a sawmill that produced the materials to construct park buildings (most often from chestnut cut from trees killed over a decade earlier by the blight), a shingle mill to produce the characteristic hand-made concrete tiles simulating wood shingles used on many of Shenandoah’s buildings, a blacksmith shop turning out hinges, latches, sign brackets, and tools, and a sign shop producing the hand-routed chestnut signboards emulating the standards established for the western parks. Plant nurseries were established at the camps at Front Royal and Big Meadows to grow seeds collected from trees within the park and to “heel-in” plants purchased from commercial nurseries or obtained from other parks-materials to be used to revegetate areas disturbed by construction.

Supervised by Harvey Benson, landscape architect for the Skyline Drive and subsequently for Shenandoah National Park, the CCC boys went back to correct initial design failings of the 100-foot right-of-way of the Skyline Drive. Cut and fill slopes were flattened; horizontal and vertical curves were adjusted; overlooks, not possible in the earlier design, were constructed; guardrails, guard walls, and stone gutters were built; and all disturbed areas were landscaped with trees, shrubs, and herbaceous materials-some from park nurseries, some from commercial sources, and many transplanted from other developed areas.

Recent research suggests that no area within immediate view of the Skyline Drive in fact is natural. The CCC “improved” the Skyline Drive corridor by removing dead chestnuts, thinning the understory and removing deadwood for fire control, removing the vectors for pine bark blister rust, attempting to eliminate Ailanthus altissima (a largely futile eight year campaign) and trying to reestablish “relic” and/or “vestigial” plants (in some cases today’s Rare, Threatened, and Endangered species). These efforts all were part of Benson’s careful creation of “natural” vistas and varied topographic features along the length of the Drive and within the developing visitor use areas…

After the official establishment of the park in 1935, CCC activities were expanded to include the entire expanded acreage. Except on the few dozen properties where residents were given life estates, the charge of the CCC boys was to remove all evidence of human occupation (in spite of official policy that some of these homes were to be preserved and restored for interpretation). Houses and outbuildings were dismantled for salvage materials for resettlement community structures or were burned, fences were removed, gardens and orchards were obliterated, and the work areas were replanted, seeded, or sodded. Many known twentieth century occupation sites in Shenandoah are invisible today due to the CCC’s mandate to return the land to its “natural state.”

Yet serious examinations of the efforts of the Civilian Conservation Corps within Shenandoah National Park challenge us to reevaluate our traditional definition and understanding of natural processes and “natural” parks.”   (http://www.nps.gov/) 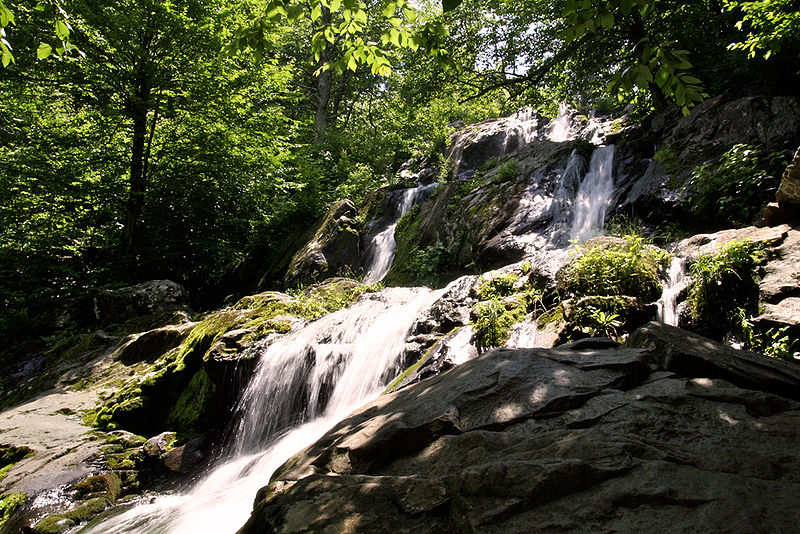