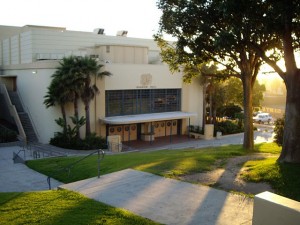 “The Barnum Hall Theatre was built in 1938 by the Federal Works Project Administration (WPA) and also served as the Santa Monica Civic Auditorium when it was first built. It was designed to be a cultural center to the Santa Monica community, hosting concerts, plays, musicals, even opera, ballet and guest solo artists. For many years it did just that, enhancing Santa Monica’s reputation as a fine arts community.

Barnum Hall was designed by the architectural firm of Marsh, Smith & Powell…

Barnum Hall’s design went way beyond those of a traditional high school theatre. Eminent Santa Monica artist, Stanton MacDonald-Wright directed leading WPA artisans to create such works as the Viking mural on the fire curtain and the mosaic in the lobby. Additionally on the front facade of the hall is a concrete bas-relief of a comedy-tragedy mask and musical instruments portrayed in the art deco style that was preeminent for many public buildings in the 1930’s.

As a fine example of Streamline-Art Deco design, the structure has aesthetic value that contributes to the overall high school campus, anchoring the school with a historic reference to its earlier stages of development. The primary (east) elevation including the multi-door theatre entrance and a large multi-paned glazed grid has special artistic value due to an Art Deco motif that is incorporated into the concrete bas-relief centrally located over the large grid window. Emphasizing the geometric form, the bas-relief depicts the Greek tragedy and comedy masks and stylized musical instruments. Furthermore, interior public areas of the building contain two pieces of artwork, a fire curtain mural and a large mosaic piece, that are aesthetically and artistically significant. The fire curtain mural is entitled “Entrance of the Gods into Valhalla.” The mosaic piece is called “Landing of the Vikings in Vinland.” Both pieces are the work of internationally recognized artist Stanton MacDonald-Wright and were funded and completed as part of the WPA relief program.

“Originally, the theater was painted in shades of green, in the period’s deco/moderne style, with green quarry tile in the lobby and contrasting darker green carpeting and seat upholstery. At its completion, the theater was one of the finest Art Deco theaters of its time…

The auditorium was renamed Barnum Hall in 1944, when it was dedicated to the memory of Samohi’s distinguished former principal, William F. Barnum. In 1953, Barnum Hall was supplanted by the newly constructed Santa Monica Civic Auditorium as the main site for cultural events.

Barnum Hall underwent an extensive renovation from 1999-2004, with funding from local and state bond measures and nearly $1 million dollars in donations from the community and Samohi alums. Because of this work, [Santa Monica High] still enjoys one of the best school auditoriums in the state.”

The comedy and tragedy bas-reliefs on the facade were created in 1937 by Ella Buchanan and Stefan de Vriendt. 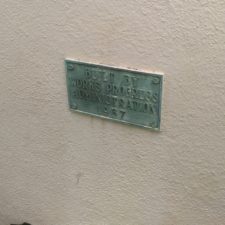 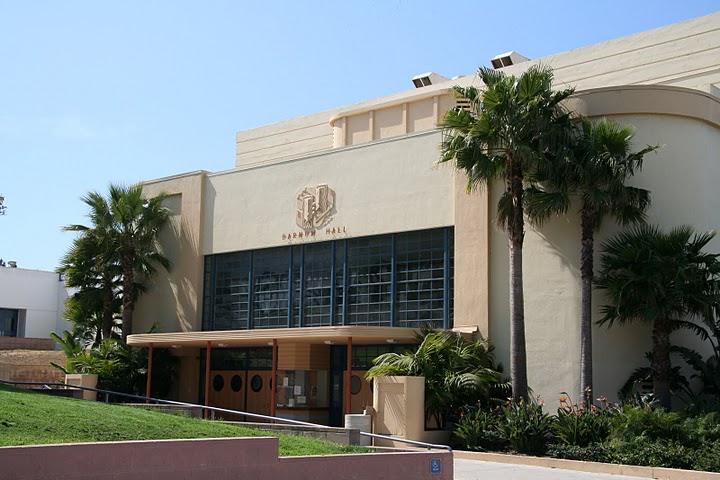 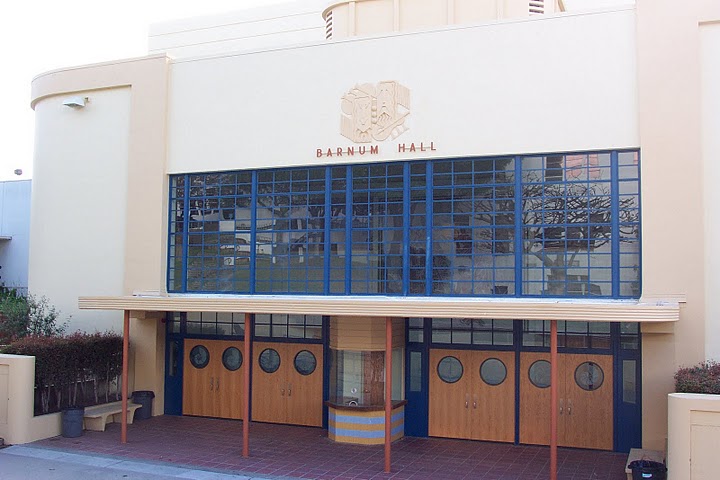 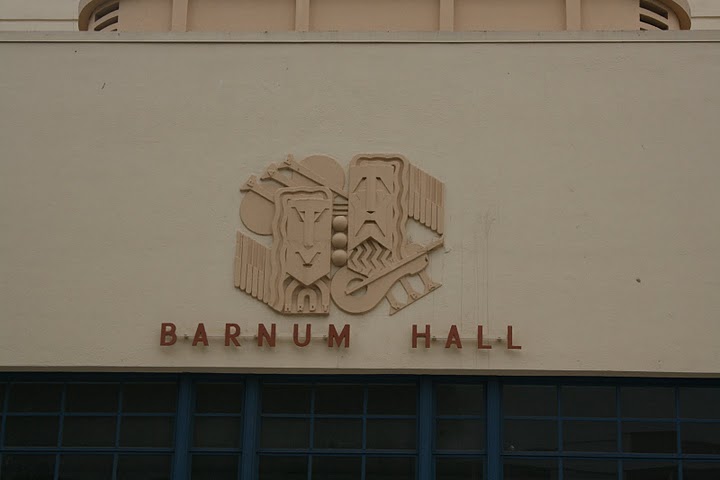 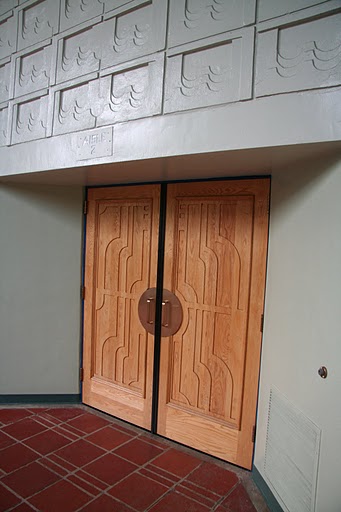 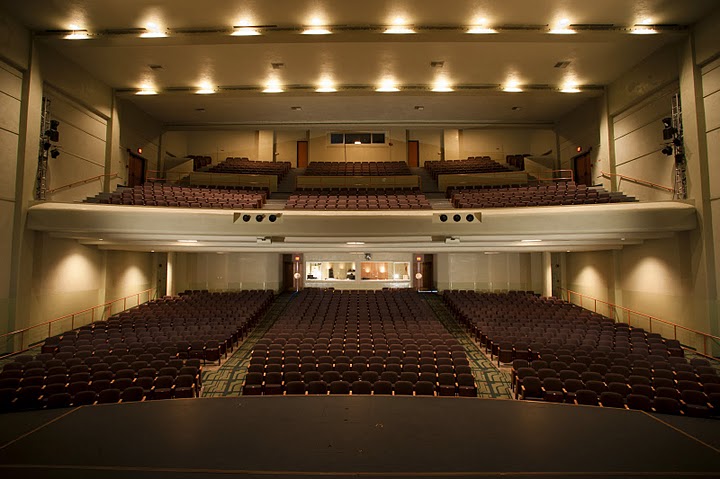 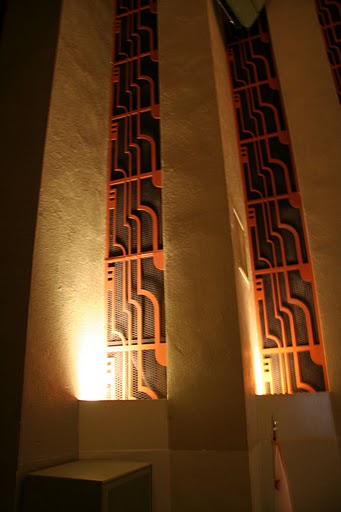 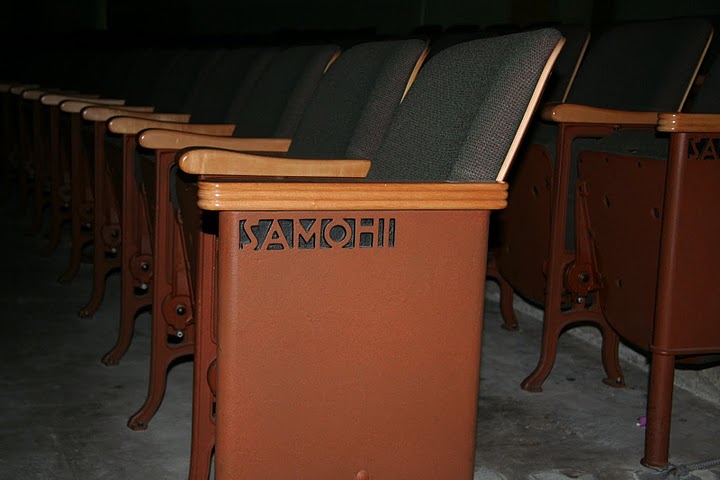