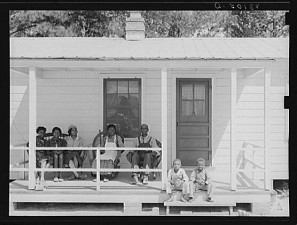 Sabine Farms was one of 200 New Deal Resettlement Administration communities and one of only thirteen set aside for African Americans.

‘They built about 80 homes – half in Harrison County and half in Panola County,’ explained Ms. Murray.

In addition, a 19.3 acre community center was constructed that included a caretaker’s house, an auditorium, a home economics building and beauty shop, a farm shop, a health center, the cooperative grocery store and cannery, a dormitory and dining hall, slaughter house, barbecue pit, a well and combination water tower and office building, according to the paper…

According to their research, the average farm was 150 acres with about 20 percent too rough or low for cultivation but usable for pasture land and a fourth of the land tillable land was planted with cotton.

The 80 families, with more than 400 people, settled the farms.

The homes consisted of a combination kitchen dining room, bathroom, bedrooms, a porch and work porch in addition to a barn, poultry house, hog house, pump house and pit toilet. The houses were built of wood on concrete pier foundations and water was supplied to the home from a well and pressure tank.

“There are still a number of the houses out there that have not been altered much, said Ms. Beil.

The family also received funds to purchase 25 chickens, three cows, one hog and team of mules, harness, plow and cultivator, according to the researchers.

Approved families received a five-year lease in which they paid between $3,000 and $5,000. After that period, the family could purchase the farm and receive title to it.”   (http://www.marshallnewsmessenger.com)

“Around 1960 the complex began to deteriorate, and many of the buildings are now removed except for the Community Center, which is threatened by neglect.”   (http://www.preservationtexas.org)

In 2010, the site received a Historical Endangered Site marker. 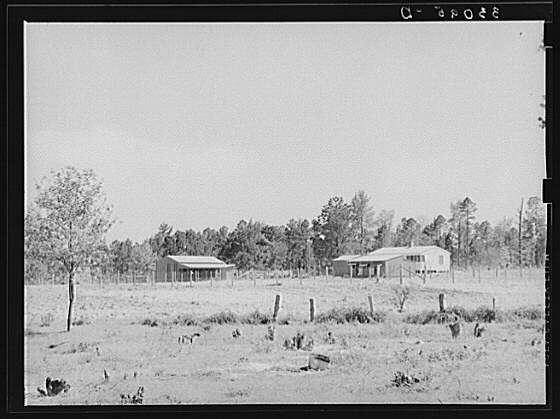