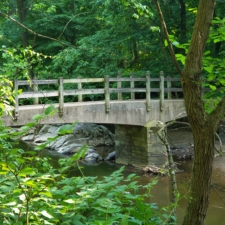 The New Deal contributed substantially to the betterment of Rock Creek Park in the 1930s.  This involved a number of federal agencies.

Rock Creek Park is a key greenway in the District of Columbia and, at 1750 acres, is almost twice the size of Central Park in New York.  It was established by Congress in 1890, making it officially a National Park at the time.  It featured prominently in the far-reaching plans for the District of Columbia by the McMillan Commission in 1901-02 and the Olmsted Brothers report of 1918, which envisioned a major park with a scenic parkway running through it.

In 1926, Congress created a National Capital Park and Planning Commission to oversee all the parks in the District of Columbia.  At the dawn of the New Deal, the parks commission came under the National Park Service (NPS), when all parks, parkways and memorials around Washington DC were consolidated by Executive Order of President Franklin D. Roosevelt in 1933.

The NPS immediately took charge of Rock Creek park’s improvement.  It assigned landscape architect Malcolm Kirkpatrick and plant pathologist E. P. Meinecke to survey the park’s condition. As Timothy Davis (1996, p 83) notes:  “Both men were appalled with the condition of the park’s road system, woodlands, streams, and structures, which they attributed to poor management, inadequate appropriations, and confusion caused by the park’s status as a combination urban park and nature reserve, along with an inability to develop a proper relationship between automobile use and other park values.”

So the Park Service enlisted the aid of New Deal public works and unemployment relief agencies to improve the park.  Here are the general outlines of that work; further details are provided on related projects at Rock Creek Park. (NB: specific locations are often impossible to determine from archival sources).

The Public Works Administration (PWA) gave money for five new footbridges and work on the bridle paths. The five bridges were built in 1934-35. We are not certain if the CCC  built those five bridges, but it is most likely.

A HABS Survey report details CCC work in the park from 1937 to 1942. This included a field house, two garages, and a section of Beach Drive.  The enrollees landscaped around Pierce Mill, the Rock Creek and Potomac Parkway overpass, and removed ‘infected’ trees.  They further engaged in experimental erosion control, emergency flood control, cleared the creek channel and put rip rap along the channel near the Massachusetts Avenue Bridge.

In 1937, 250 WPA enrollees built a recreation center on the site of the defunct Brightwood Reservoir.

Rock Creek Historic District was listed on the National Register of Historic Places on October 23, 1991. 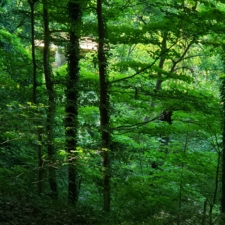 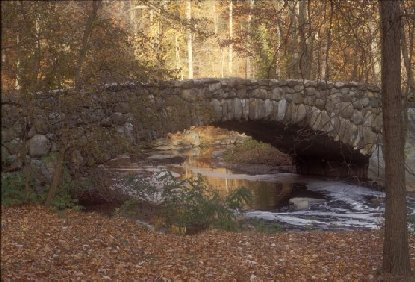 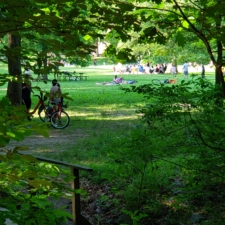 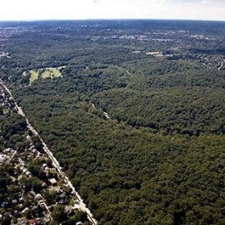 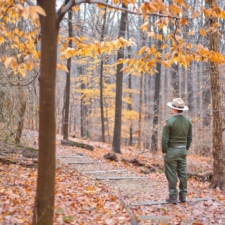 Project originally submitted by Brent McKee - wpatoday.org on May 11, 2012.
Additional contributions by Richard A Walker.