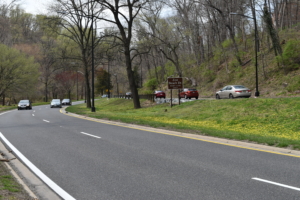 The Parkway runs 2.5 miles from the Lincoln Memorial on the Potomac River along Rock Creek to the Connecticut Avenue bridge, just south of the National Zoo.   At that point, the road becomes Beach Drive and the Parkway join Rock Creek Park.  The two are separate units of the National Capital Parks system, though they are often thought of as one. The popular name for the road and adjoining greenway is “Rock Creek Parkway”.

The Parkway was authorized by Congress in 1913, under the newly-formed Rock Creek and Potomac Parkway Commission (Davis 1991-92), and a decade of planning and politics followed.  After the project was officially launched in 1923, the rest of the decade was taken up with final plans, land acquisition, clearance of vegetation, and grading.  Construction was slow to get off the ground, owing to meager appropriations from Congress, but took off in 1931-32.   It could not be completed, however, through the middle stretch between P and K Streets.

The remaining obstacles were the need to rebuild the upper and lower level P Street bridges, finish clearing the creek valley from P to K street (c. Pennsylvania Avenue), and clear the section between P and Q streets where the hillside had collapsed onto the roadway in 1933.  Lack of money was the chief obstacle.

The PWA provided funds for the P-Street overpass and lower roadway bridge in late 1933 and when those bridges were finished in July 1936, the Rock Creek and Potomac Parkway could finally be opened to traffic over its full length – though landscape work continued for some time after that.

Meanwhile, in 1934 Secretary of Interior Harold L. Ickes allotted $165,000 for the Parkway out of NPS funds for road and trail construction in the National Parks. The PWA added another $80,000 in 1935 and the District of Columbia offered up to $100,000  (Davis, p 100-101).  The required work was undertaken by CWA, WPA and CCC enrollees working under the supervision of the NPS.

First came the CWA to do prepare the area below P street:  “The valley between [K and P street] was the scene of intensive excavations during 1933-34. Grading equipment, dump trucks, and crews from the Construction (sic) Works Administration armed with picks and shovels hacked away at the steep banks of fill on the west side of the valley. This massive effort continued throughout 1934 and into 1935. The earlier bridle path had followed the east side of Rock Creek, but the removal of hundreds of tons of ashes and other debris carved out enough room to fit both parkway and bridle path on the Georgetown side of the creek.” (Davis 1991-92, p. 100)

Meanwhile, the CCC did work, as well: “[including] excavation of the stream channel and rip-rapping both banks, reducing slope gradient and improving soil for erosion control, construction of a wall, top soiling, fine grading, seeding, sodding, and planting 20,000 trees and shrubs.” (HABS-858)

Davis (p. 134) adds that, “A wide variety of species were planted during and after the main parkway construction.  WPA and other work-relief crews were extensively employed for grading, seeding, sodding, and planting operations in the mid 1930s.”

The WPA also restored areas of the road and parkway damaged by flooding in March 1936, described as “a beautiful boulevard drive extending into Georgetown” as part of waterfront beautification and restoration efforts – evidently, the lower end of the Parkway along the Potomac (Work 1936).

Today, it is hard to identify the evidence of all this relief work, which so dramatically altered the landscape of the middle section of the Parkway; but there are rock walls along the road and on the hillsides, riprap in the stream channel, and nearly century-old trees that undoubtedly remain from the New Deal era.

The R0ck Creek and Potomac Parkway was first envisioned by the McMillan Commission plan for parks and public buildings in the District of Columbia in 1901-02 and subsequent reports and plans by the Olmsted Brothers and others. It was originally a classic City Beautiful design from the early 20th century, linking Rock Creek Park and Potomac Park while wending its way along scenic Rock Creek.   But much has changed over that time and it now functions chiefly as a thoroughfare for District residents and suburban commuters.

Today, the lower portion of the Parkway is highly urbanized and crossed by the Whitehurst Freeway, but it maintains the original rural aspect above the Pennsylvania Street bridge.  The central portion from the Dumbarton Bridge to the Massachusetts Avenue Bridge has a grass median to enhance the scenic driving experience and is well known for its abundant daffodils each Spring (possibly planted by CCC or WPA workers!).  Bridle paths were an integral part of the original design but most have been converted to foot and bike paths, especially the main path along Rock Creek.

Much of the original park-like setting of the highway has been conserved and conversion to a freeway successfully fought off in the 1950s. The tunnel under the National Zoo was first planned under the New Deal (Davis p. 112), but not finished until 1966.  The Parkway was listed on the National Register of Historic Places on May 4, 2005. 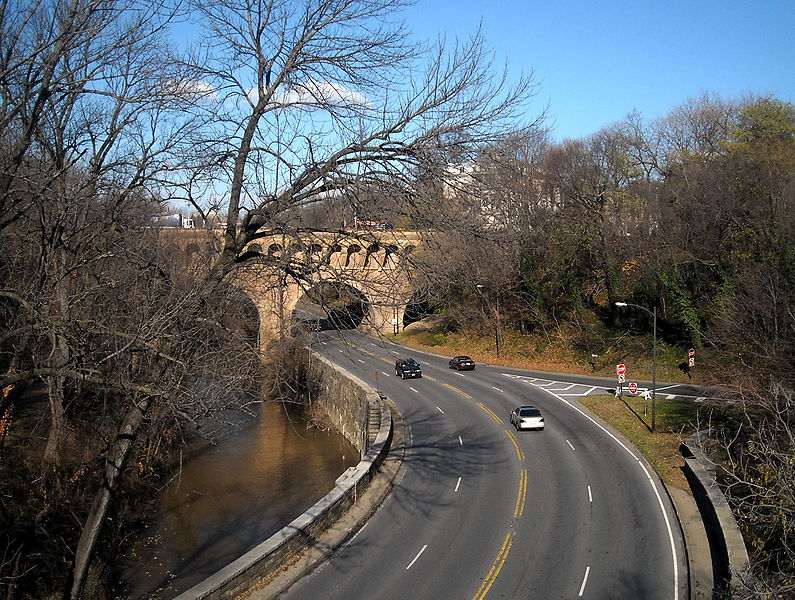 Dumbarton Bridge and the Rock Creek and Potomac Parkway, as viewed from the P Street Bridge 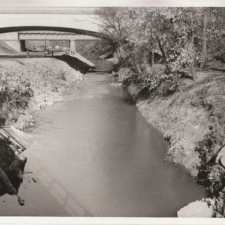 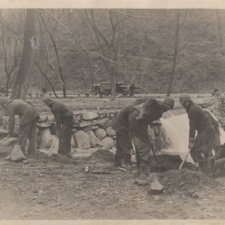 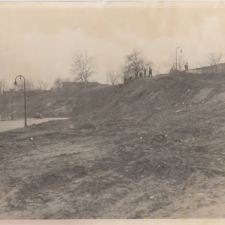 Project originally submitted by Brent McKee - wpatoday.org on May 25, 2013.
Additional contributions by Richard A Walker.