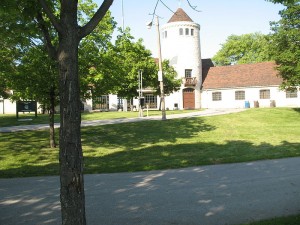 "…the Point was a part of the famous Daniel Burnham Plan for Chicago of 1909, was developed in the 1920s and landscaped in 1937 as a WPA project by the late Alfred Caldwell… One of its major aspects is a continuous edge of stratified limestone along the shore of Lake Michigan. This feature is typical of the Prairie Style of landscape architecture…"
(Hyde Park Herald, 2001)

"In the mid-1930s, an infusion of labor and money from the new Deal's Works Progress Administration (WPA) led Donahue to approve the development of the Promontory. The Point's distinctive fieldhouse was designed by park district architect Buchsbaum, and built in 1937 with the help of skilled WPA craftsmen…The 55th St. Promontory, as it was then called, opened to the public in the fall of 1937."
(Hyde Park Herald, 1985) 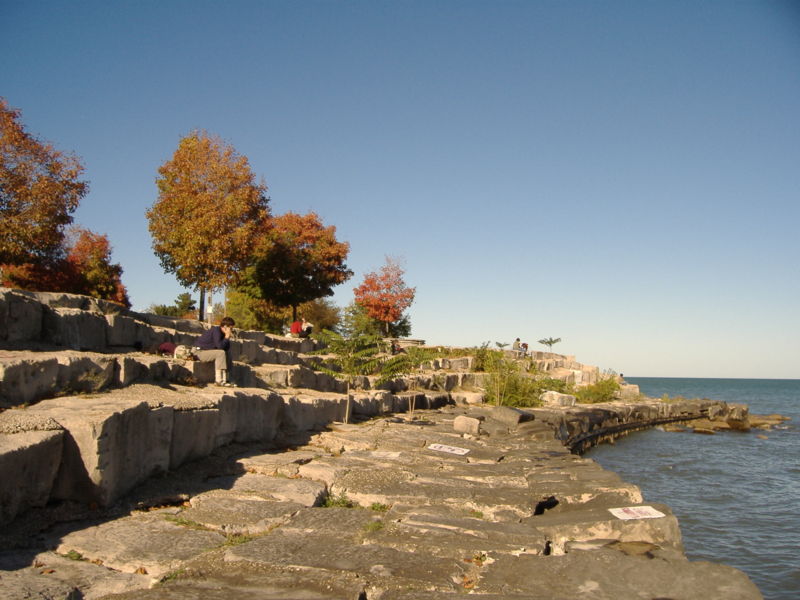 Rock work along the lake. View from the south side of the Point.