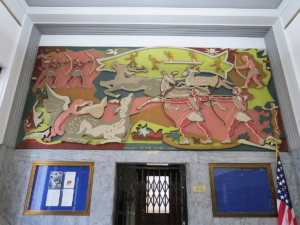 The historic Cortland post office houses a wonderfully unique example of New Deal artwork: a painted wooden relief entitled “Valley of the Seven Hills” completed in 1943 by Ryah Ludins. The work, which was commissioned by the Section of Fine Arts, can be seen in the post office lobby to this day. 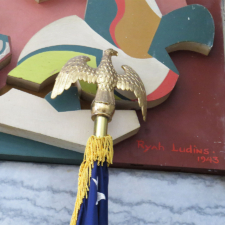