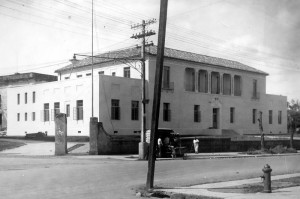 The historic main post office building in Mayagüez, Puerto Rico was constructed with Treasury Department funds in 1935. It is the only traditional, fully New Deal post office on the island, and the only one in Puerto Rico that features New Deal artwork. The building was named in honor of Miguel Angel García Méndez in 2007.

NRHP:
“The United States Post Office and Court House is a two-story, rectangular structure with one story wings at each side. The building sits on a privileged site in Mayagüez, slightly raised, claiming different vistas from town. A concrete and iron fence circles the landscaped area.”

“The 1935 structure built by the United States government, being most distinguished and architecturally significant, emerges as an excellent representative of the period in which it was built. The Post Office symbolizes the initial efforts of the American government to sponsor, foster and stimulate construction on the Island. As such, it is among several edifices used for institutional purposes (schools, health facilities and such) that would become references and precedents for subsequent construction in Puerto Rico.” 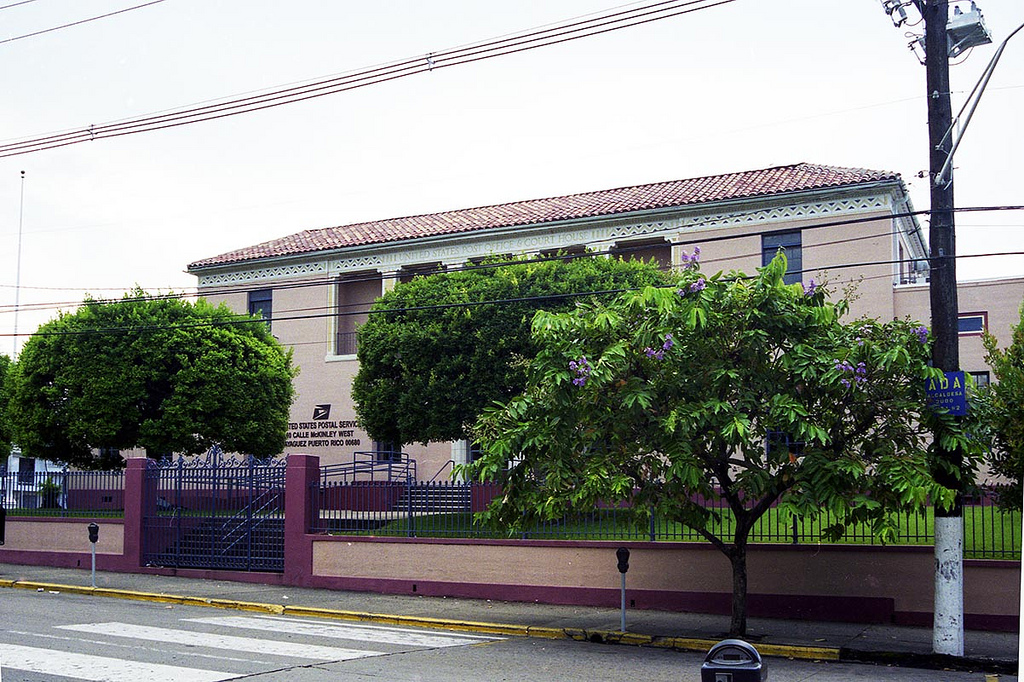