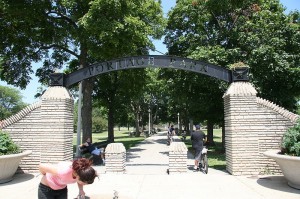 Intersection of Irving Park Road and Central Avenue in Chicago

Portage Park is located between West Irving Park Road to the South, West Berteau Avenue to the North, North Long Avenue to the East, and North Central Avenue to the West; it occupies four city blocks and has an area of 37 acres . It was established in 1913, as a means to increase property values for the neighboring homes and provide residents with space for recreational and cultural activities.

Originally, the park was essentially its own park district, one of 22 individual “districts” existing in Chicago at the time. In 1934, William Martin was elected as head of the Southwest Portage Park district. He had served as president before and was noted for his civic and improvement club work over the prior seven years . Later that year, under Franklin D. Roosevelt’s New Deal funding for the Works Progress Administration, the Chicago Park District was created, unifying the 22 individual commissions which were at the time financially struggling. Approved by voters, the Park Consolidation Act of 1934 helped streamline operations and manage funding more efficiently. The WPA also provided $82 million dollars of funding for improvement projects throughout over 130 CPD parks and beaches, including Portage Park.

Funding provided by the WPA to Portage Park allowed for many improvement projects, including necessary repair work as well as simply beautification. The following are some of these improvements:

• A new pool was funded in April of 1937, at an estimated cost of $9000 . The pool was originally a natural lagoon and was repaved with help from WPA dollars in an attempt to stem the spread of polio . The pool has since been replaced with an Olympic sized pool in 1959, in preparation for the Pan American Games that took place.

• The field house, designed by Chicago native Clarence Hatzfeld and completed in 1922 , gained “comfort stations” and became the scene of cultural activities and performances. In the late summer of 1940, it was the stage for a performance of “Midsummer Night’s Dream” . The field house was added to the National Register of Historic Places in 1995viii and is used to this day as a cultural center for the community.

• WPA workers added plantings of trees and flowers throughout the park. In January of 1937, two flower shows were mapped to take place at Portage Park.

In addition to beautifying the space with new plantings, elaborate stonework was also done as a part of the New Deal funding. The stonework includes beautifully whimsical arches, gateways, and fountains. The archway located on the Southwest corner of Irving Park and Central, as well as the gate entrance to the park in the middle of Irving Park Road are still a welcoming and notable characteristic to visitors of the park today. The park is still maintained by the Chicago Park District. 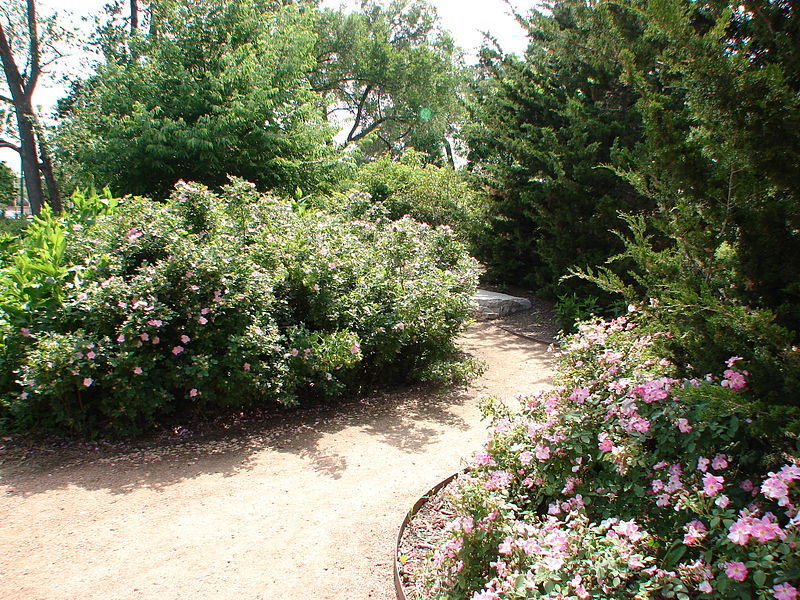 Project originally submitted by Joanne Kosycarz, Erin TerBeek on May 21, 2013.