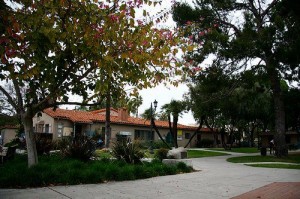 Originally called the Great Hall-Long Hall buildings, the Plummer Park Community Clubhouse buildings were built by the WPA in 1938 in the Spanish Colonial Revival style.

The Clubhouse was designated by the California Historic Resources Commission on May 1, 2013 and it was placed on the National Register of Historic Places by the Keeper in Washington on July 22, 2013.

“The commission approved the nomination on the grounds the buildings are strong examples of Spanish Colonial revival architecture and because they were built by the Work Projects Administration (WPA), the Depression-era government-funded department that constructed many highways, parks and public buildings across the nation.

Jay Correia, a supervisor with the state’s Office of Historic Preservation, told the commission the Great Hall-Long Hall buildings still have a ‘high degree of integrity.'”   (http://westhollywood.patch.com) 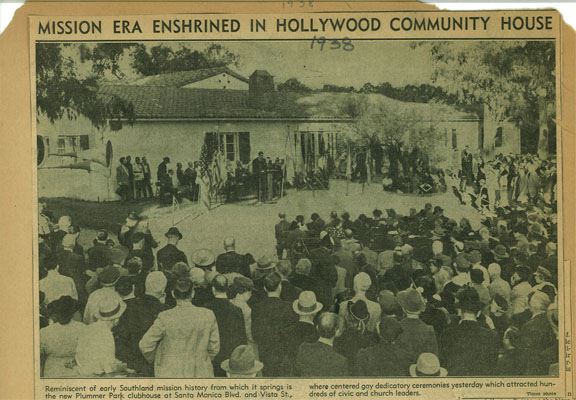