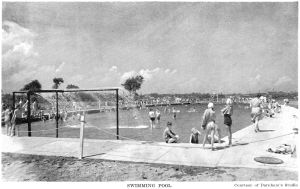 “The Peirce Island Outdoor Pool in Portsmouth, New Hampshire (population 21,000), is a Great Depression–era municipal facility that has served several generations during its 69-year history. The pool’s unique location, storied past, and status as a beloved recreational asset make it distinctive.
The pool sits on a 27-acre municipally-owned island adjacent to Portsmouth’s downtown. Purchased in 1923 for $11,000, Peirce Island is a popular recreation asset that also offers a boat launch, a network of walking trails, shore access for fishing, a playground, a sand volleyball court, and picnic areas.

[Initially proposed in 1934 as a C.W.A. project, the shut down of the CWA and other factors probably delayed construction.] Built in 1937 by the federal Works Progress Administration, the pool is 100 feet wide. It slopes from 14 inches to maximum depth of 6 feet over its 300-foot length. Its location on the shore of the tidal Piscataqua River provides a unique view of the Portsmouth Naval Shipyard, as well as cargo ships, tugboats, and other watercraft traveling to and from the Atlantic Ocean.

When the city purchased Peirce Island in 1923, “a swimming pool or beach and a general playground for the people” were immediately envisioned. In 1944, a complete redesign of the pool was carried out, and by 1946, Mary Dondero, Portsmouth’s mayor at the time, described it as the “finest swimming pool in New England” and one of her administration’s highlights.

Every year for about 20 years, the city opened sluice gates from the river to fill one-fourth of the pool, and then pumped in fresh water to complete the operation. This process was designed to preserve fresh water supplies and maintain water pressure. Silt and salt had a costly impact on the filtration system, however, and the city abandoned this custom in the 1960s.

In the 1970s, pollution problems and a need for costly repairs forced the closure of the pool for several years. A fund for renovating the pool was established, and the pool reopened in 1979. It has operated continuously ever since.”

In the 1934 Annual Report of Portsmouth New Hampshire, the swimming pool is listed as a CWA project, with an appropriation of $8,014.53

In 1947, after a decade of public use, the town of Portsmouth completed improvements to the WPA-built pool. According to the 1947 Annual Report of Portsmouth, New Hampshire, “Extensive repairs were made on the swimming pool. A new cement bottom and sides with a scum gutter were constructed. Also, a four-foot cement walk was made completely around the pool. This pool is one of the largest in New England, being 300 ft. long and 90 ft. wide. Fresh water from the city water supply, at the rate of 700 gallons per minute, is added each day. The depth ranges from 10 ft. to 18 inches. The surrounding was graded and seeded—the first step in beautifying Pierce Island, and making it an attractive recreation area for young and old. ThePool wasdedicated by Mayor, Mary C. Dondero to the veterans of Portsmouth and proper exercises were held. The plaque was a gift of the Mayor.” 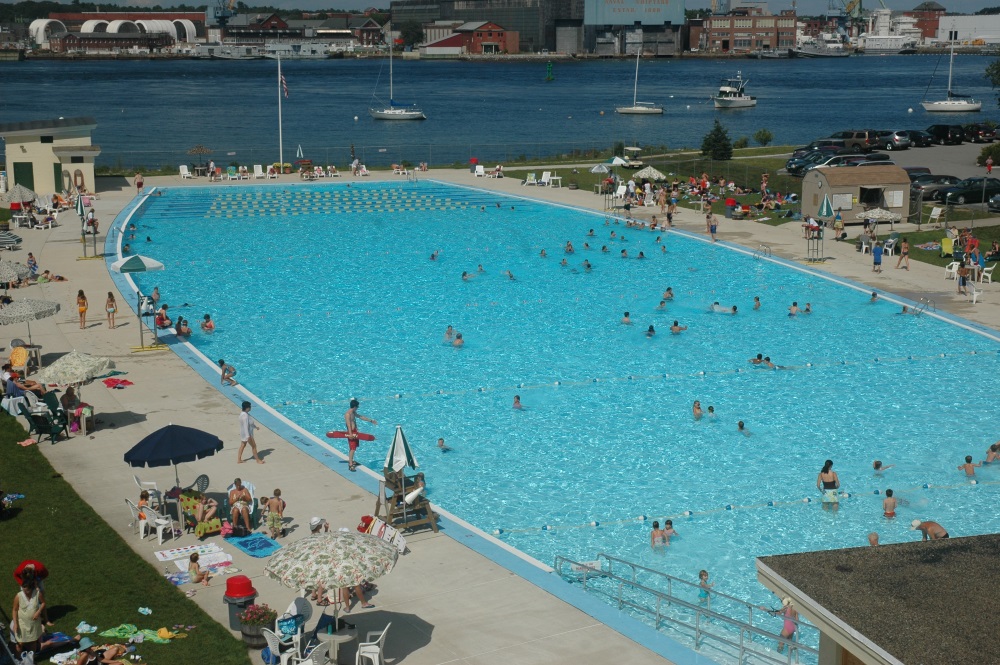 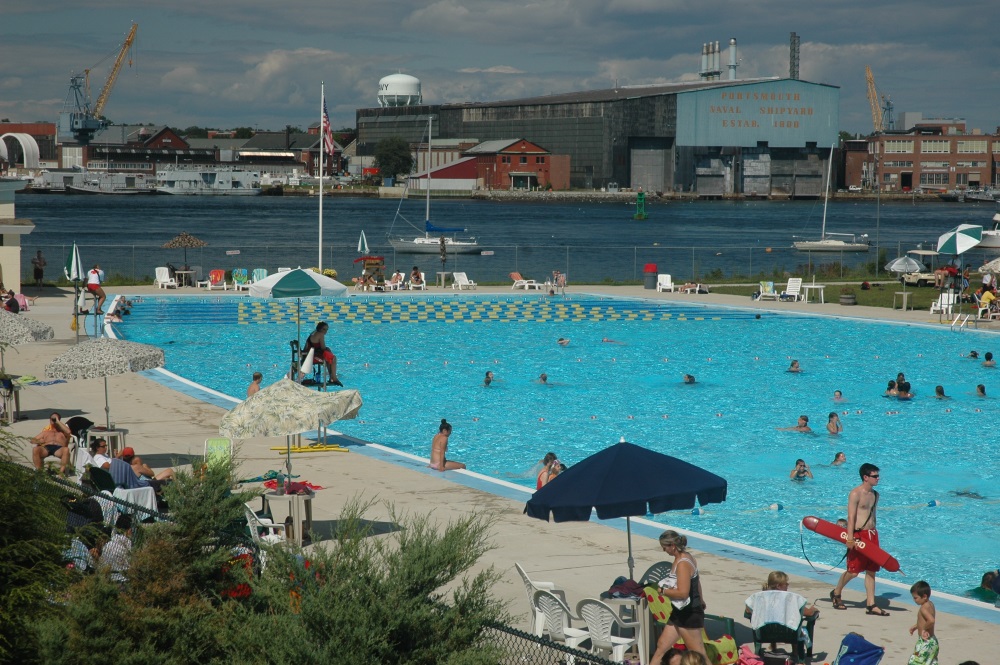 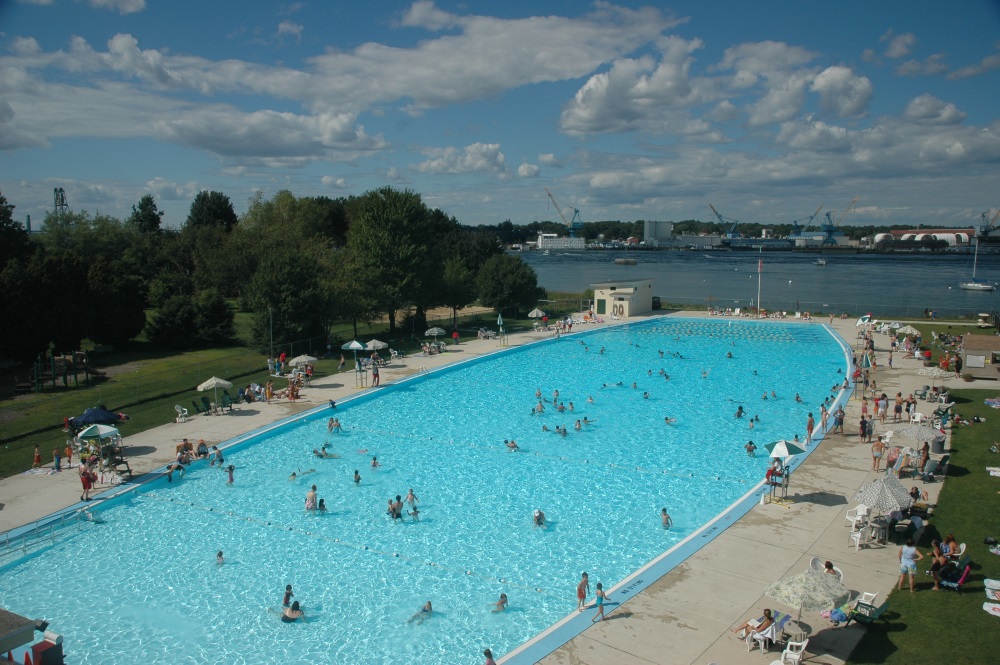