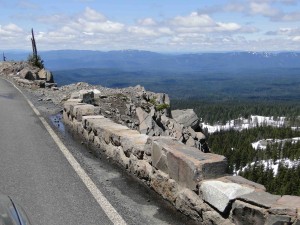 “The ultimate direction of development in the parks became an important issue due to the increase in construction activity during the administration of President Herbert Hoover. To ensure that this activity was proceeding in an orderly fashion, long-term planning was essential.

Serious work along this line began in FY 1931, and resulted in the preparation by Vint and Sager of a master plan program for the National Park Service. The first Service master plans were six-year ones to be revised each year as work was completed. Each landscape architect was responsible for developing plans for his particular field areas. By mid-1932 plans were either finished or underway for all the western parks and monuments. By Franklin Roosevelt’s inauguration in March 1933, each national park and monument already had an advance planning program prepared by the Branch of Plans and Design, consisting of sheets showing existing and proposed development in each area of the park or monument, the specific development plans to extend through FY 1939.

Park Service interests continued to be favored under the new administration, because Roosevelt wanted to incorporate the needs and expertise of the Service into his relief programs. He introduced the concept of a Civilian Conservation Corps immediately after taking office, and in March 1933 the Emergency Conservation Work (E.C.W.) Act was inaugurated. Under this plan, the Department of Labor recruited young men, the War Department organized and transported them, and the Departments of Agriculture and Interior put them to work. The National Park Service received enrollees through the Interior allotment. The bureaus who were to administer the field work, including the NPS, felt the CCC could do more than simple manual labor, but the latter’s landscape professionals made it clear from the beginning that emergency park development would be carried out under the same standards as previous work and be controlled by landscape architects. By mid-summer, seventy CCC camps were underway in national parks and monuments.

The NPS field landscape architects were deeply involved with the CCC program in the parks, but the CCC did not at first fully participate in all phases of NPS programs. The CCC was not a major builder of rustic structures in the beginning, primarily because the techniques required in rustic construction were thought to be too complex for unskilled young enrollees. Also restricting their participation in larger building projects was an administrative order that structures erected by the CCC could not cost over $1,500. At first, therefore, enrollees in western parks labored only on roads and trails. As CCC organization improved and the skills of its young men became better identified, however, enrollees became involved in minor structural projects. During the first summer, these consisted mainly of small, wood frame buildings of simple design. Many were intended for temporary use by the CCC, but others were permanent NPS structures. Generally the permanent park buildings were not intended for public view and use and were therefore not highly stylized. Designed by the Landscape Division, these maintenance sheds, barns, and cabins were usually non-intrusive only to the extent that they possessed rough-sawed wood exteriors and were finished in various tones of brown or gray.

The creation of the Public Works Administration in June 1933 temporarily diverted attempts to make the early CCC a major factor in the park development program. Created as part of the National Industrial Recovery Act, the PWA had many responsibilities, including the awarding of grants to federal agencies for the construction of roads, buildings, water systems, and other physical improvements. Through these programs the PWA hoped to stimulate industrial production and the employment of skilled labor and thereby rehabilitate the general economy. Roosevelt wanted the PWA grants allocated as quickly as possible, so the PWA turned first to those federal agencies that had already prepared construction plans. The NPS forwarded major portions of each park’s six-year master plan to the new agency as soon as it invited project proposals, so the first PWA building allotments included over 100 major building projects in the western national parks and monuments. Those structures erected in western parks with funds granted in the July and September 1933 PWA allotments represent a significant chapter in the history of national park building design and construction. Although these allotments included funds for such often unimaginative projects as equipment sheds, garages, and campgrounds, they also provided for over 150 permanent structures that had been designed as part of the master plan process prior to creation of the PWA. These buildings were products of the Branch of Plans and Design team Vint had assembled since 1927. They often differed stylistically, but basically followed the non-intrusive design patterns that Vint had perfected, requiring that each structure be individually designed for its specific site.

Despite the large scale of the PWA program in the national parks already by 1933 to 1934, pressure continued from many field personnel to take advantage of the structural development potential of the CCC. The response of NPS landscape architects and the CCC administrative staff to this question varied considerably in different parks, but at Crater Lake enrollees did become involved in larger structural projects and in landscaping under the supervision of NPS architects.” 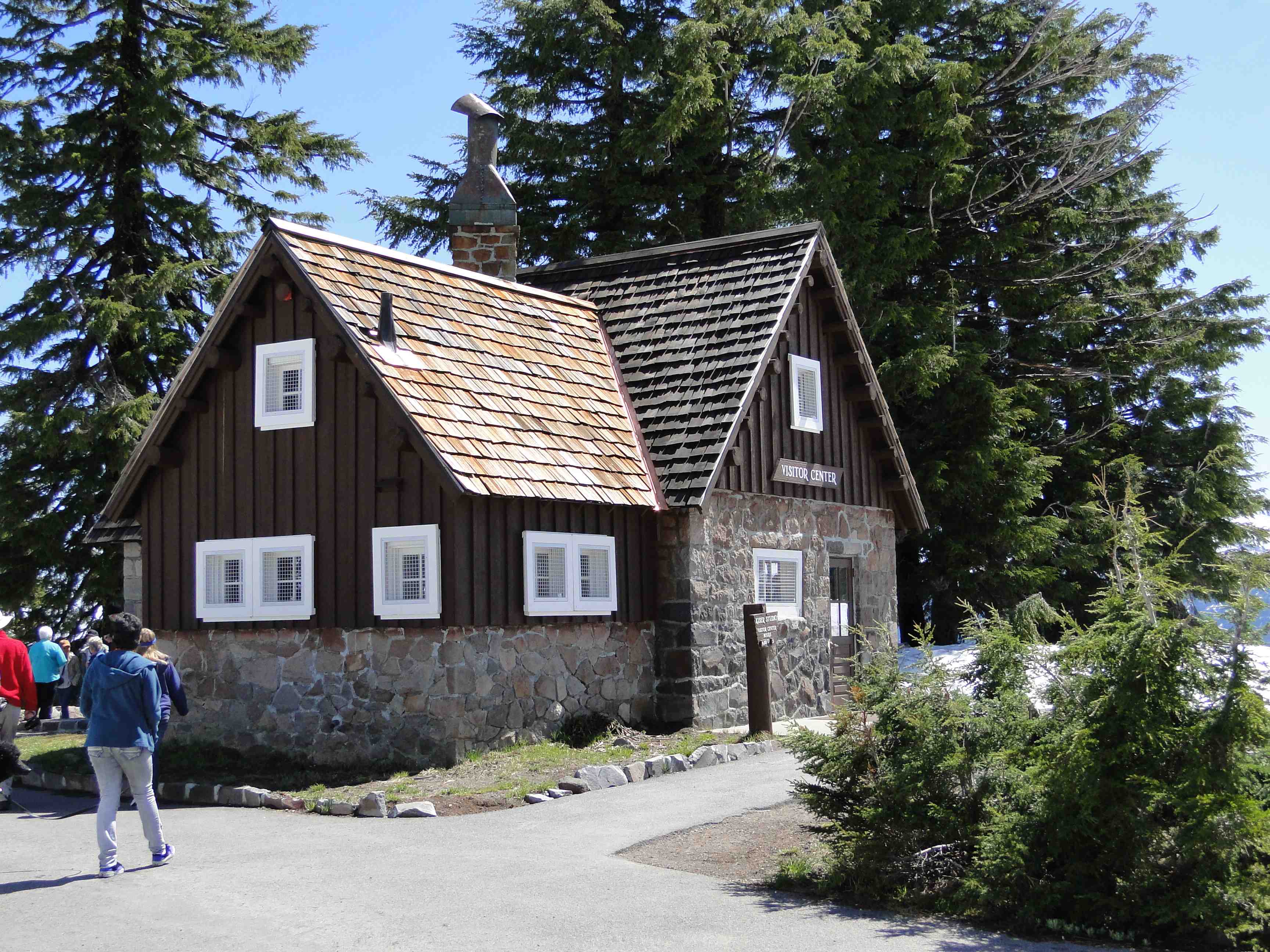 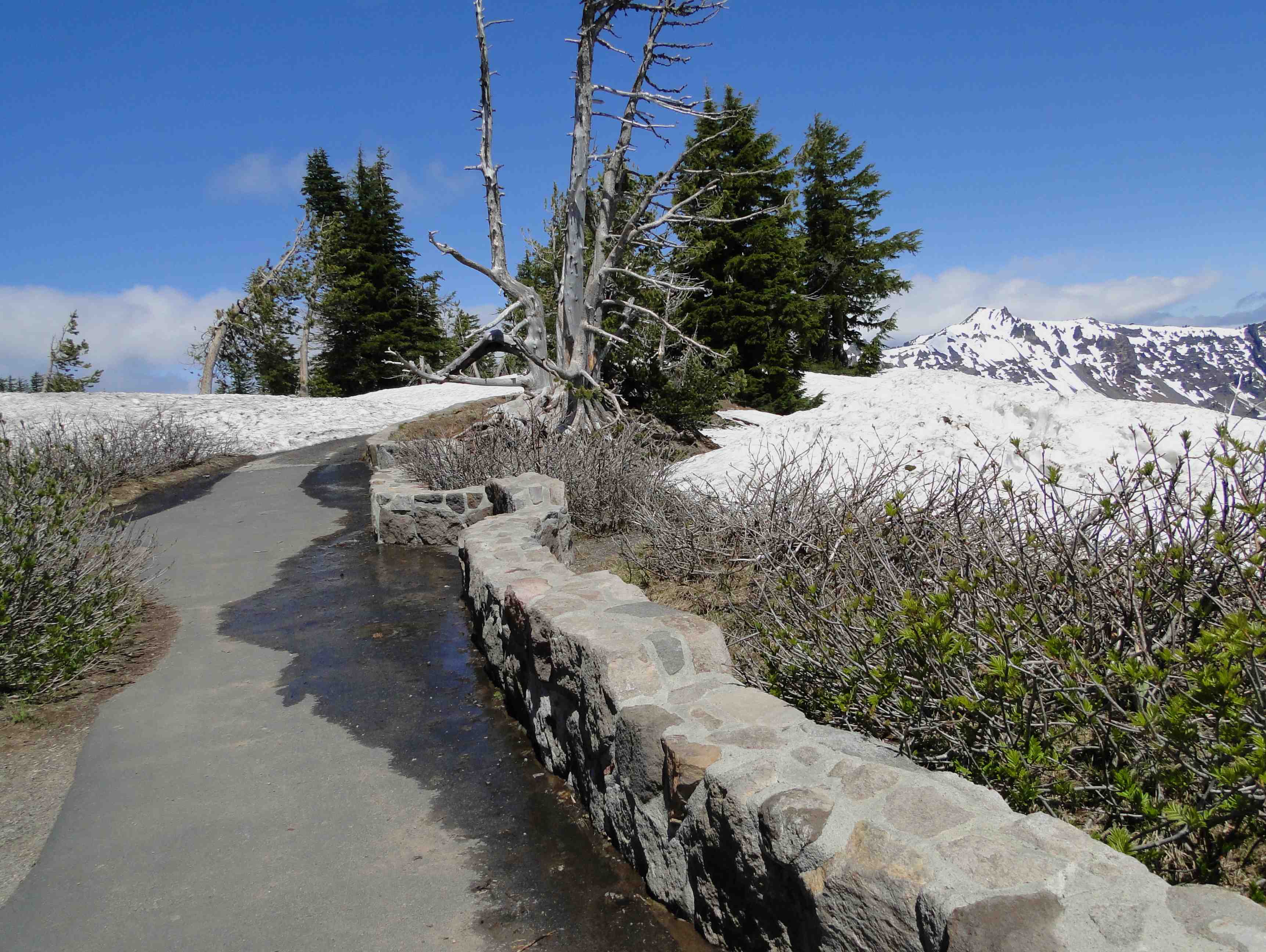 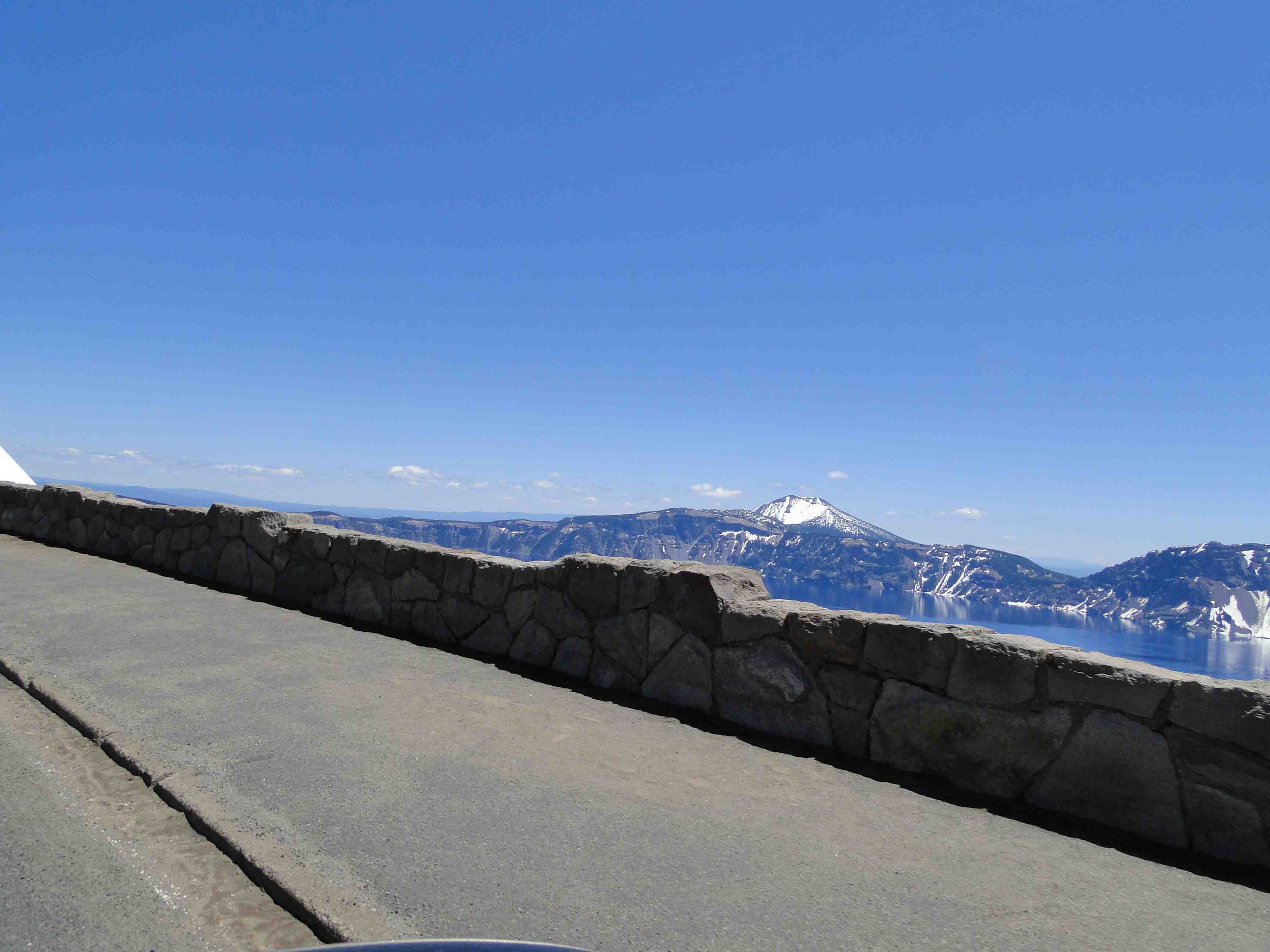 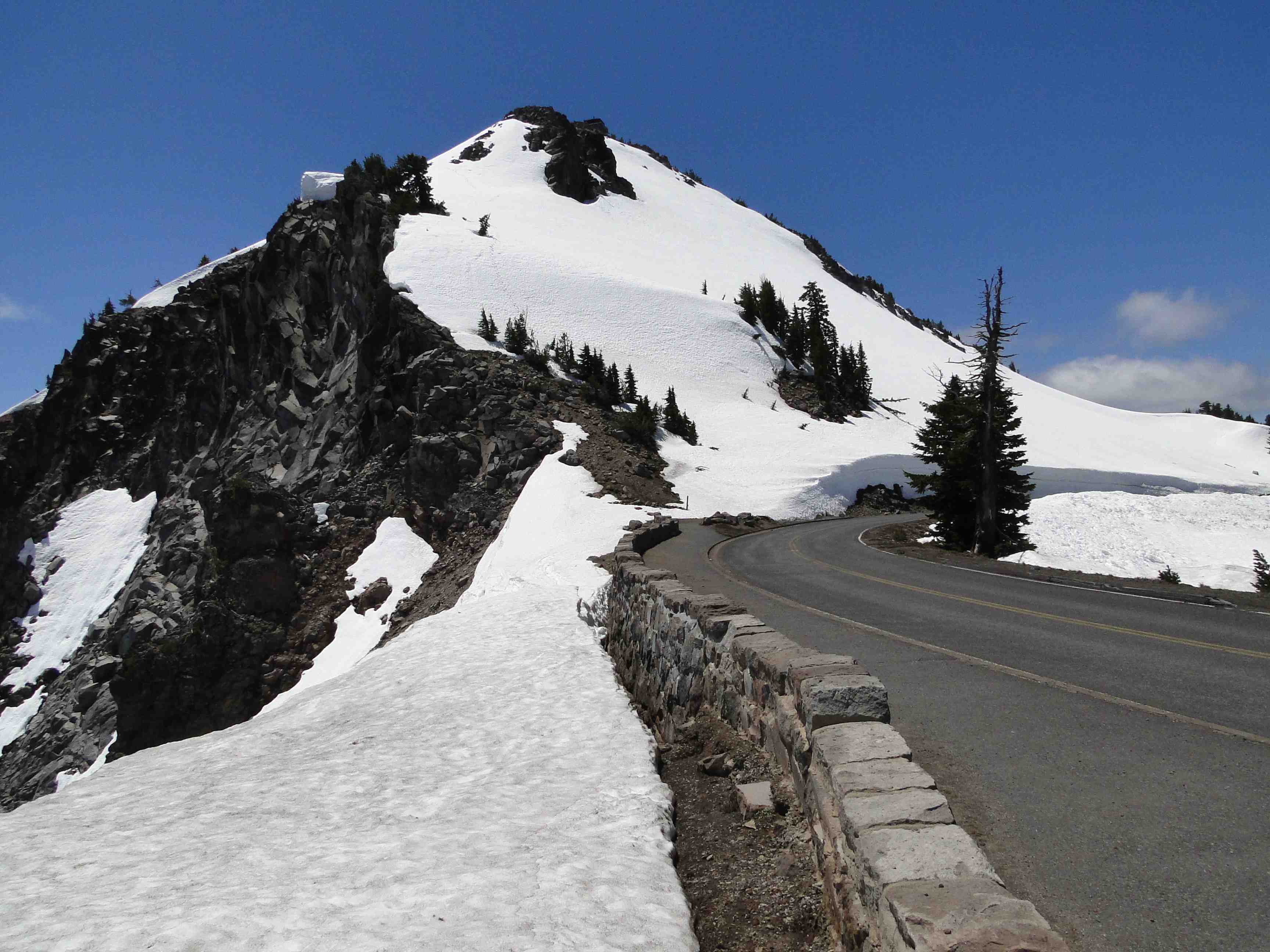 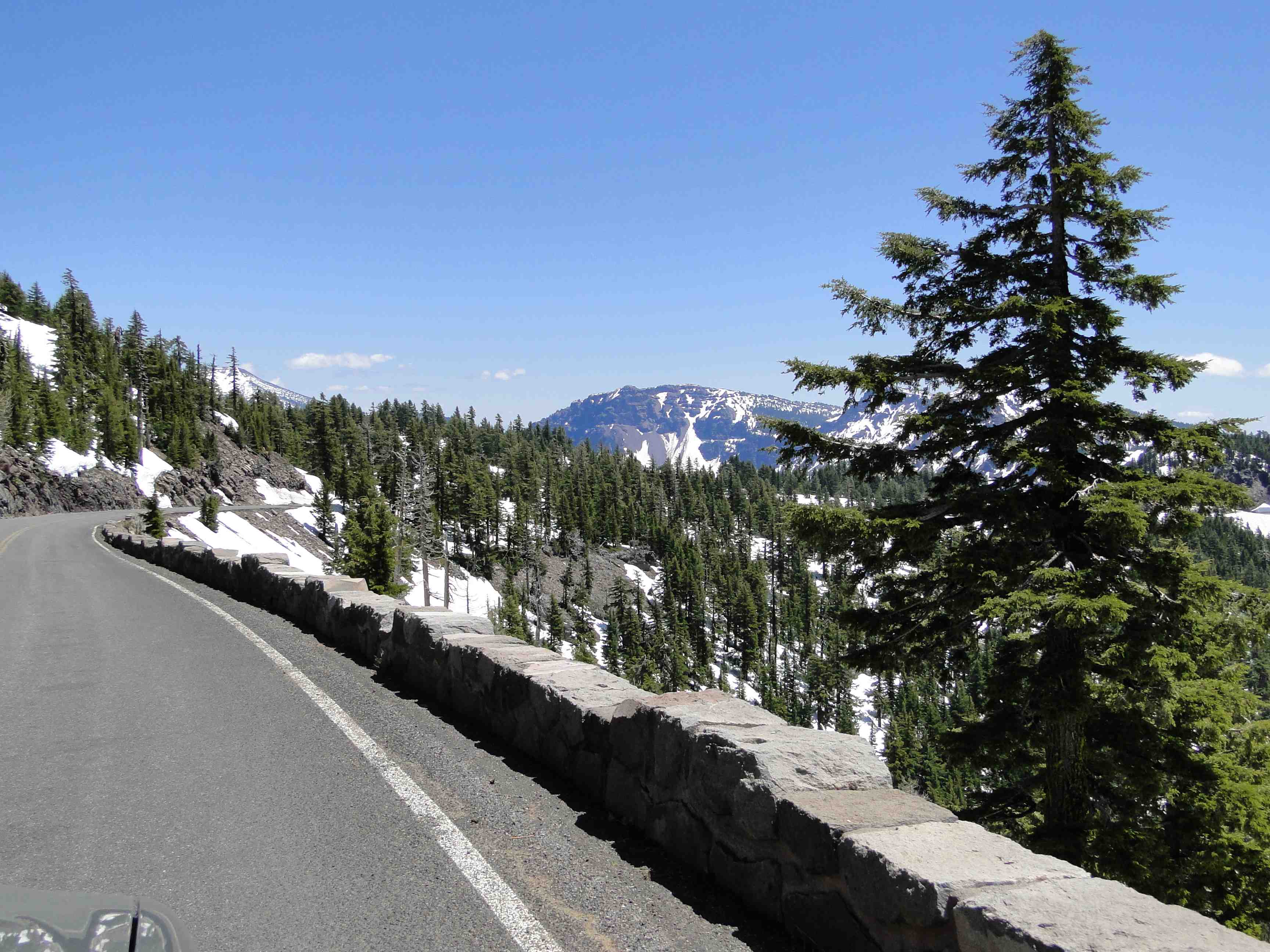 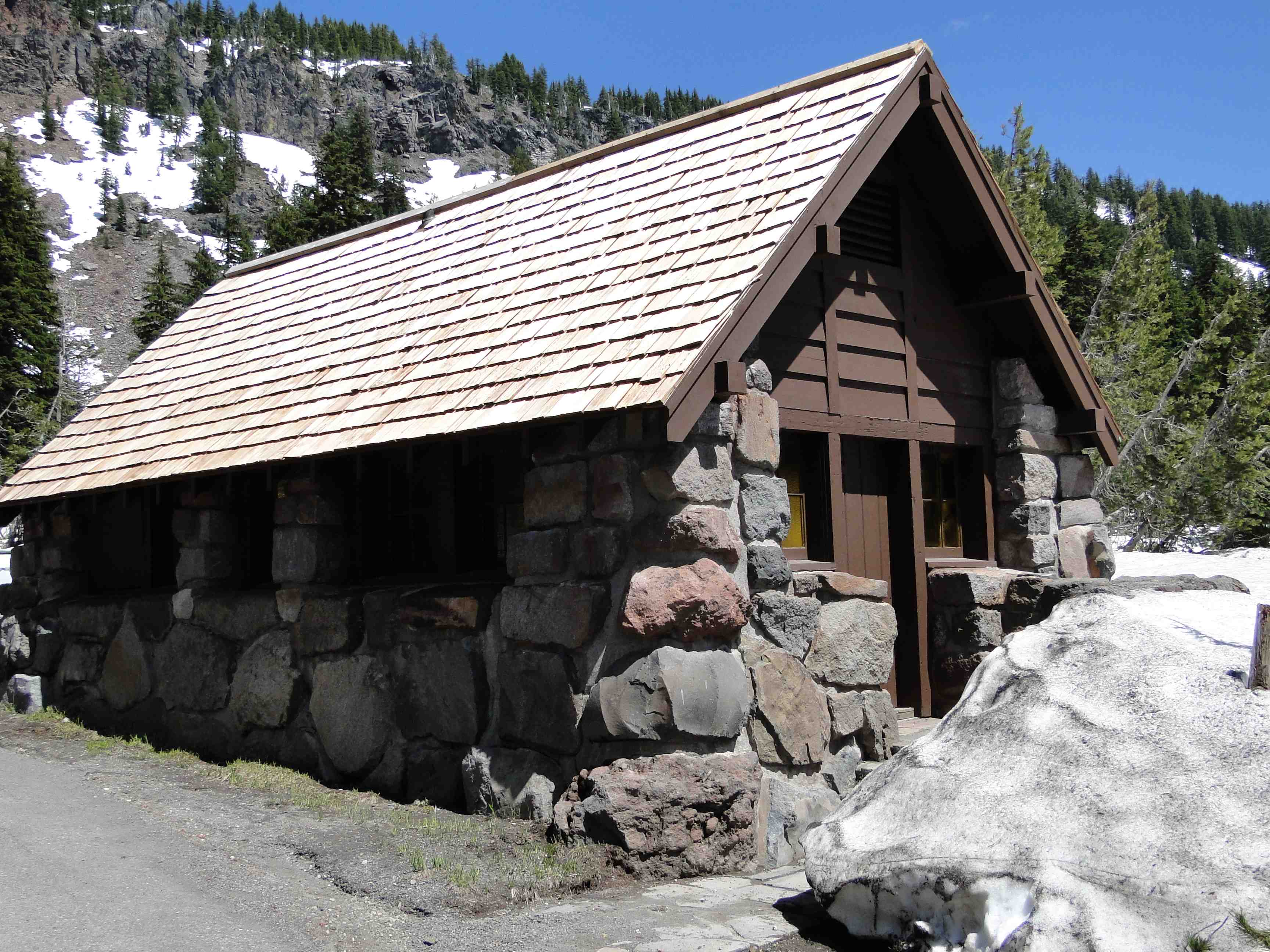 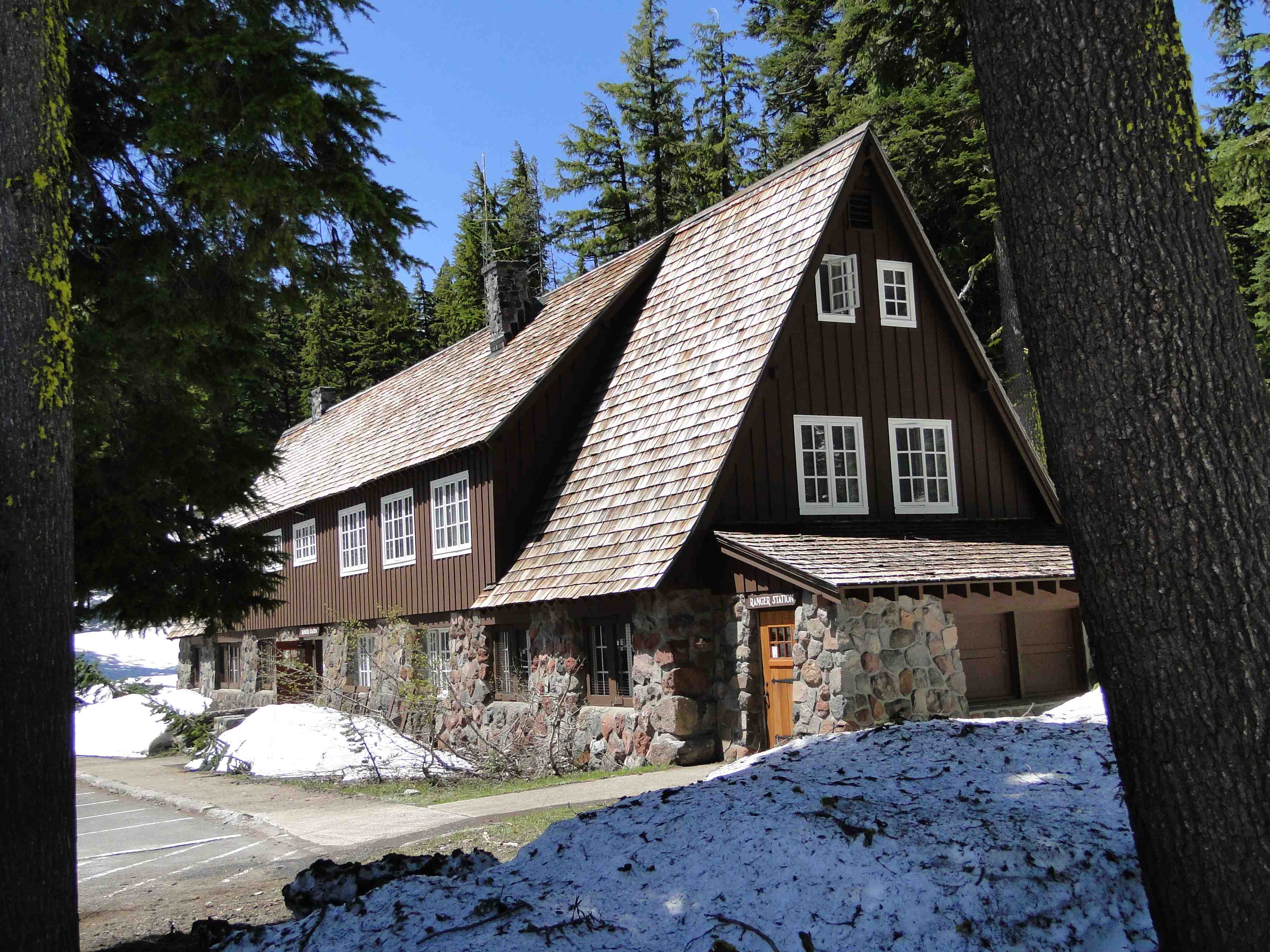 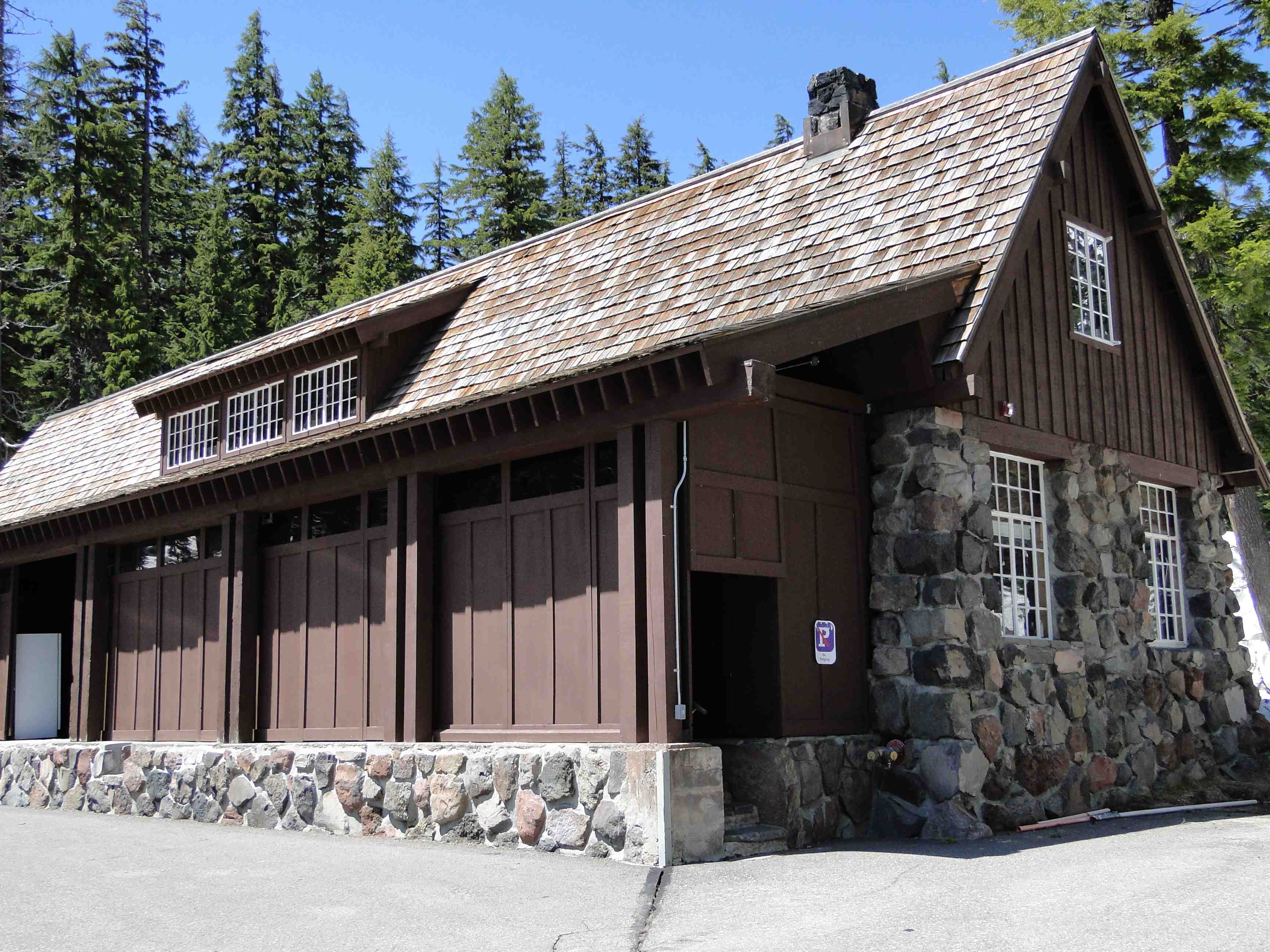 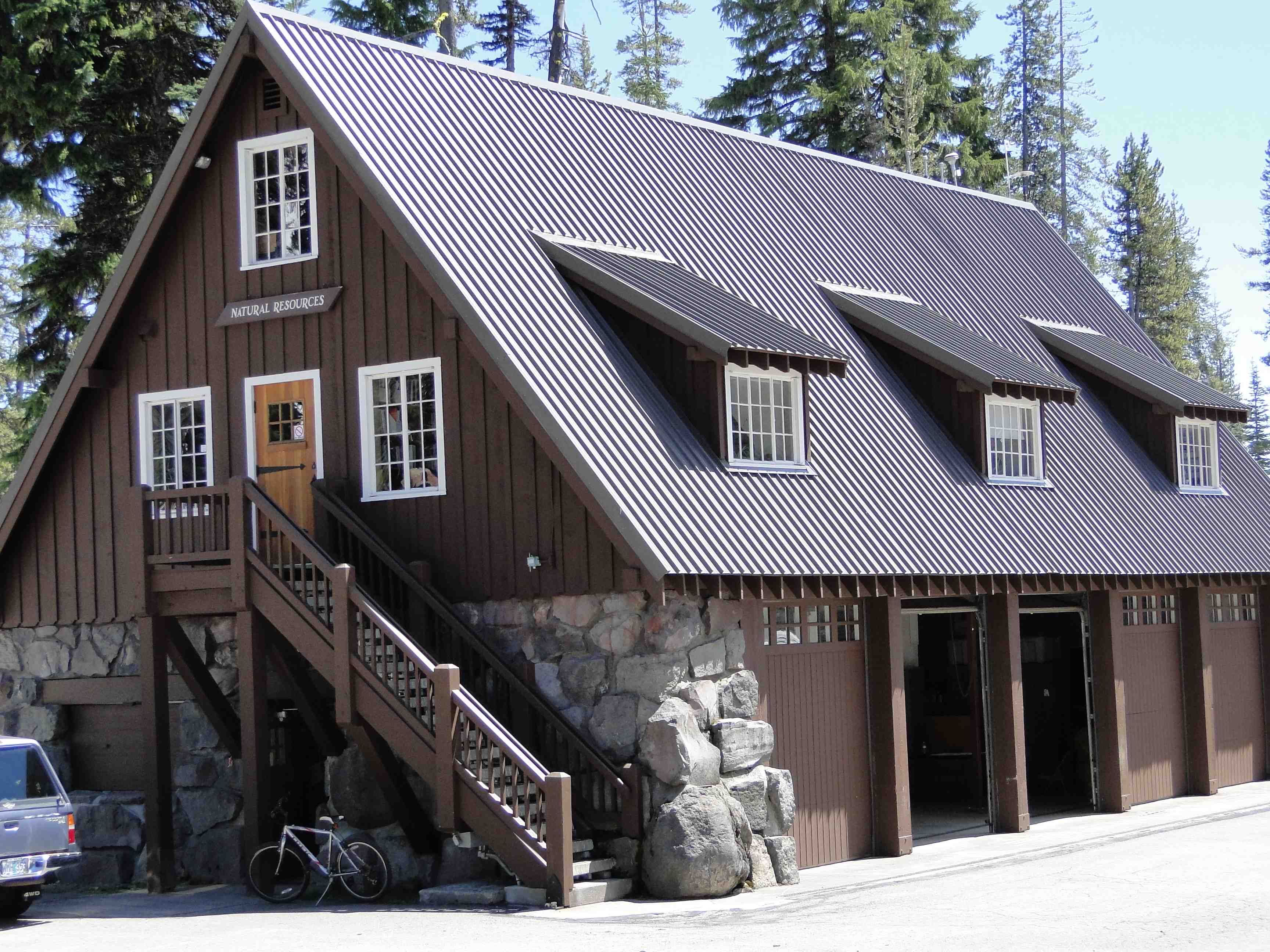 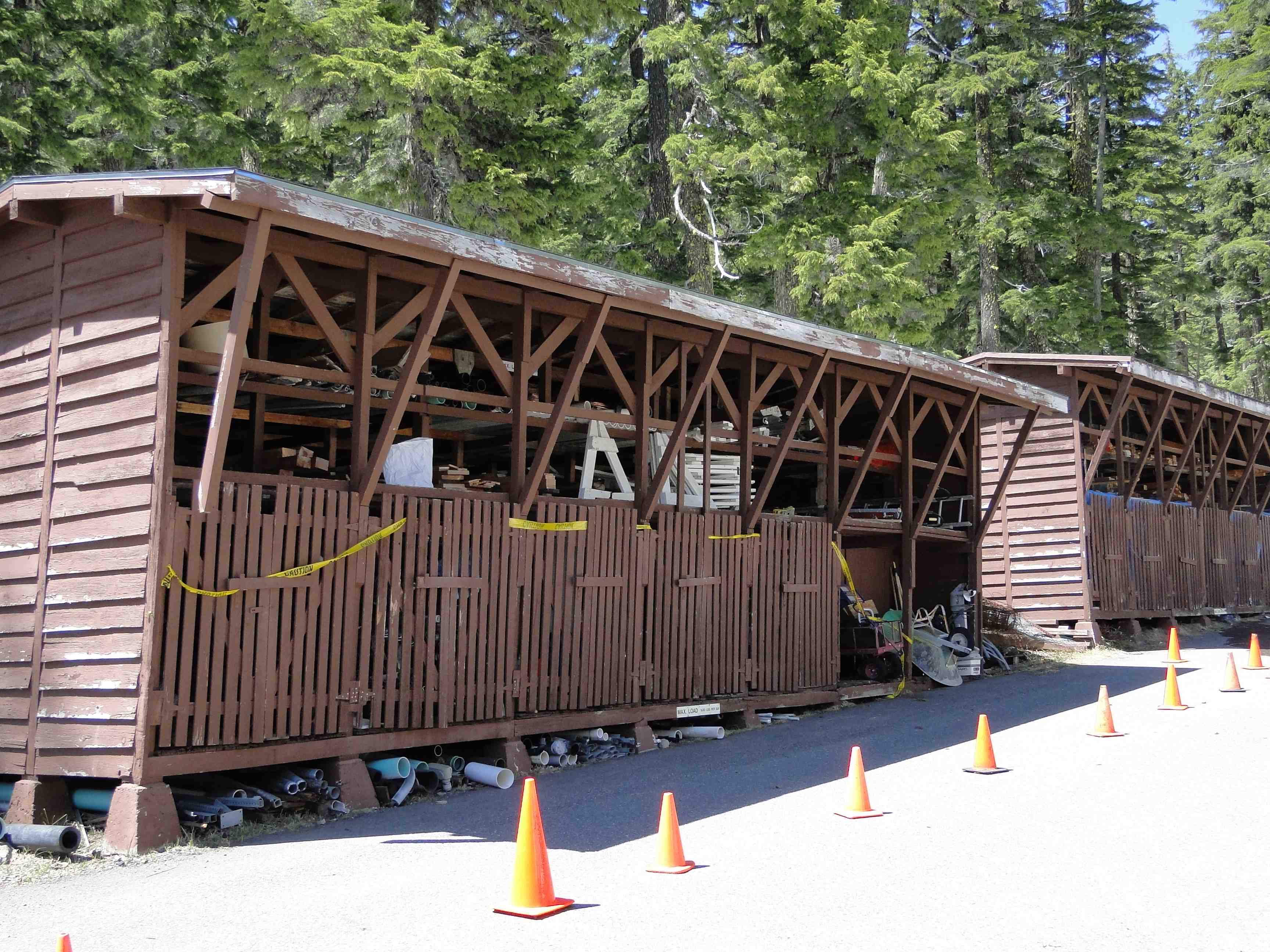 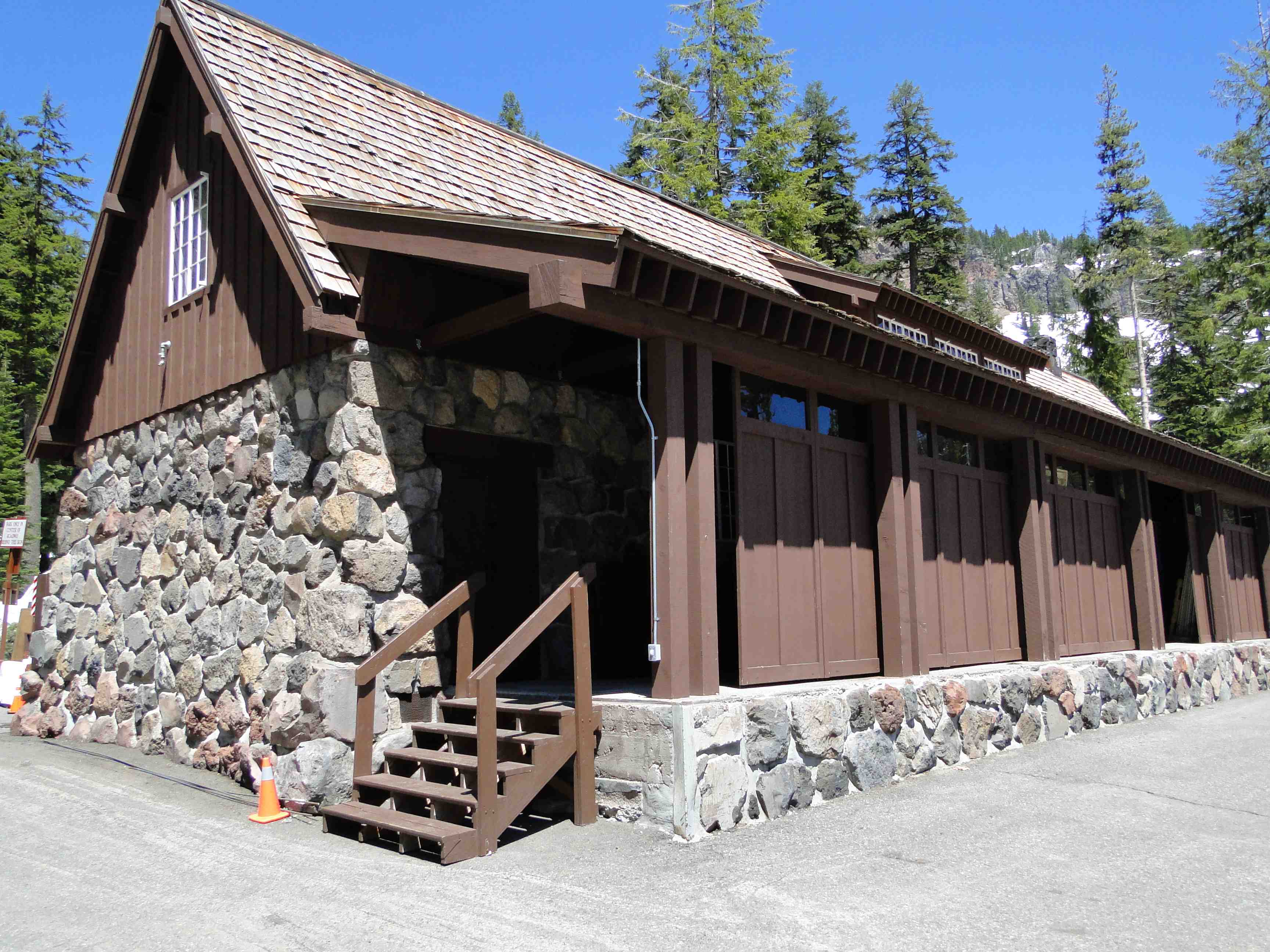 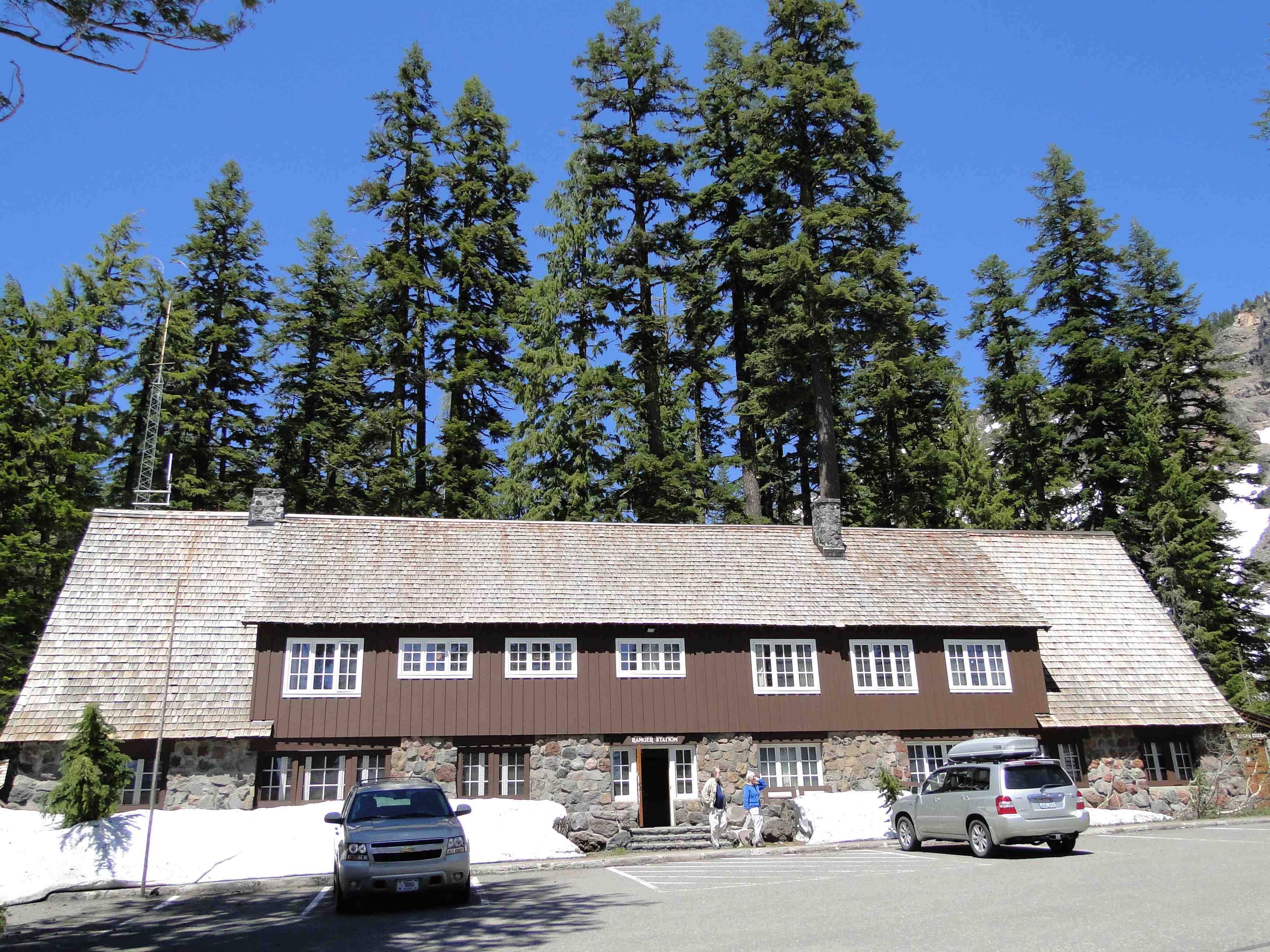 View all projects at Crater Lake National Park OR (4 Projects)