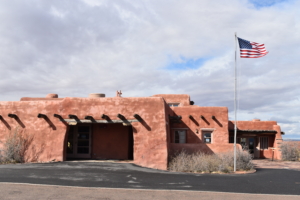 The delightful Painted Desert Inn was created by the Civilian Conservation Corps (CCC), working under the National Park Service (NPS), with a grant from the Public Works Administration (PWA).  They completely rebuilt a private inn called the Stone Tree House, which had been constructed in the 1910s, which was purchased and added to the Petrified Forest National Monument in 1936 (the monument had been designated by President Theodore Roosevelt in 1906 and  was elevated to Petrified Forest National Park in 1962).

The design of the Desert Inn by the NPS’s Lyle Bennett is Pueblo Revival style, which was popular in the Southwest at the time. It features a flat roof, stucco walls and rounded corners, with open beam ceilings and protruding roof timbers.   The interior decorations are partly CCC work and partly later murals added by Hopi artist, Fred Kabootie.

The Desert Inn was operated for many years by the Fred Harvey Company, until structural problems led to its closure in 1963.  It was almost demolished, then saved by public protest and restored in the 1970s.  It became a National Historic Landmark in 1987 and today serves as a park museum and a tribute to the CCC.

A 1939 report of the PWA’s accomplishments describes the building at the time:

“This inn, which gives the impression of being an ancient construction of the Indians, is a modern hotel. It was built on the southern edge of the Painted Desert, 25 miles east of Holbrook, Arizona, by the National Park Service. The building contains a dining room and a sandwich shop with kitchens, an Indian museum, a trading post for products of Indian make, a ranger’s quarters, a naturalist’s office, and eight rooms for lodging tourists. These rooms are on different levels and each has a walled and landscaped terrace. The over-all dimensions of the structure are approximately 100 by 75 feet. Its walls are rubble masonry with a plaster finish.  The project was completed in April 1939. The P.W.A. allotment, which included the purchase of land, was $130,888.74.”
(Short and Stanley-Brown 1939, )

A recent report from the National New Deal Preservation Association says this:

“Originally built in the 1920s of stone with mud mortar, the Inn was purchased by the National Park Service in 1936 using funds from the Public Works Administration and the Works Progress Administration. Lyle Bennett, a National Park Service architect, designed a greatly expanded version of the Inn. This building was, and still is today, widely recognized as a masterpiece in the Pueblo Revival style. The Pueblo Revival style draws upon influences from early Native American pueblos as well as Spanish colonial buildings using flat roofs, rounded edges, wooden lintels and protruding vigas, and a stepped-back roofline. The irregularly shaped building was constructed between 1937 and 1940 by Civilian Conservation Corps enrollees from the Rainbow Forest camp. The adobe walls of the building are more than two feet thick. The interior rooms are filled with Navajo-inspired designs scored in the concrete floor, punched-tin light fixtures, hand-painted skylights, rounded door and window openings, and CCC-crafted furniture.” (content.library.arizona.edu)

[NB: it is doubtful that the WPA participated in the project’s funding] 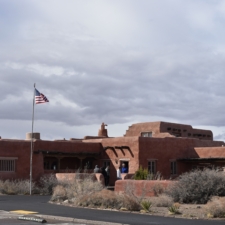 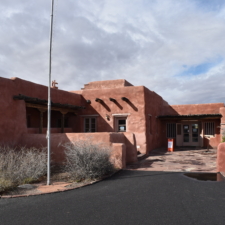 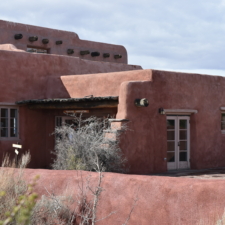 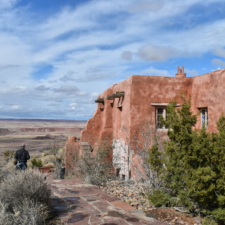 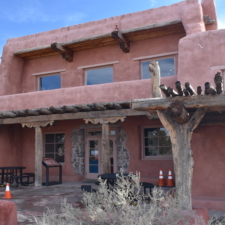 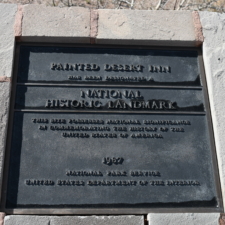 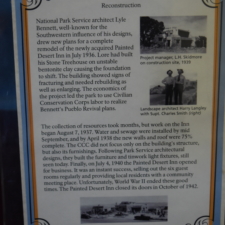 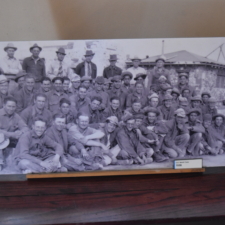 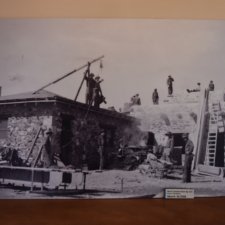 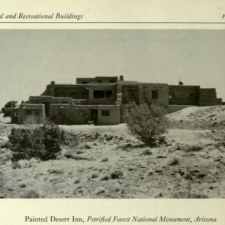 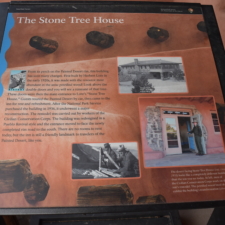 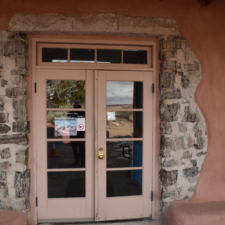 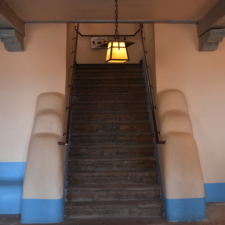