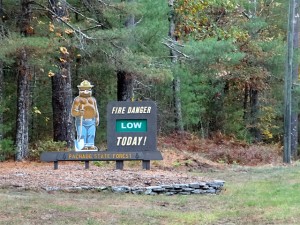 Pachaug State Forest is the largest forest in Connecticut. After the land was acquired by the state, “Laborers from New Deal programs such as the … Civilian Conservation Corps then turned these newly acquired lands into usable open space …”

The Civilian Conservation Corps (CCC)’s Camp Lonergan, which housed Company #179, was stationed at Pachaug State Forest in Voluntown, Connecticut. The camp was established June 6, 1933 and was discontinued May 28, 1942.

A CCC Museum exhibit discusses the camp’s accomplishments. “The largest state forest in Connecticut was home to a camp named after Senator Augustine Lonergan. A shingle mill was set up near a white cedar swamp to provide cedar shingles for all of the CCC projects in Connecticut. Camp Lonergan was the last CCC camp in Connecticut to shut down, and the camp site is now used as a youth group campground.”

Among other projects independently listed on other pages, work included: 21 miles of truck trails, construction of “Lawrence Road,” renovations to the Forest Ranger’s house, pouring a cement foundation for the sawmill, construction of a shingle mill shed, a storage shed, and a trout reading pond.