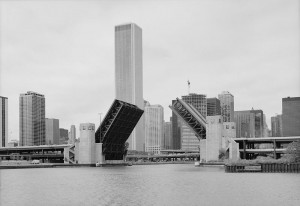 This image is available from the United States Library of Congress's Prints and Photographs division under the digital ID hhh.il0619

“The Outer Drive Bridge, also known as the Link Bridge was started in 1929 and completed in 1937 as one of the Public Works Administration’s public projects in Chicago…While the completion of the Outer Drive was considered one of the most important projects in the PWA it took many years to complete. A main issue was funding. Due to a lack of provided security by Chicago Park Districts, the allotment for the bridge was revoked until the districts were all in position to comply. The total cost of the Outer Drive is estimated at $11,563,000.”

“After multiple delays, the Link Bridge (also called the Outer Drive Bridge) was officially opened on October 5, 1937, with President Franklin Roosevelt in attendance. This was a much larger project than might appear, given the engineering challenges that had to be met and the massive amount of structural steel required. The day was observed with great fanfare, including a celebratory spray from the new fireboat Fred Busse, named after the mayor at the time the Plan of Chicago was released in 1909. In the first half-hour following the 1 p.m. opening, 36,000 vehicles crossed the bridge, with traffic slowed by the distribution of souvenir windshield stickers.” 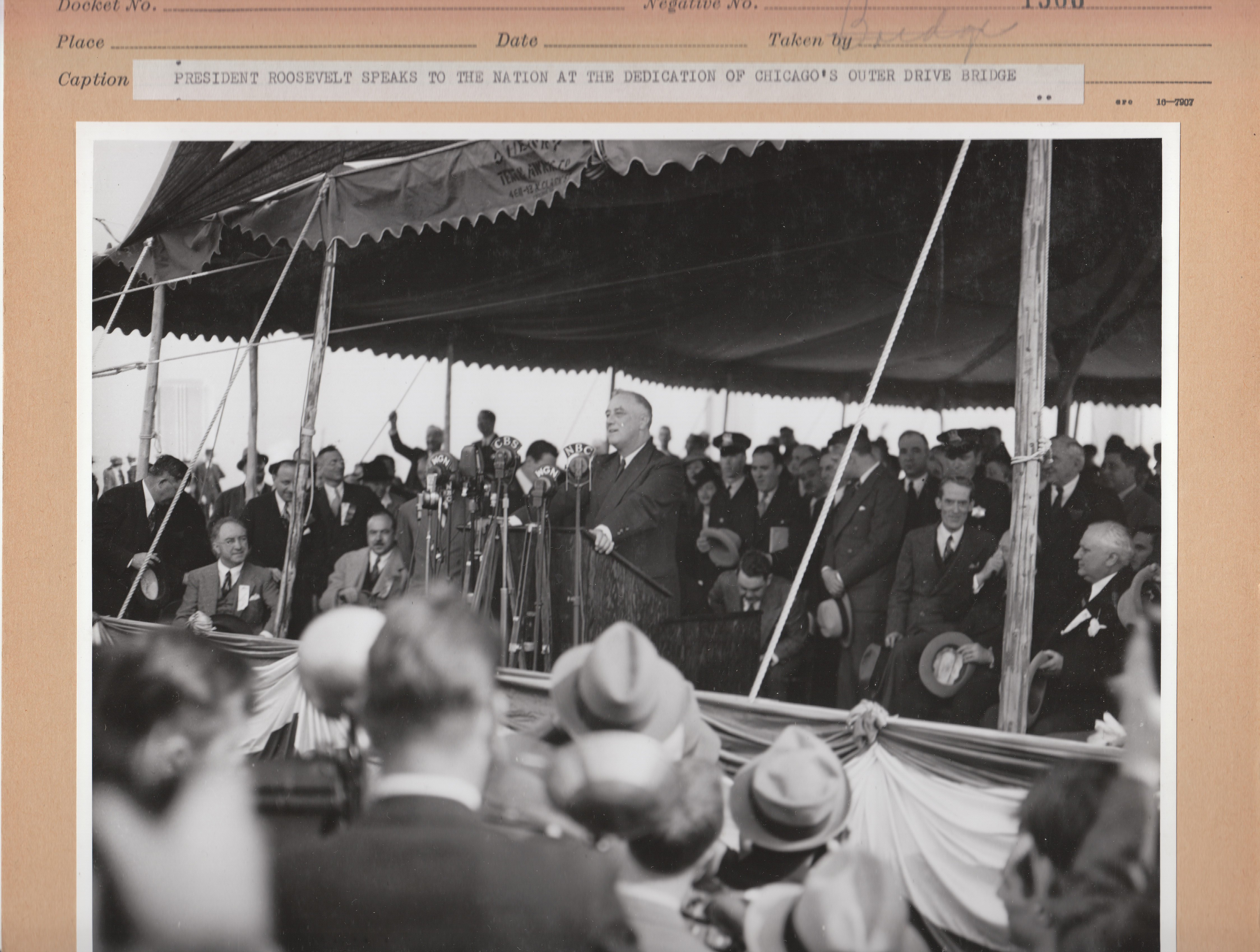