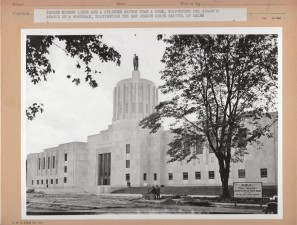 “The Oregon State Capitol replaces a structure which was destroyed by fire in 1935. It occupies the site of the former building and is the dominating feature of a well-designed city plan. A mall has been laid out from the main façade of the capitol, cutting through several city blocks, which will be flanked on each side by future buildings of the State government, one of which, the State library, has already been constructed.

It is one of the few PWA projects for which an architect was selected through competition. The first floor is occupied by offices and work space for the land board, State treasurer, the board of control, department of motor vehicles, general office, and a large rotunda from which wide stairways ascend to the floor above on which are the senate chamber and the house chamber. The various offices for the State departments and the Governor’s suite are accommodated on the second, third, and fourth floors.

The building is fireproof throughout. The exterior has a granite base, and the walls are faced with Vermont marble. The sculpture and mural painting are noteworthy. It was completed in June 1939 at an approximate cost of $2,294,000.”
(Short and Brown)

“It is located in the state capital, Salem. The current building, constructed from 1936 to 1938, and expanded in 1977, is the third to house the Oregon state government in Salem. Two former capitol buildings were destroyed by fire, one in 1855 and the other in 1935.

New York architects Trowbridge & Livingston conceived the current structure’s Art Deco design, in association with Francis Keally. Much of the interior and exterior is made of marble. The Oregon State Capitol was placed on the National Register of Historic Places in 1988.[1]

The Public Works Administration, part of the U.S. government, partially financed construction, which was completed during the Great Depression, in 1938. The building was erected at a cost of $2.5 million for the central portion of the building, which includes a dome of 166 feet (51 m). The wings, which doubled the floor space of the building to about 233,750 square feet (21,716 m2), were added later for $12.5 million. The grounds outside the capitol building contain artwork, fountains, and flora, including the state tree (Douglas-fir) and state flower (Oregon-grape)…The building cost $2.5 million ($ 40 million as of 2011), of which the federal government paid 45 percent through the Public Works Administration. Upon completion, the new capitol was 164 feet (50 m) wide, 400 feet (120 m) long, and 166 feet (51 m) tall (50 by 122 by 51 m) and contained 131,750 square feet (12,240 m2) of usable space.[5][12] The exterior was finished with Vermont marble. The lobby, rotunda, and halls were lined with a polished rose travertine stone quarried in Montana.[15] The rotundas staircases and floor used Phoenix Napoleon marble quarried in Missouri and have borders of Radio Black marble that, like the exterior stone, is from Vermont.[15] The original cost estimate for the building was $3.5 million ($ 55 million as of 2011), but the state legislature only appropriated $2.5 million; committee rooms were subsequently removed from the plans.[22] These rooms were added in 1977 as part of a $12.5 million ($ 45 million as of 2011) expansion project to add new wings containing legislative offices, hearing rooms, support services, a first floor galleria, and underground parking.[22] This addition doubled the space of the capitol building.[23] In 2002, the wings were remodeled at a cost of $1.3 million ($ 1.6 million as of 2011) to upgrade items such as antiquated wiring and to install new carpeting and lighting.[23]”
(Wikipedia) 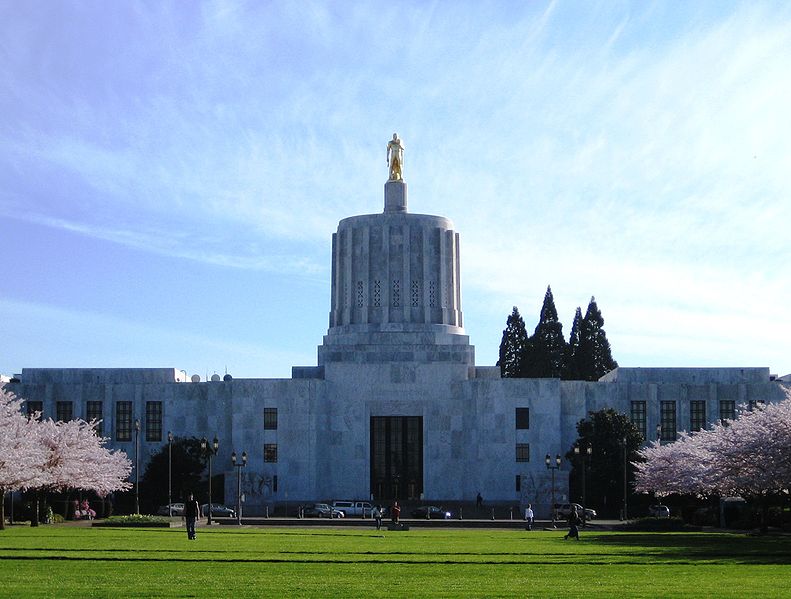 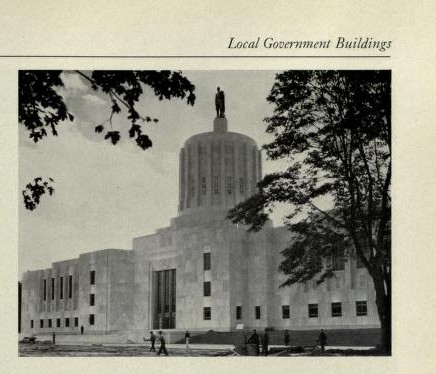