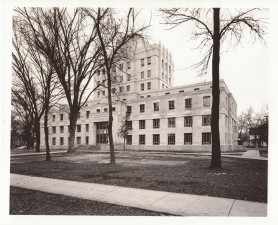 “Built in 1938-39, the Ada County Courthouse was constructed as part of the Depression-era Public Works Administration (PWA). Building the courthouse provided jobs not only for construction workers and craftsmen, but also for the artists that embellished it. The Art Deco style of the building is partly the result of using many workers who were not necessarily skilled in construction. The collaborative efforts of architectural firms Tourtellotte & Hummel and Wayland & Fennell resulted in a simple design characterized by geometric shapes, which were considered easier to build. The modern style and solid construction were also intended to communicate confidence in the government and a positive outlook for the future at a difficult time in US history.

Unlike any other building in Boise, the first four stories of the nine-story reinforced-concrete building boast an exterior of white Indiana limestone. The most unique aspect of the building, however, is inside. The WPA funded the painting of murals in the interior spaces. The murals are credited to artist Ivan Bartlett, a well-known Depression-era public artist, whose sketches were painted in by other workers. The murals reflect the hard-working life of Idaho pioneers in ranching, farming, and mining and the evolution of justice in Idaho. A controversial mural, depicting the impending lynching of a Native American by two white men, represents the lowest level of justice–mob justice. Eventually, this mural was covered by a flag after a judge deemed it inappropriate for the site, but it has recently been uncovered and interpreted for the public.

A vigilant and vocal citizenry under the leadership of Preservation Idaho, and the cooperation of preservationists and business-minded groups, helped to save this building until an alternative could be developed.

The building, which originally included a holding jail on the top floors, was listed in the National Register of Historic Places in 1976. Ada County used the courthouse until 2002 when support for a new building resulted in a separate complex on Front Street. When the state leased the building to provide additional office space while the State Legislature was in session, demolition of the old courthouse was raised as a possibility. Over several years, members of the state legislature debated whether to renovate or demolish the courthouse. Preservation Idaho and local citizens protested the building’s demolition with a rally at the Statehouse that drew several hundred participants. The courthouse was left abandoned, but standing, in 2002. Its fate was in limbo for almost ten years, although it was used by the state legislature while the Statehouse was being renovated in 2008-09. Finally, in August of 2010, the University of Idaho picked the old courthouse as the future home of its Boise law program, and the Laura Moore Cunningham Foundation pledged $1 million dollars for development of the Idaho Law Learning Center. The funds will be used to bring the building up to code and, in doing so, will help to assure the future of this historic building and its unique assets.

A vigilant and vocal citizenry under the leadership of Preservation Idaho, and the cooperation of preservationists and business-minded groups, helped to save this building until an alternative could be developed. It took a number of years, something that many historic buildings don’t have, but, in this case, the result was a positive outcome for both the state and its citizens.” 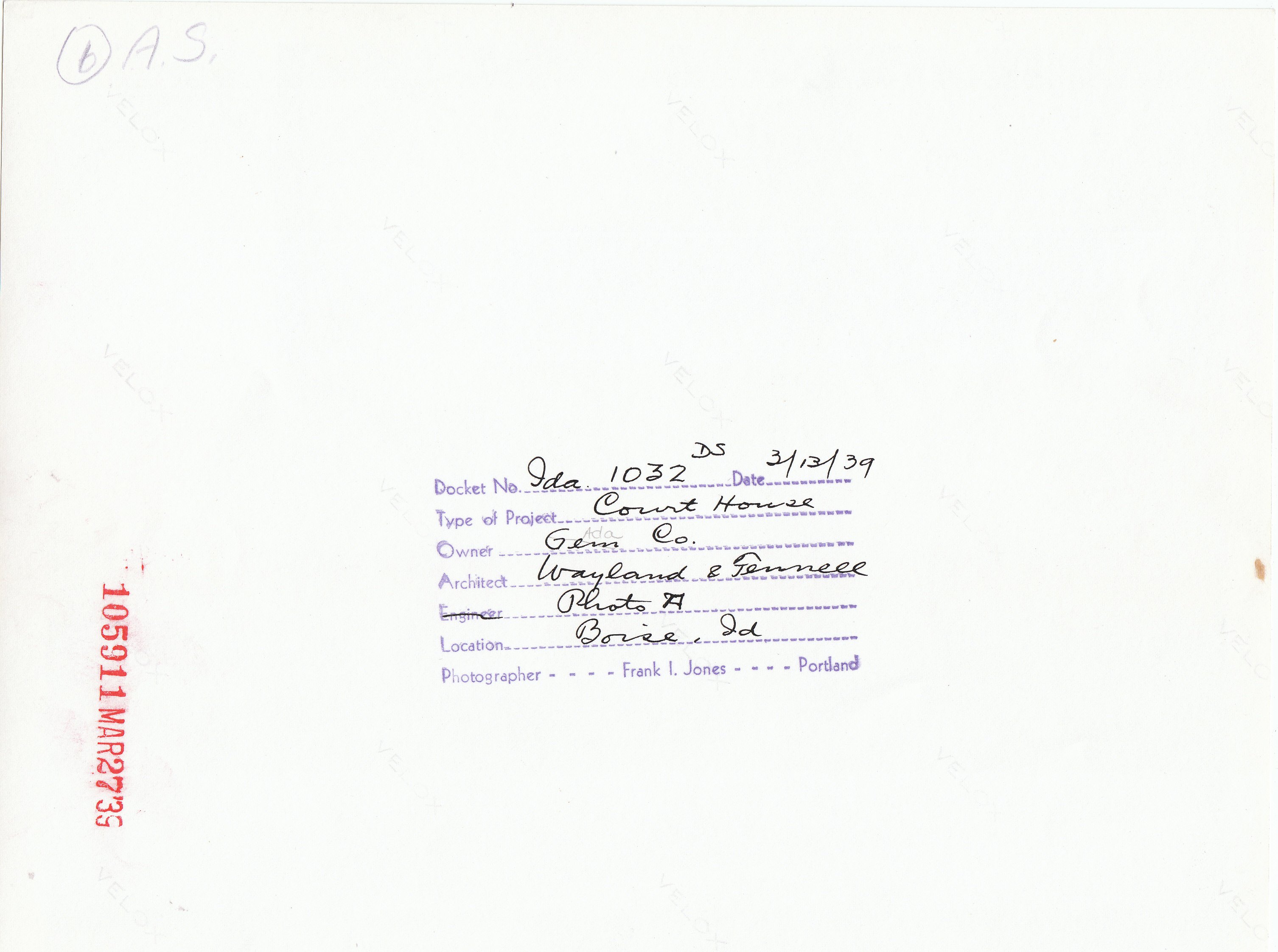