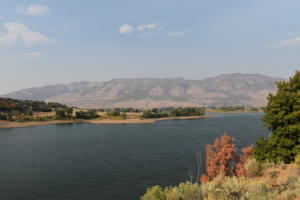 The Ogden River Project provides irrigation water for 25,000 acres of land along the Wasatch Front around Ogden UT, as well as supplemental municipal water for the city of Ogden. The anchor of the project is Pineview Dam in Ogden Canyon and the resulting reservoir created from the waters of Ogden Creek.

The project includes a distribution system of canals branching off from Ogden Creek where it leaves the canyon: the Ogden-Brigham Canal, the South Ogden Highline Canal, and the lesser irrigation ditches that supply the farmers of the Weber Basin Conservancy District.

The Ogden River Project was officially approved by President Roosevelt on November 16, 1935, but funding had already been allocated by the Public Works Administration (PWA) in 1933 to the Bureau of Reclamation and the first stages of construction began in Fall 1934.

The Civilian Conservation Corps (CCC) set up Camp BR-12 near Huntsville in 1934 and carried out the initial clearance of the reservoir site, as well as building fences and parapets around the dam site. The dam itself was constructed by private contractors for the Bureau of Reclamation between 1935 and 1937.

The CCC enrollees did further work on the embankments around the dam, added riprap on creek banks, and installed stream gauging stations. They built a bridge over Wheeler Creek where it enters the Ogden River below the dam, added storm drains along the highway and widened the road to make turnoffs for viewing the new lake.

Pineview Dam was later enlarged to provide storage of 110,150 acre-feet as part of the Weber Basin Project.  Afterward, the remnants of the Huntsville CCC camp, now drowned by the higher reservoir level, were removed as a boating hazard.

Pineview Recreation area is used extensively for camping, picnicking, swimming, boating, boat racing, water skiing, and fishing. Recreation facilities were greatly expanded under the Weber Basin Project development and are administered by the US Forest Service. 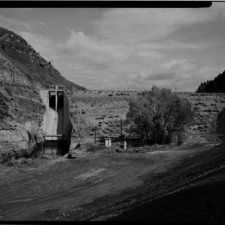 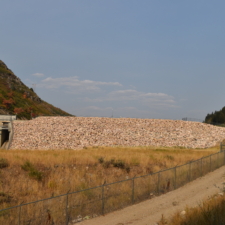 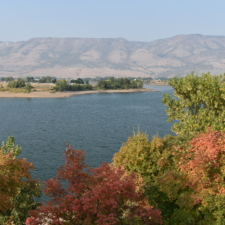 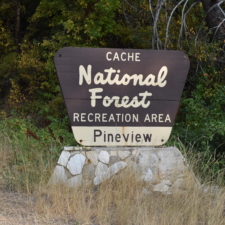 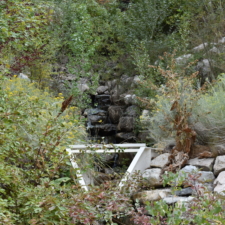 Project originally submitted by Andrew Laverdiere on May 6, 2014.
Additional contributions by Richard A Walker.