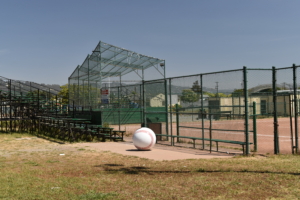 The Works Progress Administration (WPA) carried out extensive improvements on Nicholl Park from 1935 to 1938.  These included constructing ballfields and tennis courts, adding lighting, landscaping, and drainage and, most unusually, creating a lawn bowling green and a game bird aviary. The aviary and bowling green are now gone, but the tennis courts and fields remain, along with elements of lighting and other work.

Nicholl park was given to the City of Richmond in 1926 by Mrs. Mary Nicholl, widow of one of the founders of the city.  The original pillars and dedication plaque marking the entrance to the park on the north side of the park on McDonald Avenue (the city’s main street) are still standing.  Some of the old trees may have been planted at that time, but the park had not been developed very far by the time the New Deal arrived.

In 1935, the WPA was called upon to add a bowling green and song bird aviary to the park.  The aviary is long gone, but the bowling green has only recently disappeared. A utility building next to the green, likely built by the WPA, is still there but closed up.

In late 1936 (and probably into 1937), the WPA added athletic fields, including two baseball fields, tennis courts and a children’s playground. Both ballfields are still in place, as are two sets of tennis courts. The children’s play area has been completely overhauled, leaving no trace of WPA work.

Flood lighting was provided for the ball fields, though the present tall light poles look to be more recent.  Lighting was also installed for the tennis courts on the east side of the park and both the light standards and the fencing around those courts appear to be original.  Two old light poles can also still be seen by the former bowling green.

In 1938, the WPA was back again to make further improvements, such as bleachers and a locker building for the ballfields, adding flowers and shrubs, and putting in drainage. 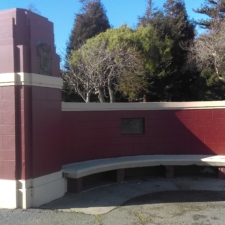 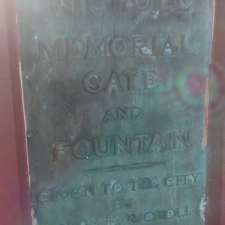 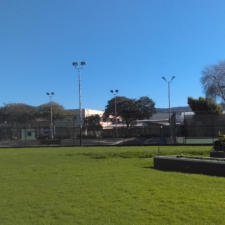 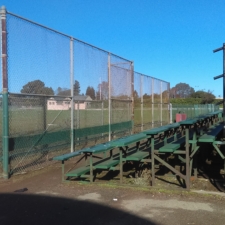 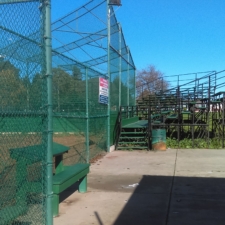 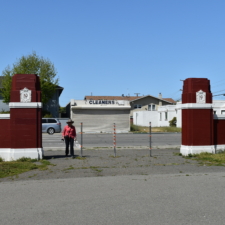 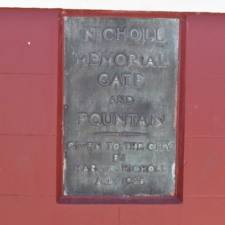 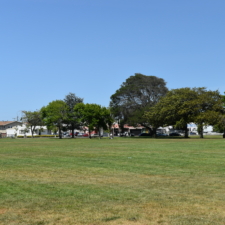 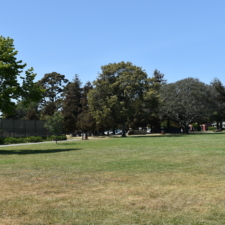 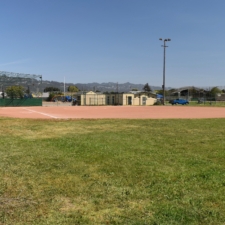 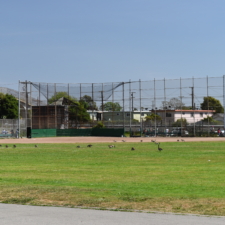 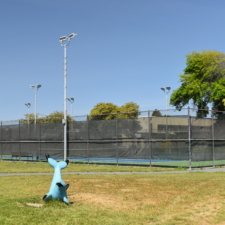 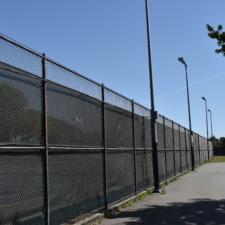 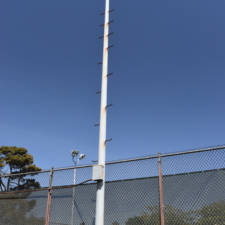 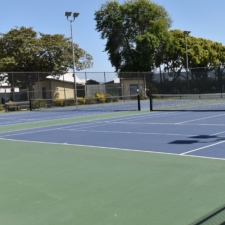 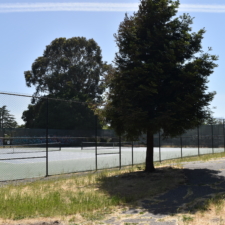 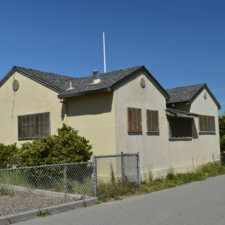 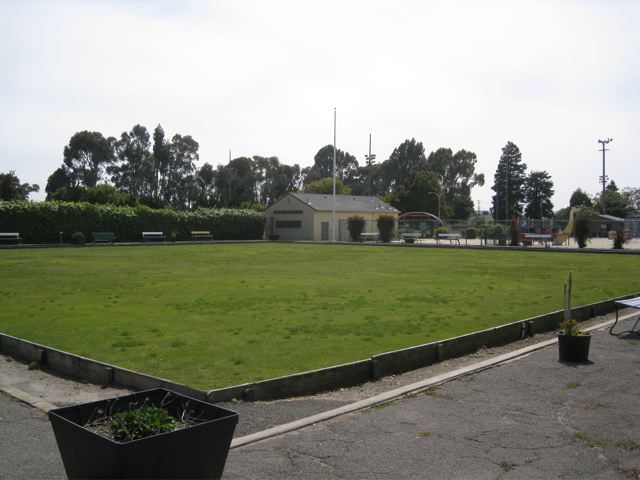 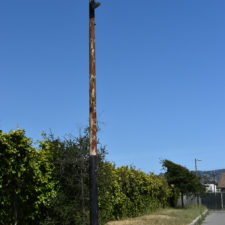 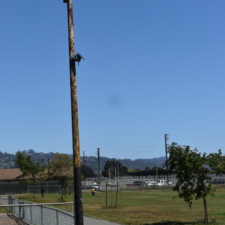 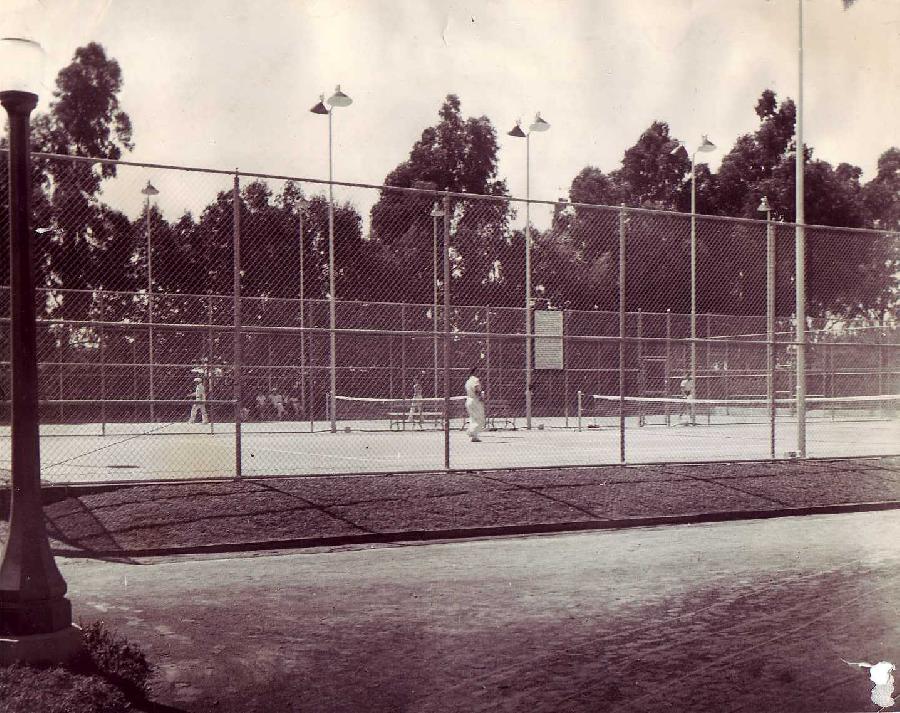 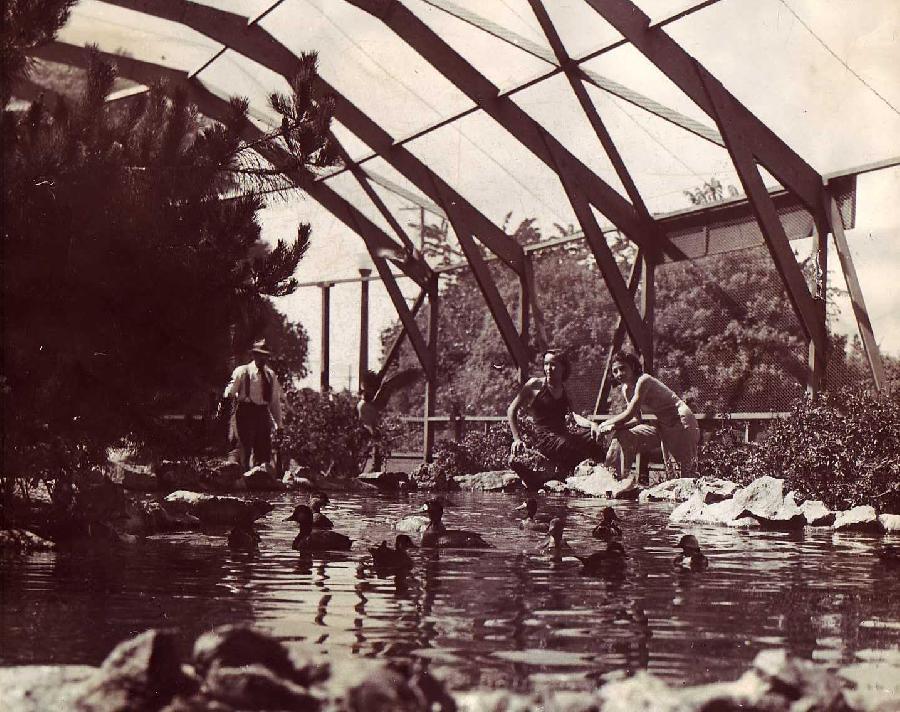