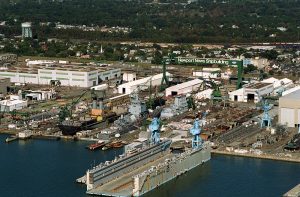 This photo is a work of the United States Federal Government.

The Bureau goes on to say, “[s]ubsequent events demonstrated beyond question the wisdom of this constructive and effective use of relief funds. Without the rehabilitation, modernization, and improvements that were accomplished in this manner, the navy yards would have been critically unprepared for the emergency.”

Mark Wilson reiterates this point in his 2016 book entitled Destructive Creation: American Business and the Winning of World War II. Wilson remarks that “[t]hanks to generous appropriations provided by Vinson-Trammell, along with tens of millions of dollars from New Deal agencies, the private shipyards became much healthier.” In particular, he lists Bath Iron Works in Maine and Newport News Ship in Virginia as becoming healthier, noting that New Deal support was “a welcome end to what had been more than a decade of inactivity and financial struggles” (41). Not surprisingly, though the private shipyards welcomed the financial support from New Deal agencies, they were “none too pleased by the statute’s requirement that production be semi-nationalized” (41).

USS Yorktown – this aircraft carrier was built with PWA funds between 1934 and 1936.”It was launched by Eleanor Roosevelt on April 4, 1936, and saw significant action in the Pacific from December 1941 until August 1942, playing key roles in the Battles of Coral Sea and Midway, where it was sunk in October 1942. The Yorktown won three battle stars and other honors for WWII service.”

“A second, larger USS Yorktown was built at Newport News and launched 21 January 1943, and like the first Yorktown, saw action in the Pacific war, earning 12 battle stars.” (Frank da Cruz)

USS Enterprise – this aircraft carrier “…was the most decorated US ship of Word War II, built at Newport News shipyard with PWA funds between 1934 and 1938. The Enterprise played a critical role in defeating the Imperial Japanese Navy, and saw more actions in the war against Japan than any other United States ship, including the battles of Midway, Eastern Solomons, Santa Cruz Islands, Philippine Sea, and Leyte Gulf, earning 20 battle stars, the most of any US ship in World War II. Decommissioned in 1947 and scrapped in 1958” (Frank da Cruz). 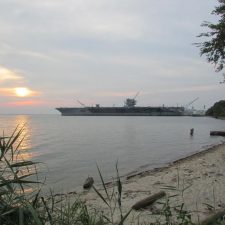 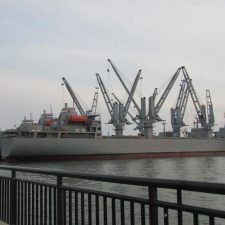 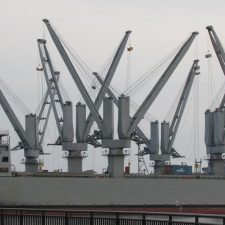 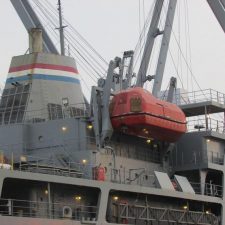 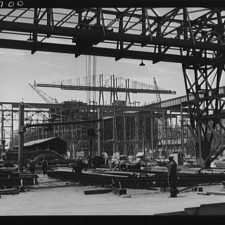 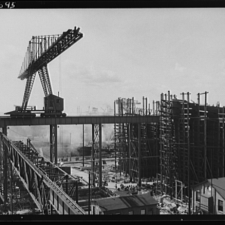 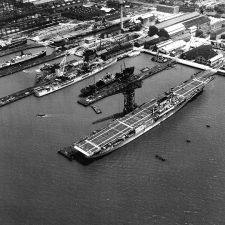 The Yorktown at the Newport News Shipbuilding and Dry Dock Company, Newport News, Virginia, in June 1937, while preparing for sea trials (Official U.S. Navy Photograph, now in the collections of the U.S. National Archives). 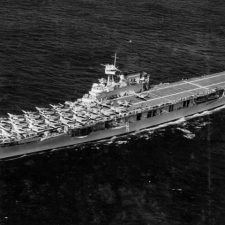