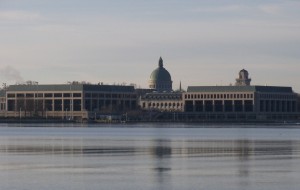 “Through the efforts of the Secretary of the Navy George Bancroft, the Naval School was established without Congressional funding, at a 10-acre Army post named Fort Severn in Annapolis, Maryland, on October 10, 1845, with a class of 50 midshipmen and seven professors…In 1850 the Naval School became the United States Naval Academy…Congress authorized the Naval Academy to begin awarding bachelor of science degrees in 1933…In just a few decades, the Navy moved from a fleet of sail and steam-powered ships to a high-tech fleet with nuclear-powered submarines and surface ships and supersonic aircraft. The academy has changed, too, giving midshipmen state-of- the-art academic and professional training they need to be effective naval officers in their future careers…”  (http://www.usna.edu/USNAHistory)

Starting in 1938, the following was accomplished with PWA funds and/or WPA labor:

“…enlargement of the Chapel, construction of fourteen six-family apartments for officers, new dispensary and laundry buildings, renovation of the midshipmen’s mess hall, rebuilding of the Naval Hospital and construction of a new central heating plant…new buildings (this refers to additions to Bancroft Hall) to house the additional 200 plebes appointed to the Academy under the provisions of the National Emergency Defense Act…” (A Guide to the United States Naval Academy), as well as roadwork, utility work, improving Naval Radio Station facilities, extending water, sewer, and electrical lines. 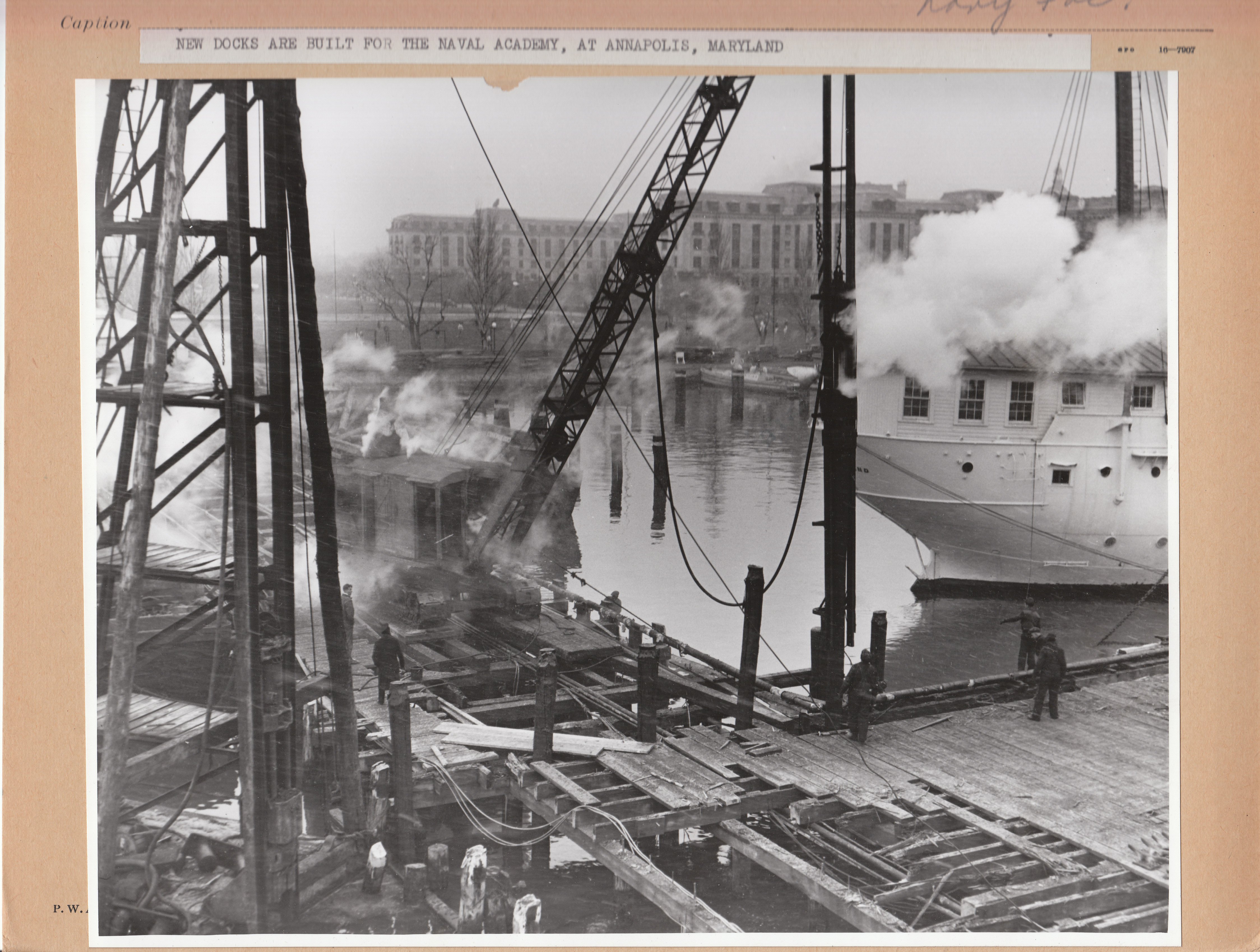