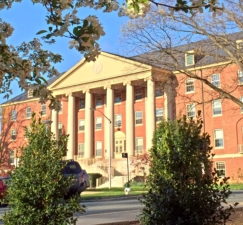 The modern campus of the National Institutes of Health (NIH) was established at Bethesda MD during the New Deal.  It included the first laboratory of the newly-created National Cancer Institute, as well (the NCI came under the NIH in 1944). The NIH is the leading medical science agency of the United States, performing its own research and funding research at universities and hospitals around the country.

The NIH was launched in 1930 as a reorganization and enhancement of government-funded medical research efforts that date back to 1887. NIH’s original location (1930-1938) was at 25th and E streets NW, Washington DC.

In 1935, Luke and Helen Woodward Wilson (of the Wilson Brothers and Woodward and Lothrop family businesses) donated 45 acres of their estate in Bethesda, Maryland to the federal government, for the purpose of “benefiting mankind” (Lyons, 2006). The land became the new home of the NIH.

A group of new laboratory and office buildings, known as Buildings 1-6, were constructed in 1936-1941, along with Officers’ Quarters and attendant infrastructure (e.g., roads, sewage, and landscaping).  All of the building plans, designs, and work were supervised by Louis Simon, Supervising Architect of the U.S. Treasury, and all the new buildings were brick Georgian Revival style. The first employees moved to the campus in 1938, even as construction continued.

Buildings 1, 2, and 3 were built at a cost of $1,363,000, with funds provided in the Emergency Construction of Public Buildings Act of June 22, 1936. The building contractor was the George A. Fuller Company. When completed in 1938, Building 1 housed administration, a library, the cafeteria, and other facilities; Building 2 was the Industrial Hygiene Laboratory; and Building 3 was the Public Health Methods Building.

Buildings 4 and 5, as well as the Officers’ Quarters, were constructed by the Charles H. Tompkins Company for $1,386,100. Funds came from a Public Works Administration (PWA) allotment in 1938, and all structures appear to have been completed by 1940. Building 4 housed the Divisions of Chemistry, Pharmacology, and Zoology, while Building 5 contained the Divisions of Biologics Control and Infectious Diseases. The Officers’ Quarters consisted of 8 building (6 duplexes, 2 single homes).

At the dedication of the National Institutes of Health, October 31, 1940, President Roosevelt said:

“The National Institute of Health speaks the universal language of humanitarianism. It has been devoted throughout its long and distinguished history to furthering the health of all mankind, in which service it has recognized no limitations imposed by international boundaries; and has recognized no distinctions of race, creed or color… We cannot be a strong nation unless we are a healthy nation… In dedicating this Institute, I dedicate it to the underlying philosophy of public health; to the conservation of life; to the wise use of the vital resources of the nation.”

A cornerstone on Building 1 includes the names of Franklin D. Roosevelt, Henry Morgenthau, Jr., and Louis A. Simon.

There is also evidence that the Works Progress Administration (WPA) may have performed landscaping and planting work at the National Institutes of Health. However, the details of such work are unknown to the Living New Deal.

Since its New Deal origin, the National Institutes of Health has grown to dozens of buildings on hundreds of acres. Yet, it appears that all of the New Deal structures are still present at the site. 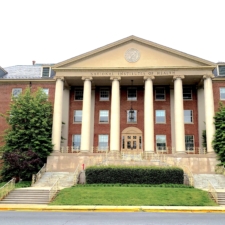 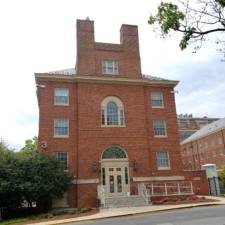 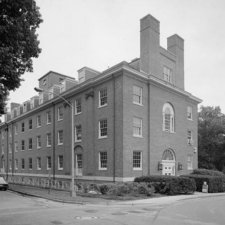 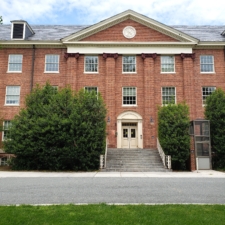 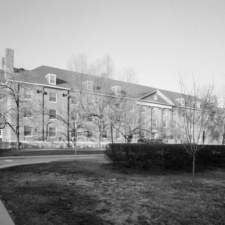 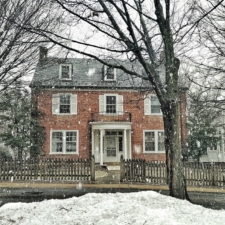 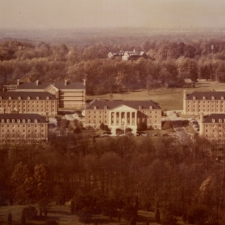 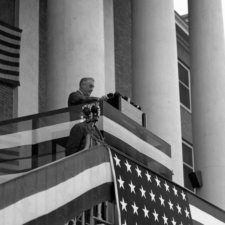 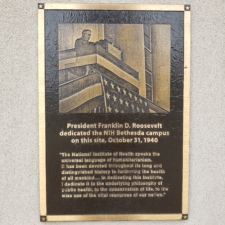 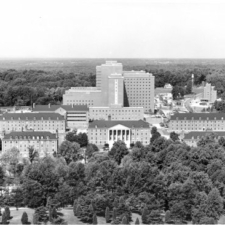 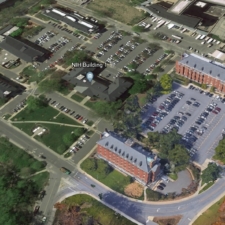 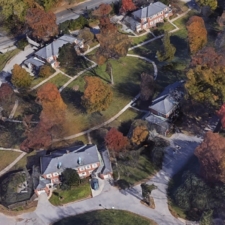 Location notes: Buildings 1-6 are located between Memorial Road and Center Drive and the Officers’ Quarters are just to the northwest, clustered around Zelkova Lane.