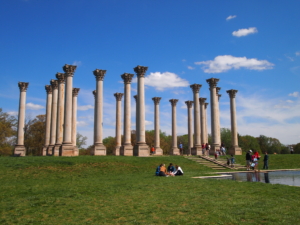 The United States National Arboretum was established as a public center for scientific research, education, and gardens to conserve and showcase the floral bounty of America and the world.  It was authorized in 1927, but the actual development of the arboretum was accomplished during the 1930s by the New Deal.

The Public Works Administration (PWA) funded land acquisition, as well as extensive planning and mapmaking, for the Arboretum. Young men of the Civilian Conservation Corps (CCC) performed the work under the supervision of the Bureau of Plant Industry (today’s Agricultural Research Service) of the Department of Agriculture (USDA)

The Arboretum was established by an act of Congress during the administration of President Calvin Coolidge, after a campaign by USDA Chief Botanist Frederick Vernon Coville.  Some 189 acres were purchased in 1928, 196 acres  in 1934, and smaller additions in 1938, 1948, and 1949 that added up to the Arboretum’s current 446 acres.

The National Arboretum was a primary CCC work site in the District of Columbia, with camp NA-1 operating there from 1934 to 1941.  Led by botanist Oliver Freeman and superintendent R.R. Bartel of the Bureau of Plant Industry, the CCC boys did the basic improvement and construction work to get the Arboretum up and running, some 130,000 days of labor, in all.

They began by clearing 350 acres of brush and putting wire fencing and concrete curbing around the entire 450 acre tract.  They graded the site and built several miles of truck trails, six bridges and over a mile of pathways.  They developed the water system, carving out two ponds and a small lake for aquatic plants.  Hickey Creek was opened up and stabilized with stone rip-rapping.

Following soil preparation on 150 acres, the CCC enrollees planted trees and shrubs on many acres and laid sod on much of the rest. They built five greenhouses and a combination heating plant and potting shed to aid in the propagation of plantings.

Frederic A. Delano, President Roosevelt’s uncle and advisor, and Chairman of the Advisory Council of the Arboretum, stated that: “… the terrain of the original area had been put into very good condition, thanks largely to the establishment of a C.C.C. Camp.  These competent young men have, among other things, built roads, laid out tree areas, built artificial lakes and, in fact, have helped put the soil in good condition for growing a tree crop.” (quoted in Evening Star 1941)

The National Arboretum is today a botanical, recreational and educational treasure for greater Washington DC. 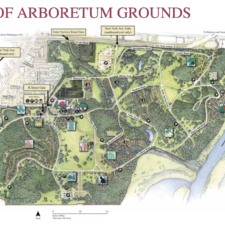 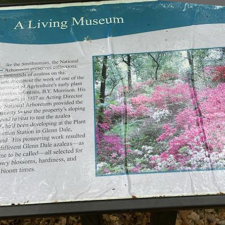 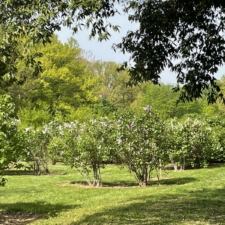 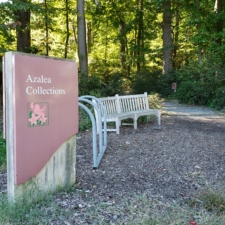 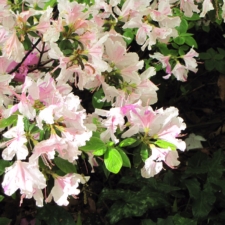 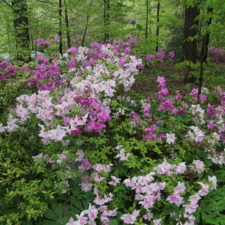 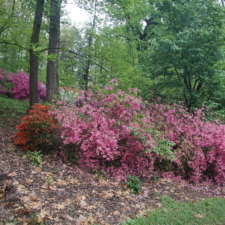 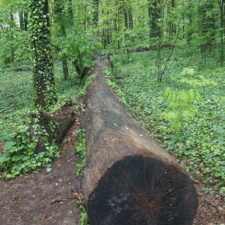 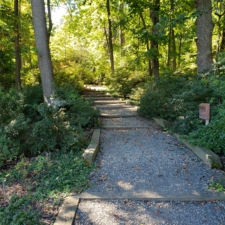 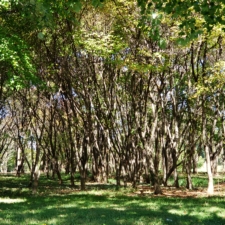 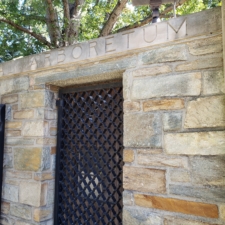 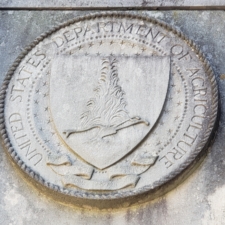 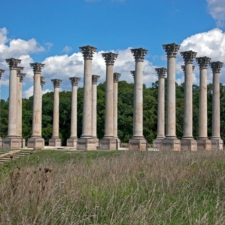 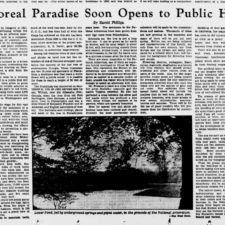