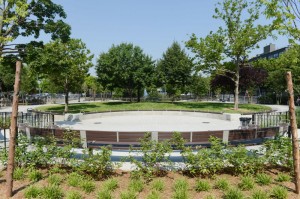 In Sept. 1941 the New York Times described a playground being constructed by the WPA in Queens at “Forty-Fifth Avenue and Twenty-first Street.” This site, Murray Playground, is still in use today.

New York City’s Parks Department writes: “The City of New York acquired the land that constitutes Murray Playground in four parts by purchase and condemnation between 1941 and 1945. The park stretches from 11th to 21st Street, and is bounded by 45th Avenue and 45th Road.”

A 1942 Department of Parks press release announcing the park’s opening describes the work done by the WPA:

“A wide mall, lined with benches and trees in block paved panels, divides the area into two main fence enclosed sections. Gate controlled entrances are provided at each end of this mall leading to the centrally located brick comfort station and plaza… East of the comfort station and centered, on the plaza a World’s Fair “Court of Communications” flagpole has been erected. A large wading pool centered in the east half of the playground is flanked by apparatus areas for kindergarten and school-age children… The western half of the playground is a large bituminous surfaced open play area designed for many uses including roller skating, ice skating, basketball and other group games… The work was performed by the Work Projects Administration from plans prepared by the Department of Parks. In 1934 there were 119 playgrounds in the five boroughs, 65 of which have been reconstructed. There are now with these three additions 474 playgrounds in the park system.”

In 1948, this playground was named after John F. Murray, “a lifetime Queens resident and a dedicated recreation supervisor for Queens parks for many years.” (nycgov) 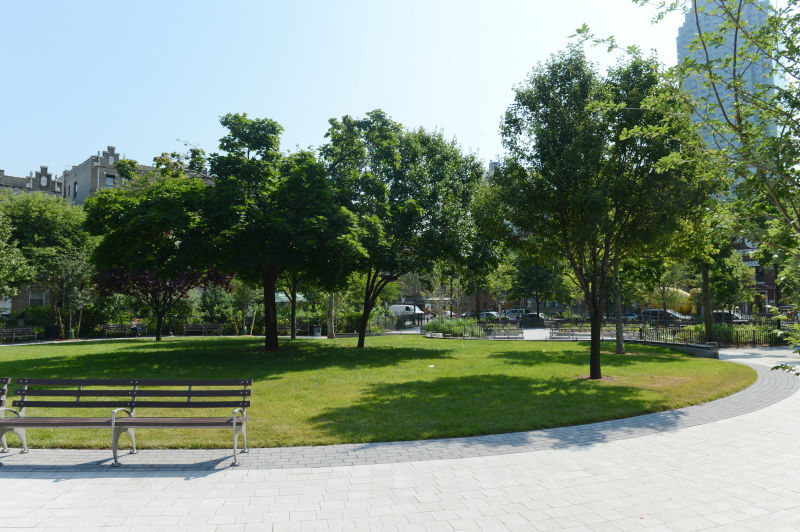