In the 1930’s, Winter Garden was struggling economically along with the rest of the nation. The Great Depression left growers without markets, consumers without spending money, and many without work. It was Winter Garden’s fortune to have George Walker as its mayor during this difficult period.

Mr. Walker, a native of Savannah, Georgia, came to Winter Garden in 1919, and in the following year, opened Walker Electric Company and Appliance Store. An avid sportsman, Walker was the director of the Lake-Orange County semi-pro baseball league and served as the manager of the Winter Garden League in 1924.

He was also active in civic affairs as a member of the First Baptist Church of Winter Garden, and the Lions and Rotary Clubs.
In 1933, he was elected Mayor of Winter Garden. Mayor Walker realized that building projects could provide work. Architects, contractors, tradesmen, and laborers would all be employed if money could be found for large civic building projects. Mr Walker looked to the Works Project Administration, an agency set up under President Franklin Roosevelt’s New Deal. The W. P. A. responded to Winter Garden’s requests with funds for major waterfront improvements and a series of public structures.

Waterfront improvements included a rebuilt seawall, city docks and boat facilities, a public pool, auditorium and recreational facilities, and a large trailer park to attract and house tourists. The fire station, city hall, and city ballpark, (named Walker Field in his honor), were also constructed during his term as Mayor.

During his seven year term as Mayor, George Walker secured over $250,000 in W. P. A. funds for the city. The benefits of these projects went far beyond the employment offered. The structures built were, and still are, sources of civic pride in the community.

The accompanying photographs portray Mayor Walker taking in a baseball game (photograph #1) and holding a large catch of fish from Lake Apopka (photograph #2). The picture was used on p. 52 of “All Aboard! A Journey Through Historic Winter Garden 1880-1950,” written by the Winter Garden Heritage Foundation.

Walker Field on Park Avenue is named after Mayor Walker. 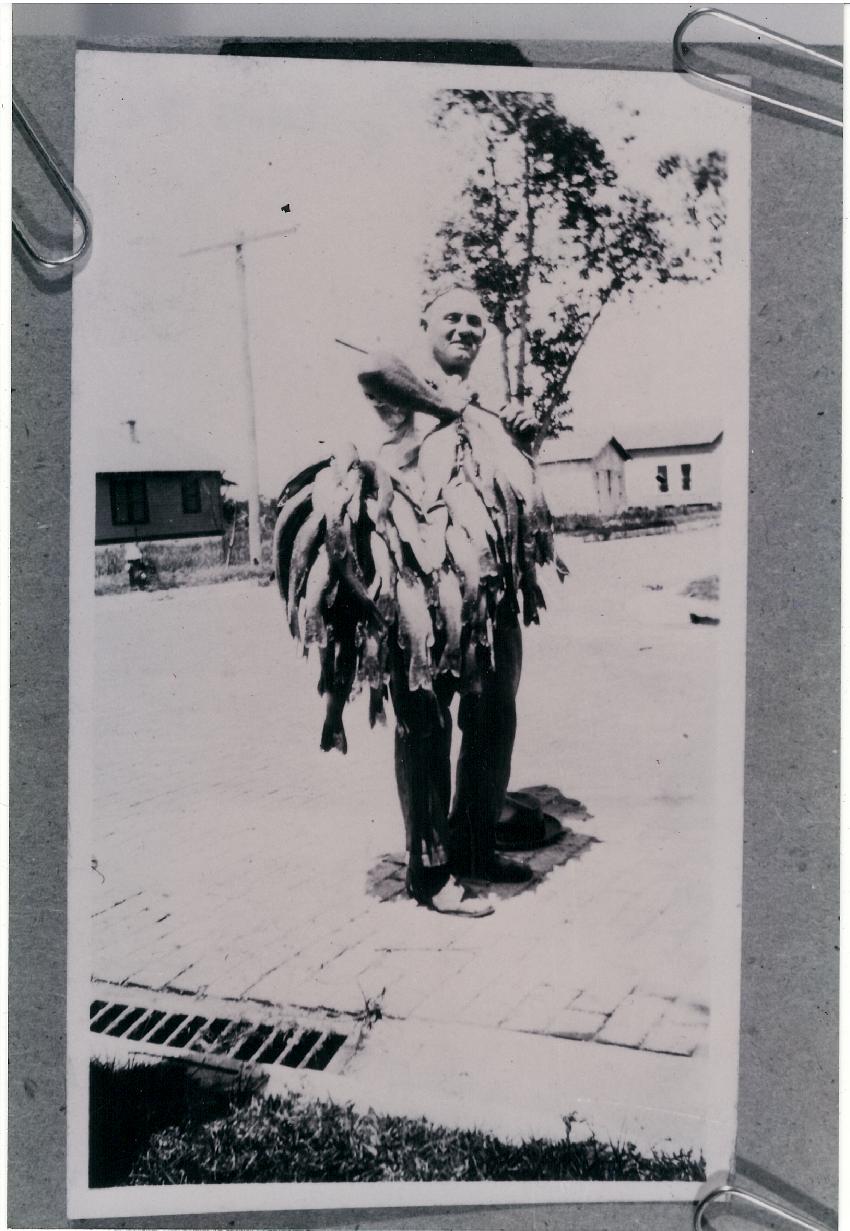