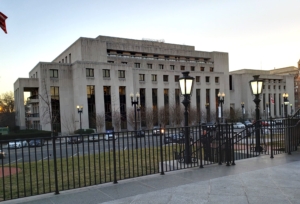 The Henry J. Daly Building is the former District of Columbia Municipal Center, built in 1939-41 with funding from the Public Works Administration (PWA) (which was incorporated into the Federal Works Administration in 1939 in a major government reorganization).  The Municipal Building was meant to replace the old City Hall and consolidate the District’s local government functions, but has mostly been used as the DC police headquarters.

The PWA made an initial allocation of $5.7 million in 1938 (Evening Star 1938) , but the final allocation was evidently $7.75 million (National Archives).  Sources differ over whether this was a grant or a loan – though in many cases they were the same because the local government could not repay the full loan.

Efforts to realize a municipal center in Washington had preoccupied city officials for over a century.  A grand design for four buildings around John Marshall Square was drawn up by Municipal Architect Albert L. Harris and his office in 1927.  Lack of funds due to the Great Depression led the new Municipal Architect, Nathan Wyeth, to create a much reduced plan in 1935.   Yet, Wyeth needed to win approval from the Commission of Fine Arts (CFA) and the National Capital Park and Planning Commission. The CFA rejected his plans and Wyeth eventually backed down from more ambitious proposals.  Finally, in 1937, a new design was approved and the PWA money allotted. (Gilmore 2016)

The same day, a headline in the Washington Post proclaimed, “District’s Municipal Center Now Raised from Realm of Myth.” A year later the Post celebrated the fact that construction was underway, saying that, “…It would be welcome change from the Civil War-era [City Hall at] 462 Indiana Avenue, about which a congressman was quoted, ‘It’s the worst structure I’ve ever seen.’” (quoted in Gilmore 2016)

Nevertheless, plans to move all district offices into the Municipal Building were thwarted by the War Department because of the war effort, and only the police were able to make the move. Ever since, the building has been known chiefly as the police headquarters. (Gilmore 2016)

The Classical Moderne design of the Municipal Building, with its clean lines, setbacks and bas-reliefs, won citations for architect Wyeth and builder D.M.W Contracting.  The interior has some fine Art Deco touches, notably the floor mosaic in the entry lobby.

The Municipal Building also contains an array of artworks from the 1930s paid for with citizen contributions, not government money, so they do not qualify as New Deal.  Nevertheless, they are well worth a visit to the Daly Building today, particularly the vast frieze around the interior courtyard depicting police relations with the community.

Of the rest of the once-imagined group of municipal buildings around Judiciary Square only the Recorder of Deeds building and a portion of the Central Library office (the Library Annex) were realized.  The latter was later demolished to make space for the Canadian Embassy. Land intended for a Municipal Auditorium later hosted the E. Barrett Prettyman United States Courthouse and a plot set aside for the West Building of the Municipal Center became the home of the D.C. Superior Court. (wikipedia)

The Municipal Building’s current tenants include the DC Police Department and Department of Motor Vehicles. The name was changed to the Henry J. Daly Building in 1994 to honor a police sergeant killed in the line of duty.

Thanks to the D.C. Preservation League, the Daly Building was officially designated a District of Columbia historic landmark in 2018.  Nonetheless, years of inattention to maintenance have taken their toll on the building. 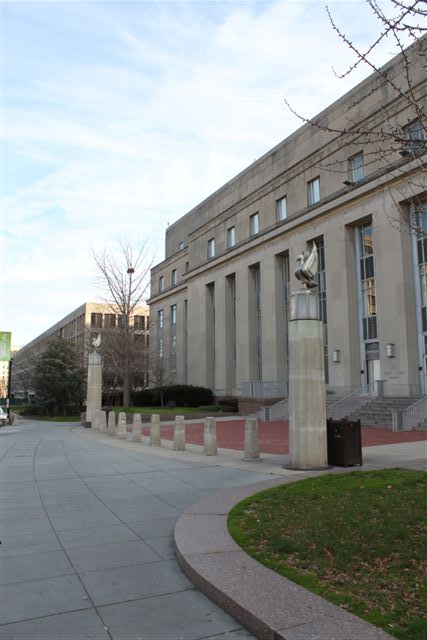 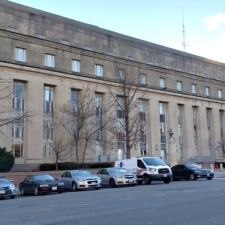 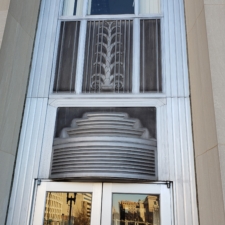 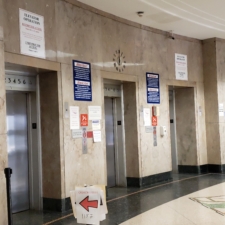 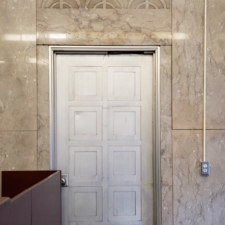 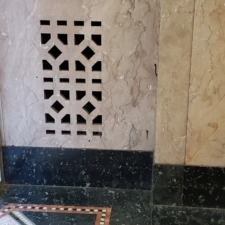 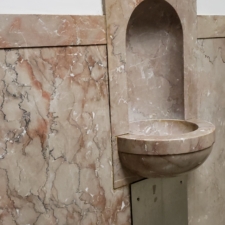 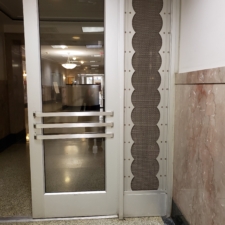 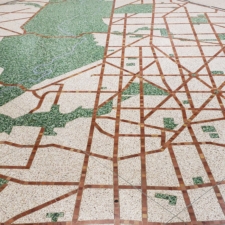 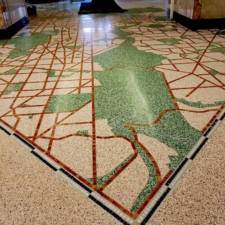 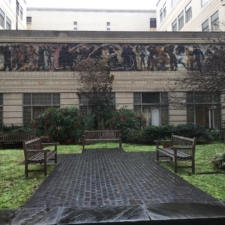 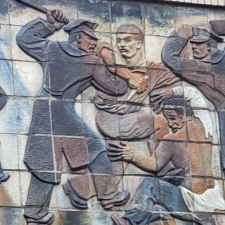 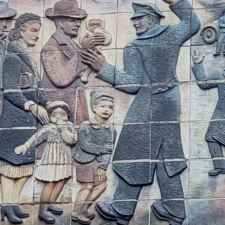 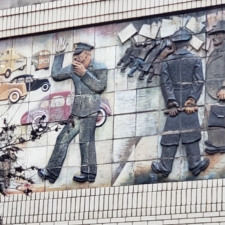 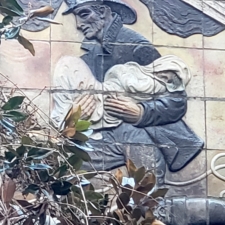 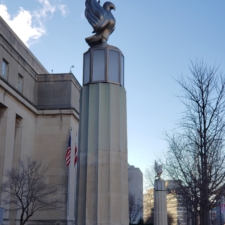 Project originally submitted by Matthew Gilmore on May 19, 2012.
Additional contributions by Brent McKee, Richard A Walker.