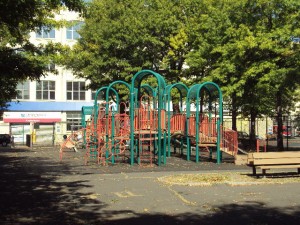 According to New York City’s Parks Department website, Martin Luther Playground, so named in 1987, “was originally acquired by the city in 1907. The property was expanded in 1940 and was opened to the public on June 5, 1942.”