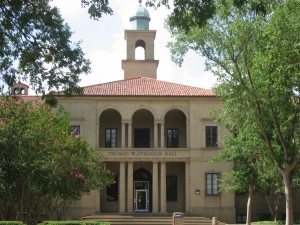 The WPA, the PWA and the CWA were all involved in working on the LSU campus from 1934 through the late 1930s. As Professor Robert Leighninger Jr. explains in Building Louisiana:

“On a typical day I used to drive to work at Louisiana State University (LSU) past a lake reclaimed from swampland by WPA workers…[and] Parker Coliseum (also a WPA project) at the southeastern edge of campus.

As I entered the campus, I passed the Student Health Center (WPA) and Himes Hall (a PWA classroom building). Turning into my parking lot, I passed the northern enclosure of the football stadium (WPA). If I walked to lunch at the Faculty Club (PWA), I might pass Atkinson Hall (PWA), a math and physics building complete with observatory. If I walked a slightly wider loop, I’d pass the Geology Building (PWA) and three women’s dormitories (PWA). A walk after lunch toward the Mississippi River levee would take me past Alex Box Stadium (WPA), home to LSU’s three-time Division I championship baseball team. If I had to go to the credit union, I’d walk past the School of Agriculture’s Sugar Factory, a major research facility that was given modern equipment by the PWA, installed by the WPA.”

“While LSU’s [1934 PWA] proposal was in limbo, the university took advantage of the Civil Works Administration (CWA), which, with its emphasis on labor-intensive activities, was a natural for a project that involved taking a building apart, moving it, and reassembling it in another location. LSU was moving to its new campus. Most of the downtown buildings were left behind, but there was one, Alumni Hall, that university officials wanted to take with them. Workers hired by the CWA moved it, bit by bit, to the bluff west of the quad and next to the gym/armory. It is now home to the School of Journalism…

When the state reestablished relations with the PWA in 1936, the LSU women’s dormitory proposal was put forth again. In fact, it went through several more iterations with different buildings and financial arrangements. Final approval came in February 1937 for three women’s dorms: Evangeline, Grace King, and Louis Garig. The classroom building and bookstore extension were taken over by the WPA…

Three new projects from LSU were forwarded [in 1938]: a faculty club, a commerce classroom building, and a geology building… The commerce building was to become Himes Hall.”

“At LSU, the WPA…built Alex Box Stadium, the northern enclosure of the football stadium, the student health center, the physics building (Nicholson Hall) complete with observatory, and the Agricultural Administration building. The Panhellenion, an office building for sororities, since torn down, was a WPA effort. WPA workers dug the lakes below City Park that border the campus on the east, paved roads and sidewalks, installed sewers and drainage canals, and built tennis courts and a running track. Their most impressive structure, rivaling many PWA projects in scale, is Parker Agricultural Center, once the largest copper-domed coliseum in the country.” 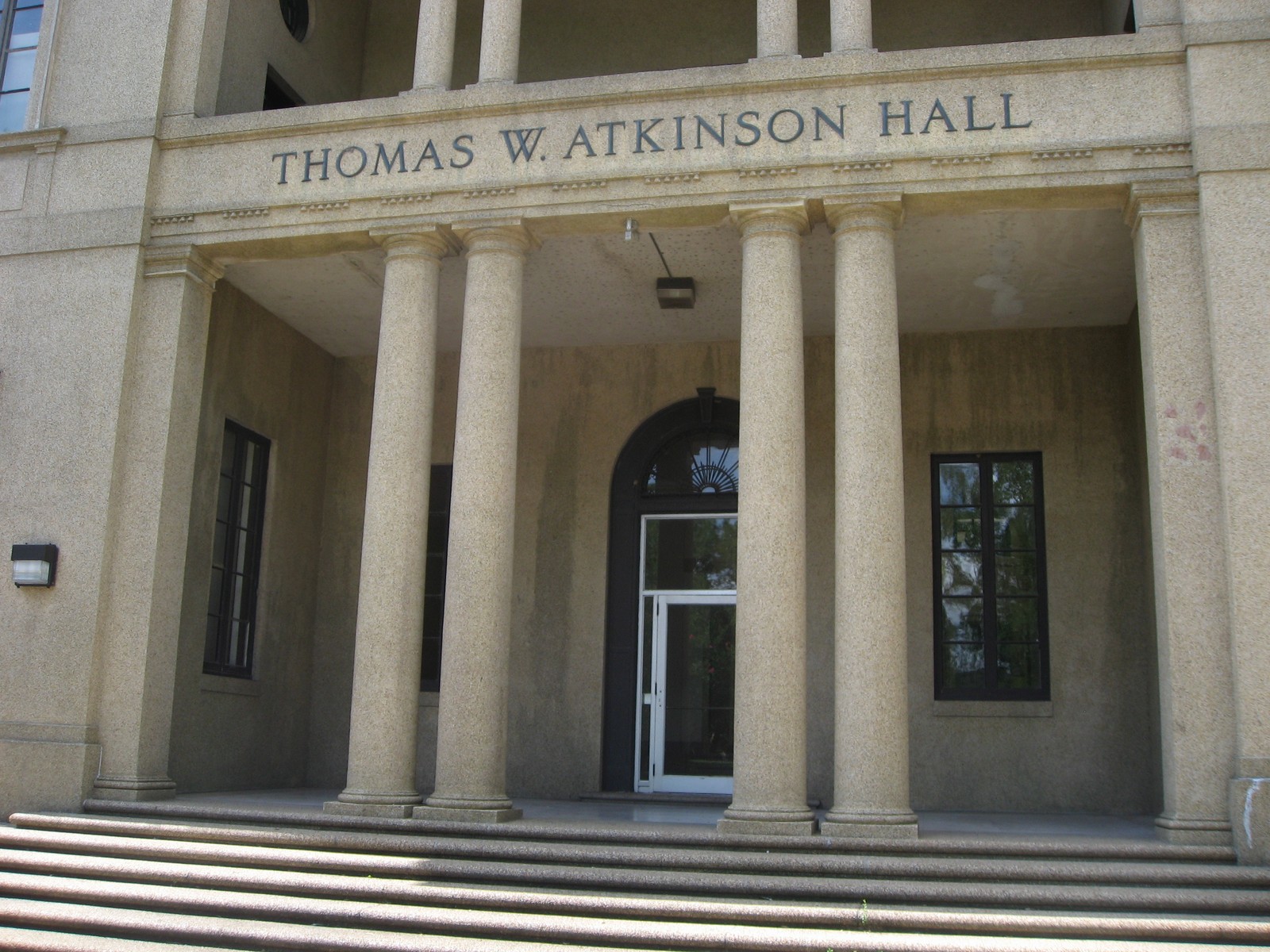 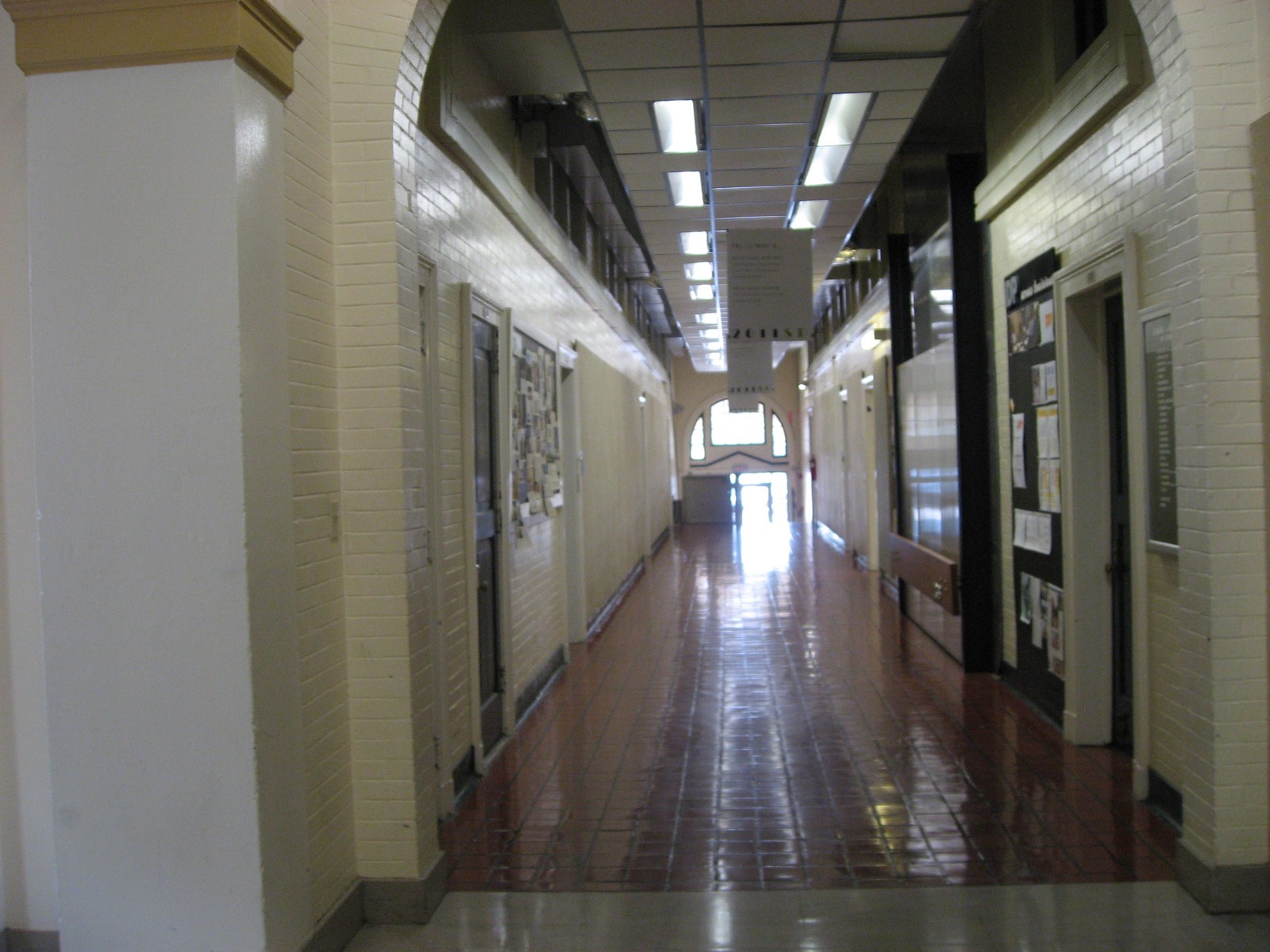 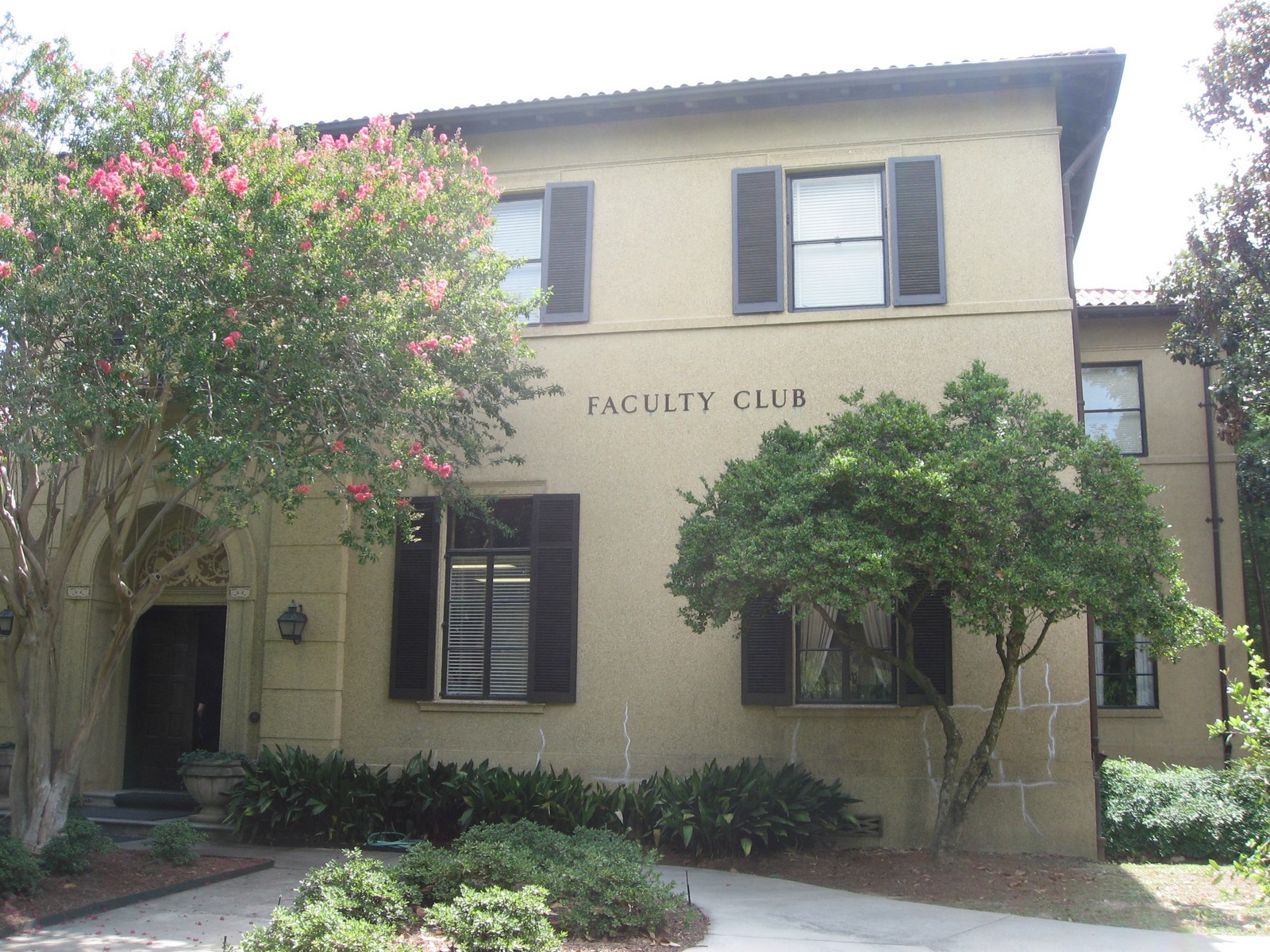 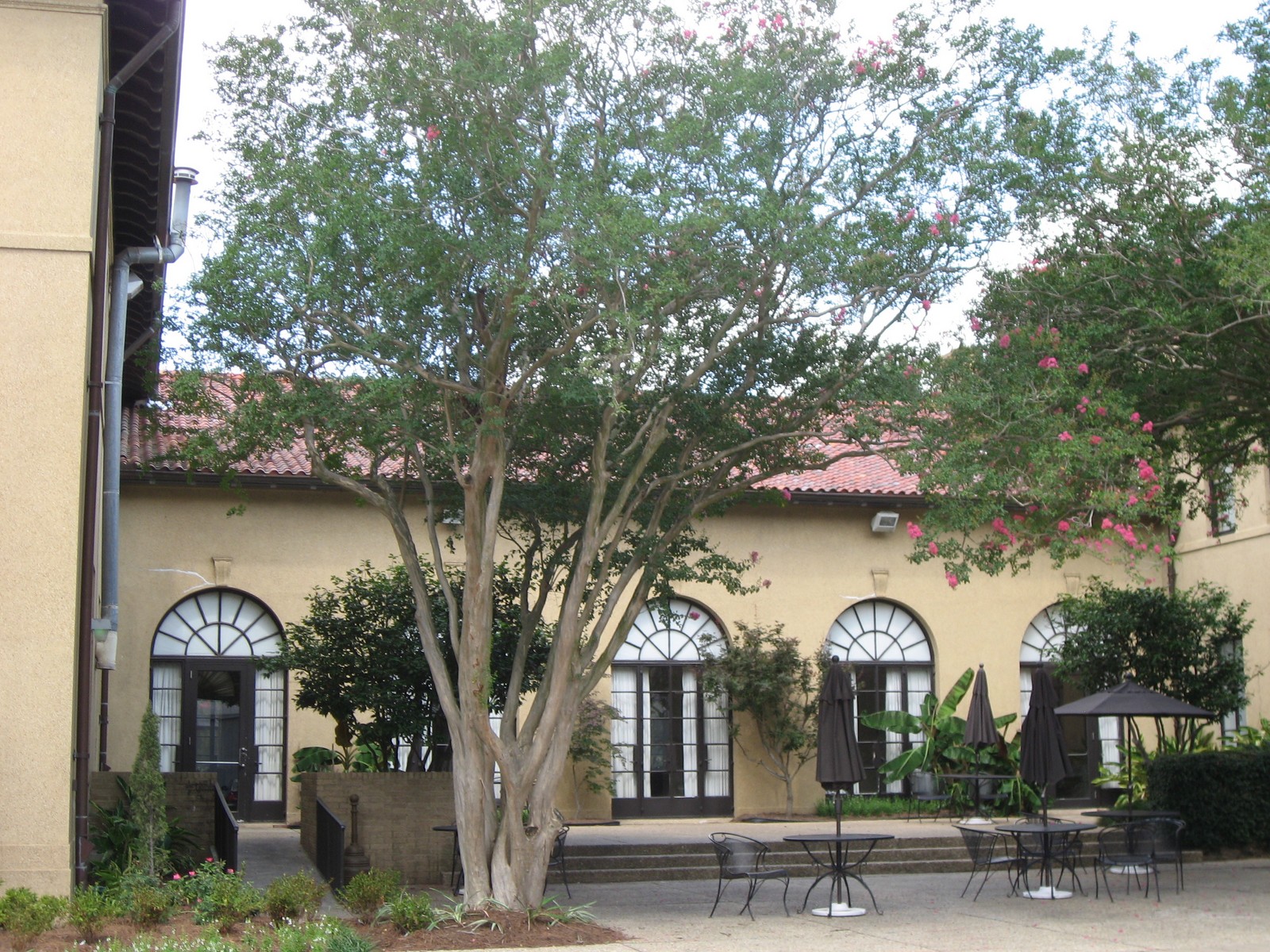 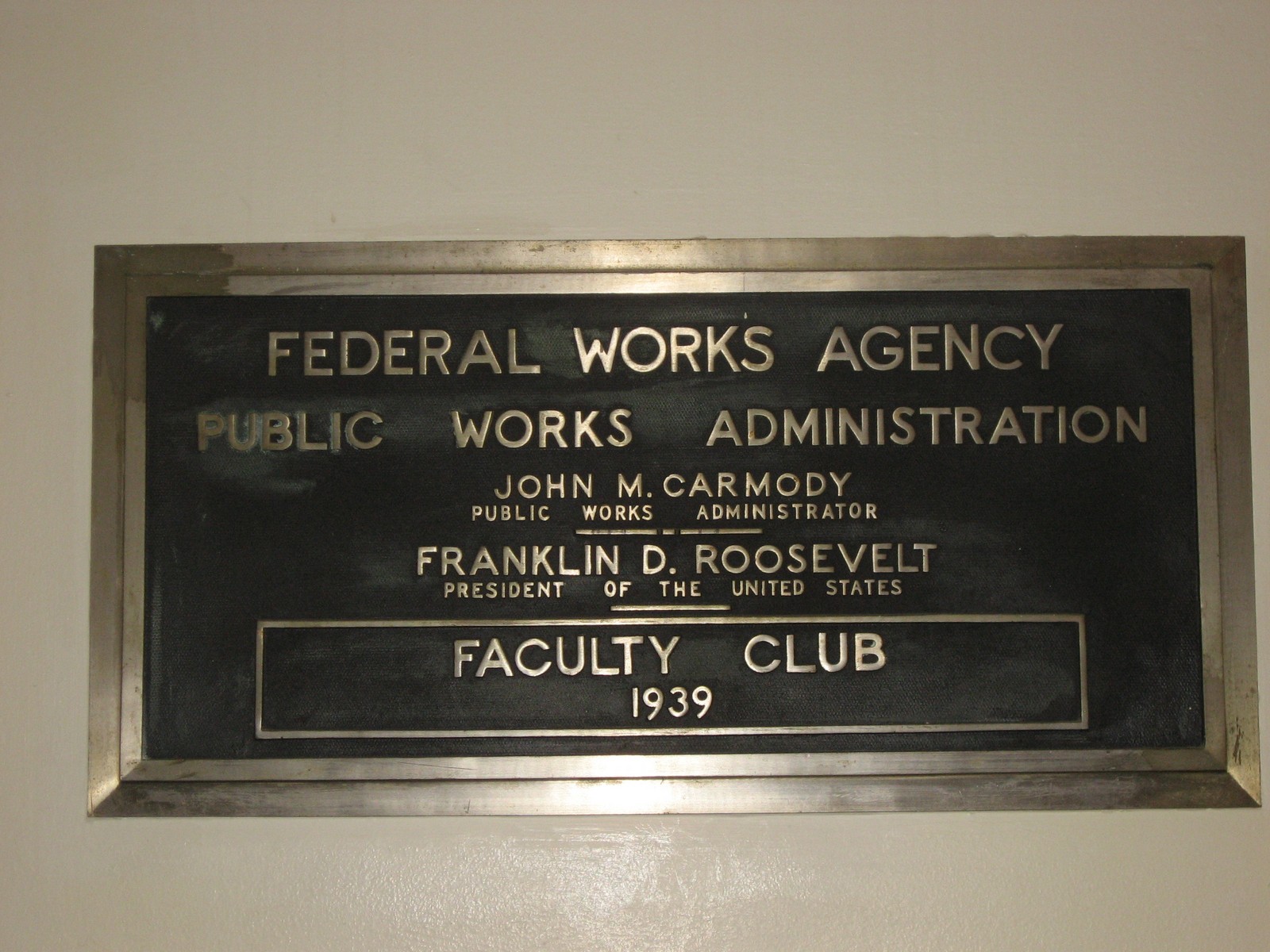 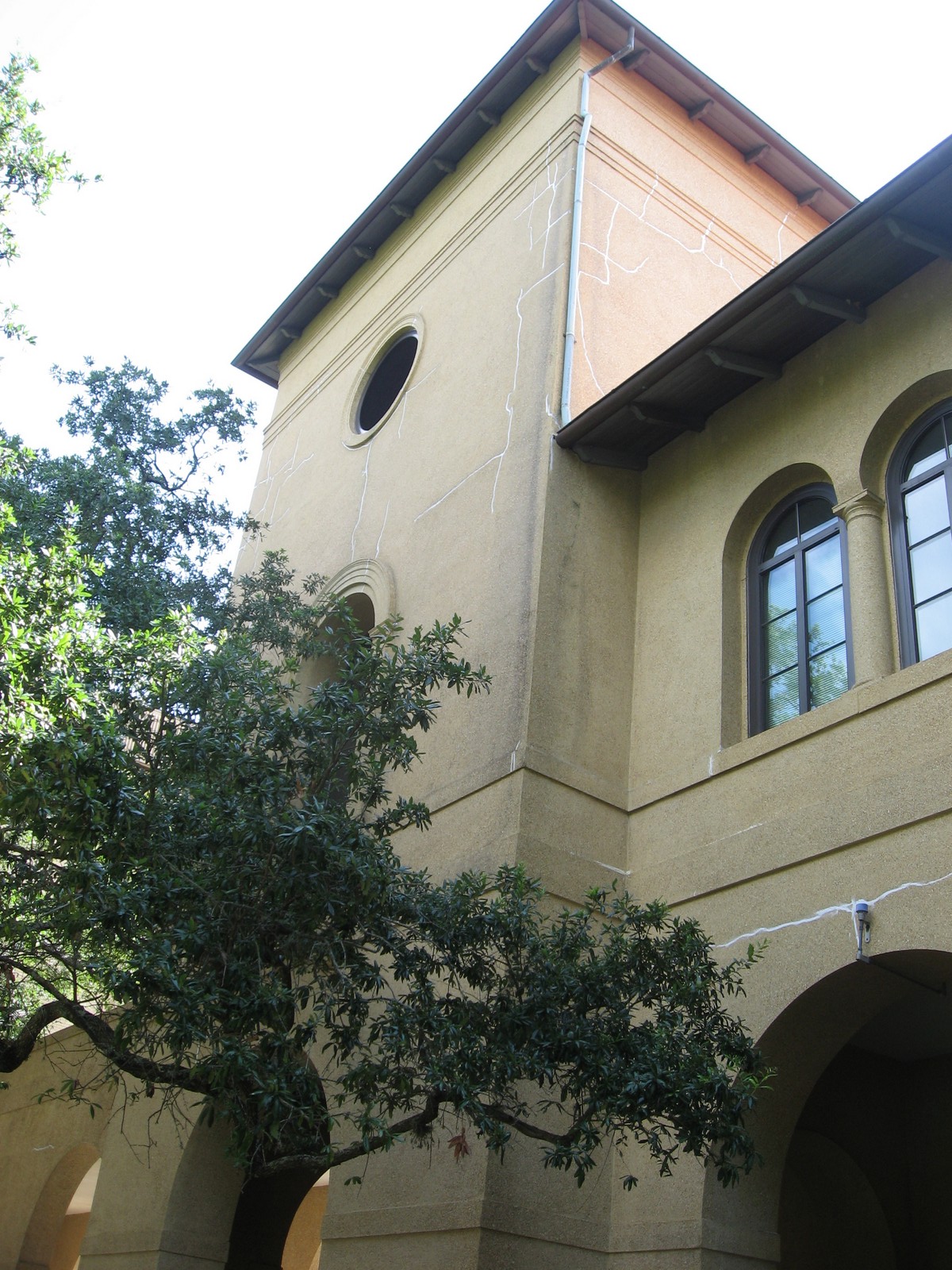 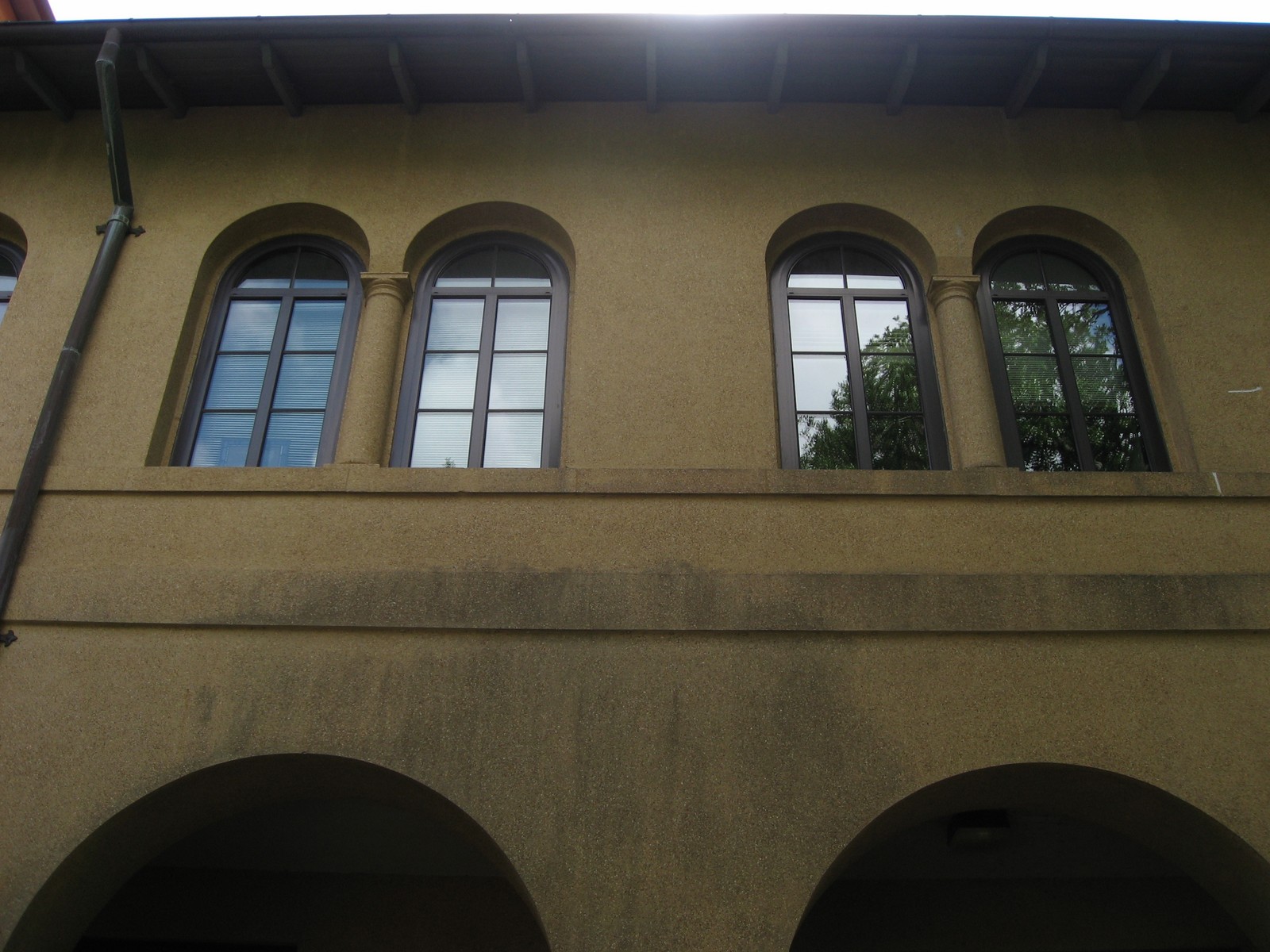 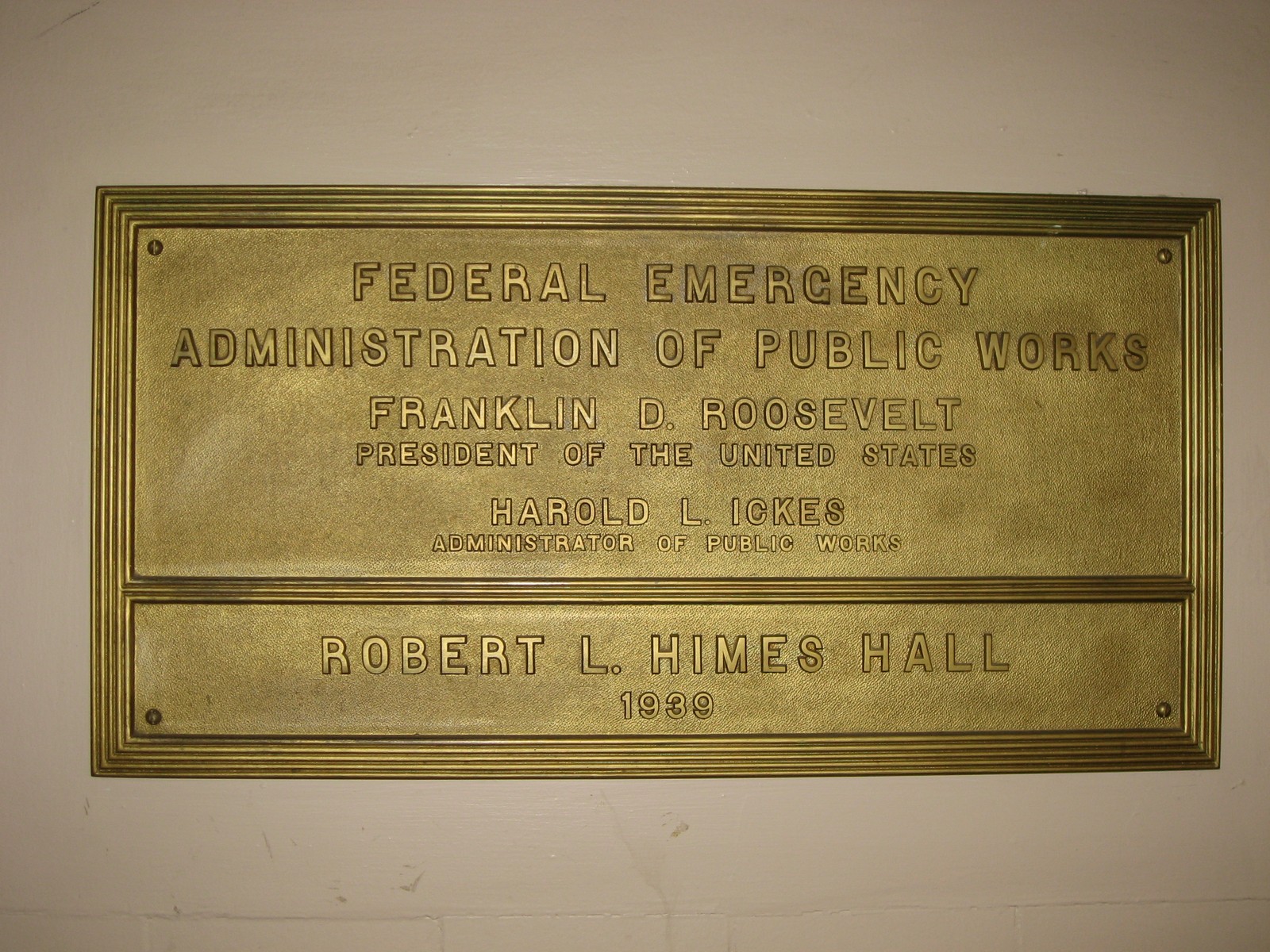 Located inside the building. 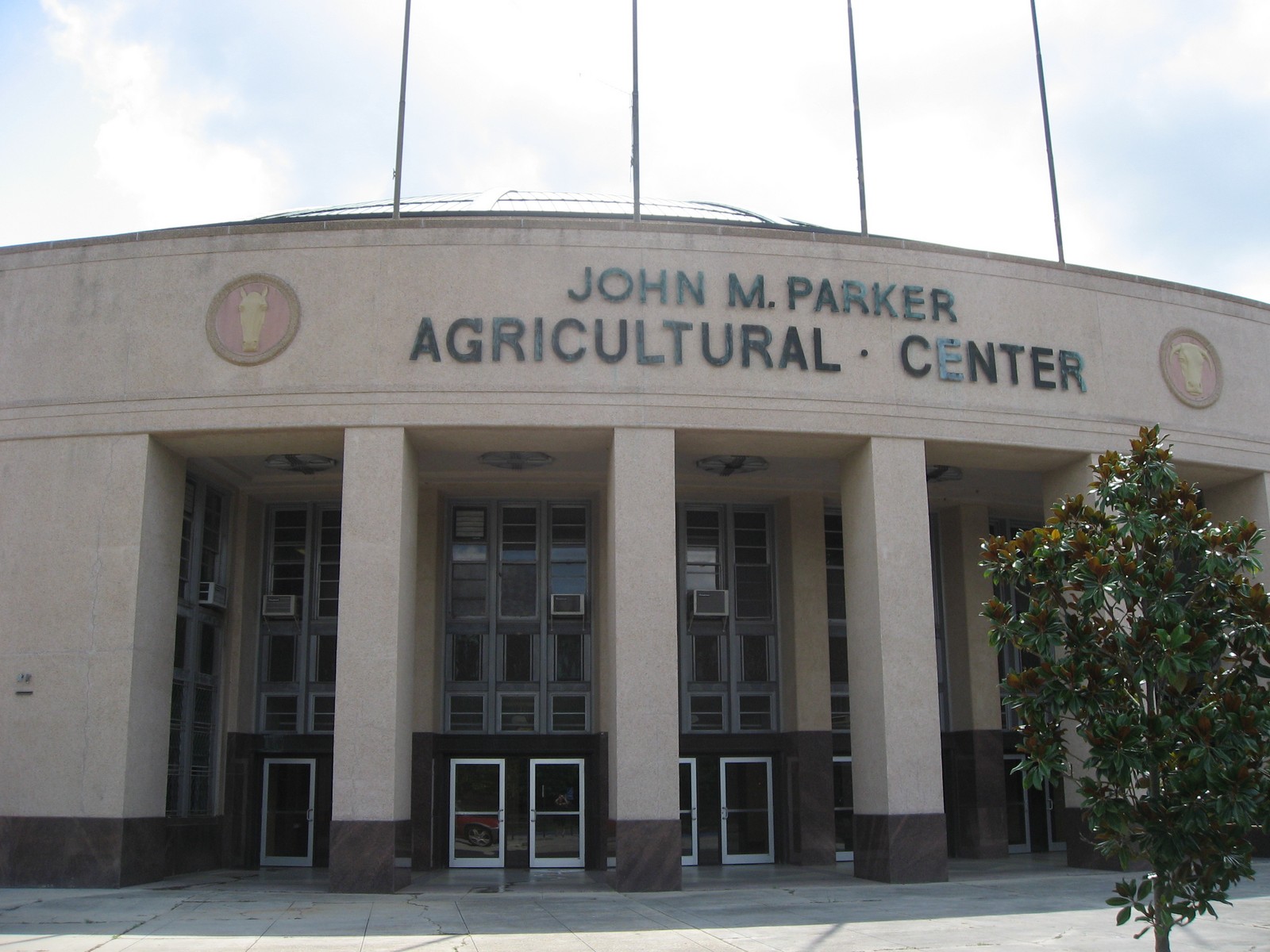 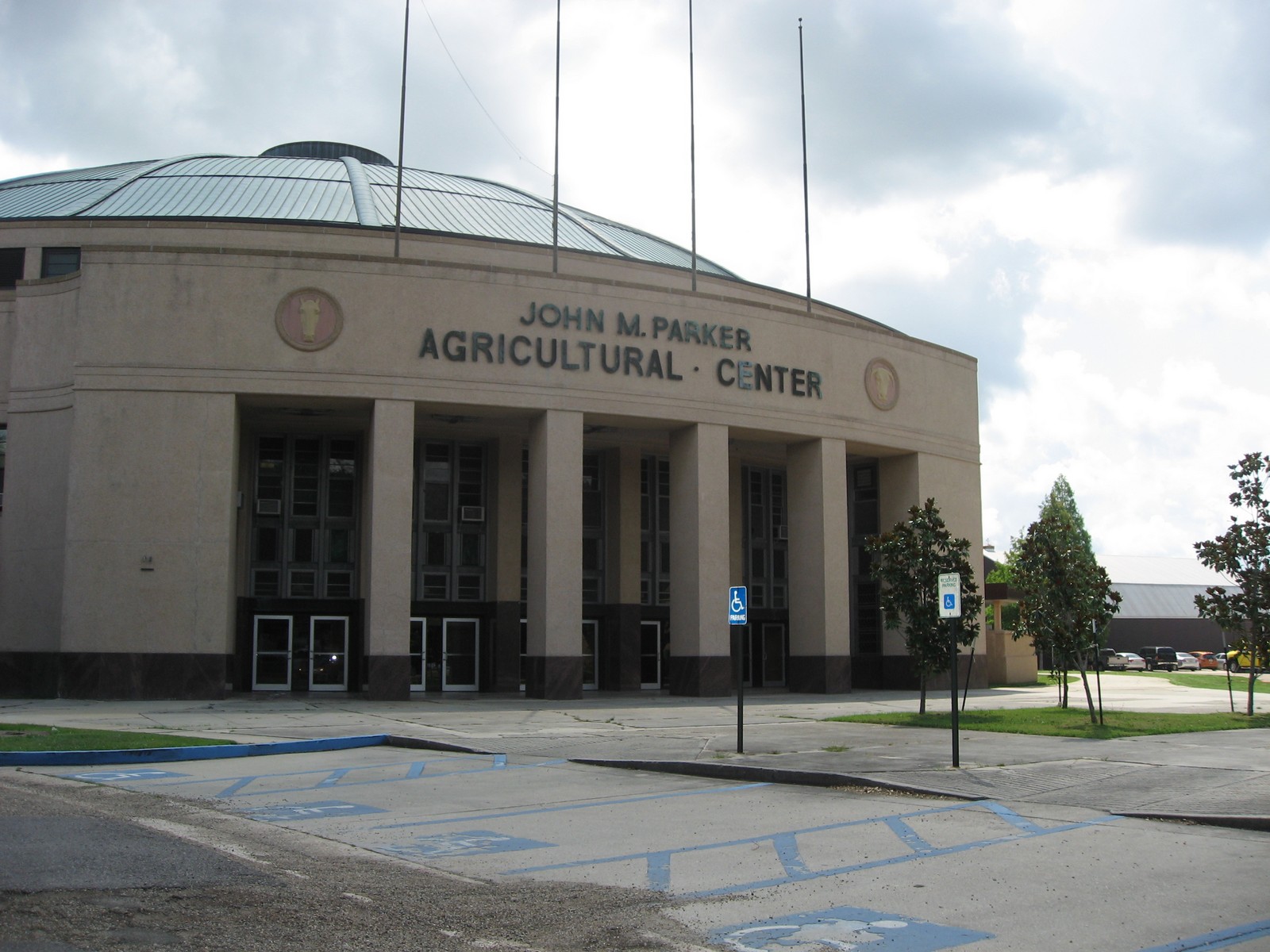 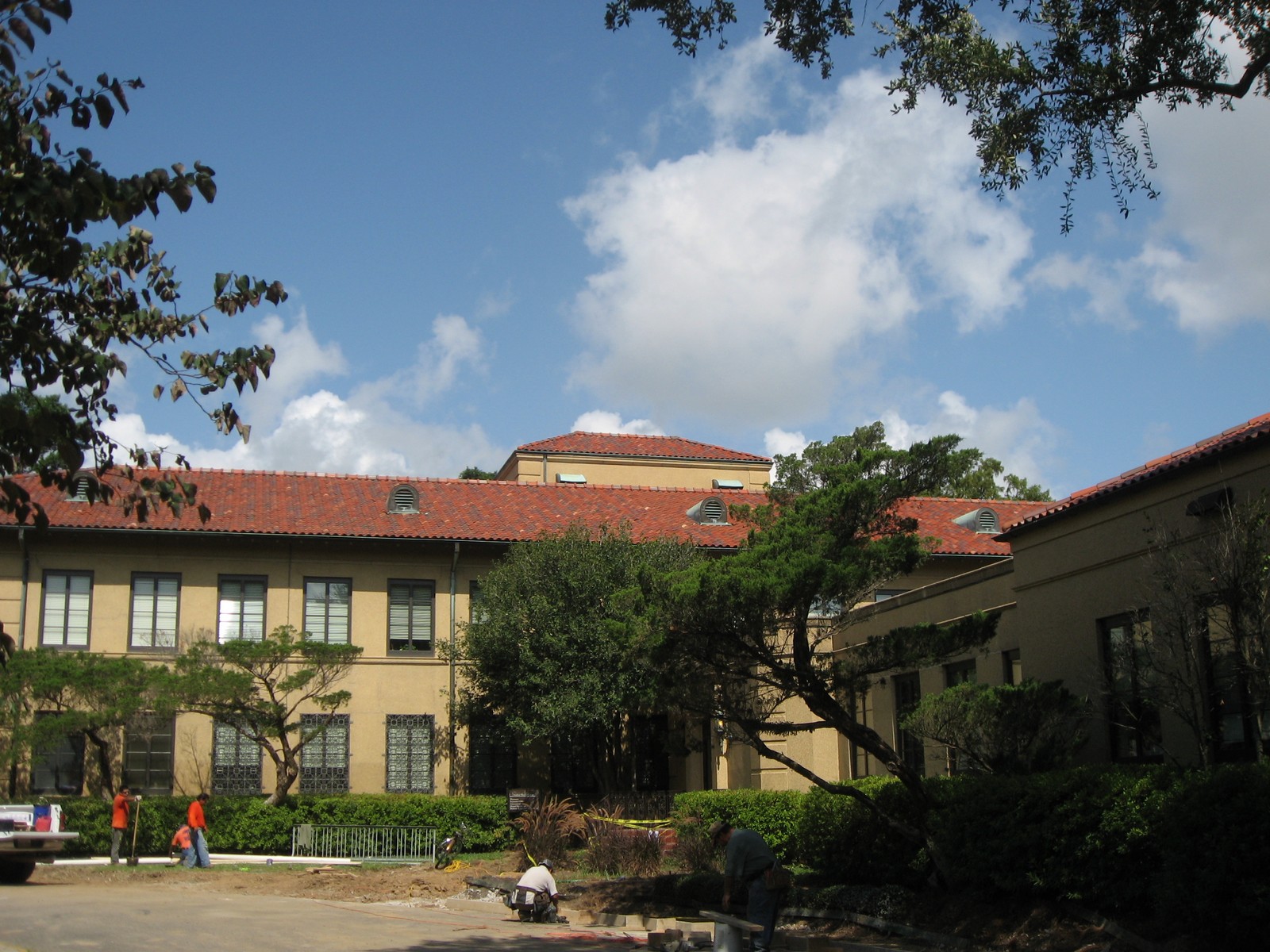 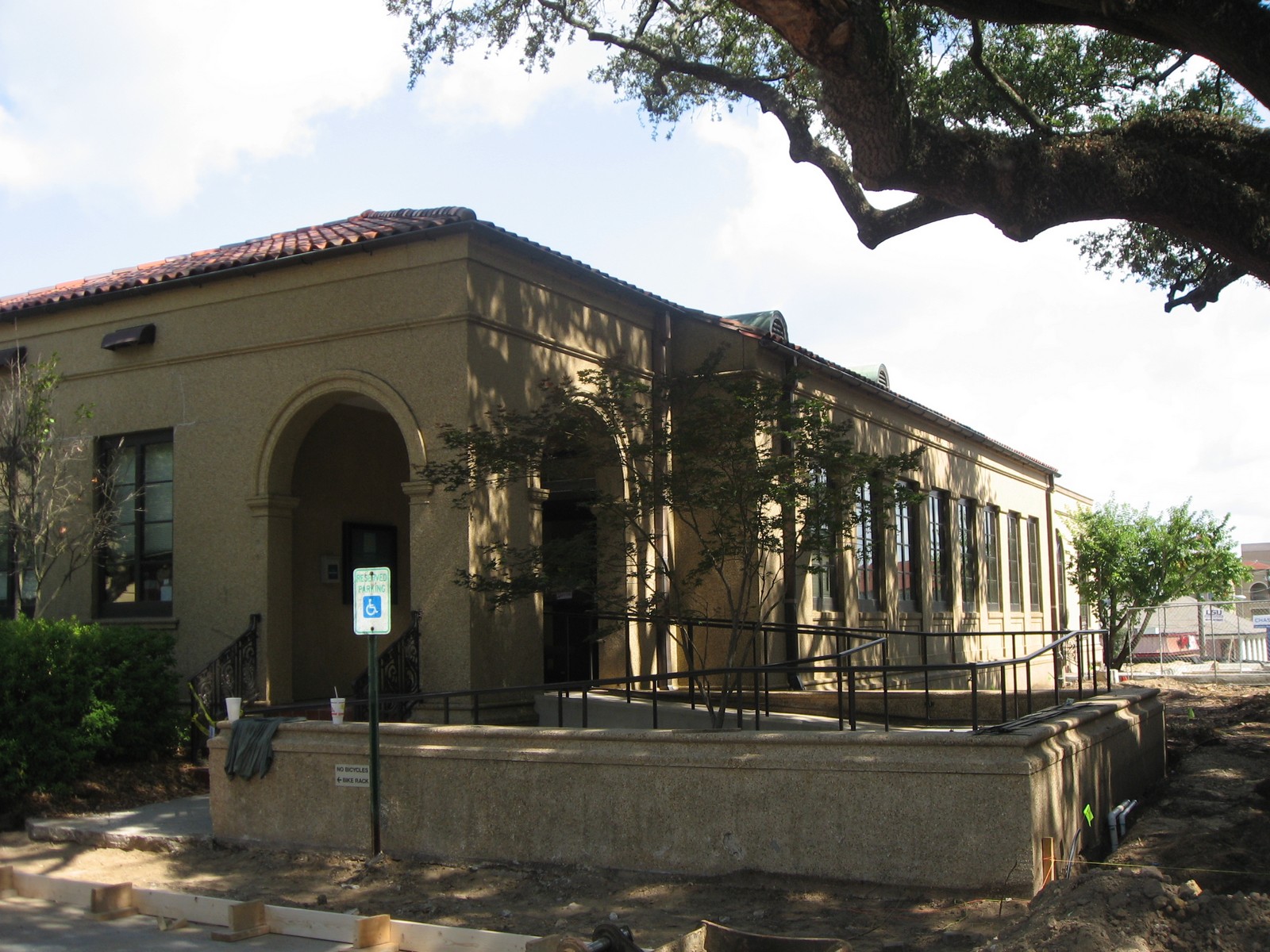 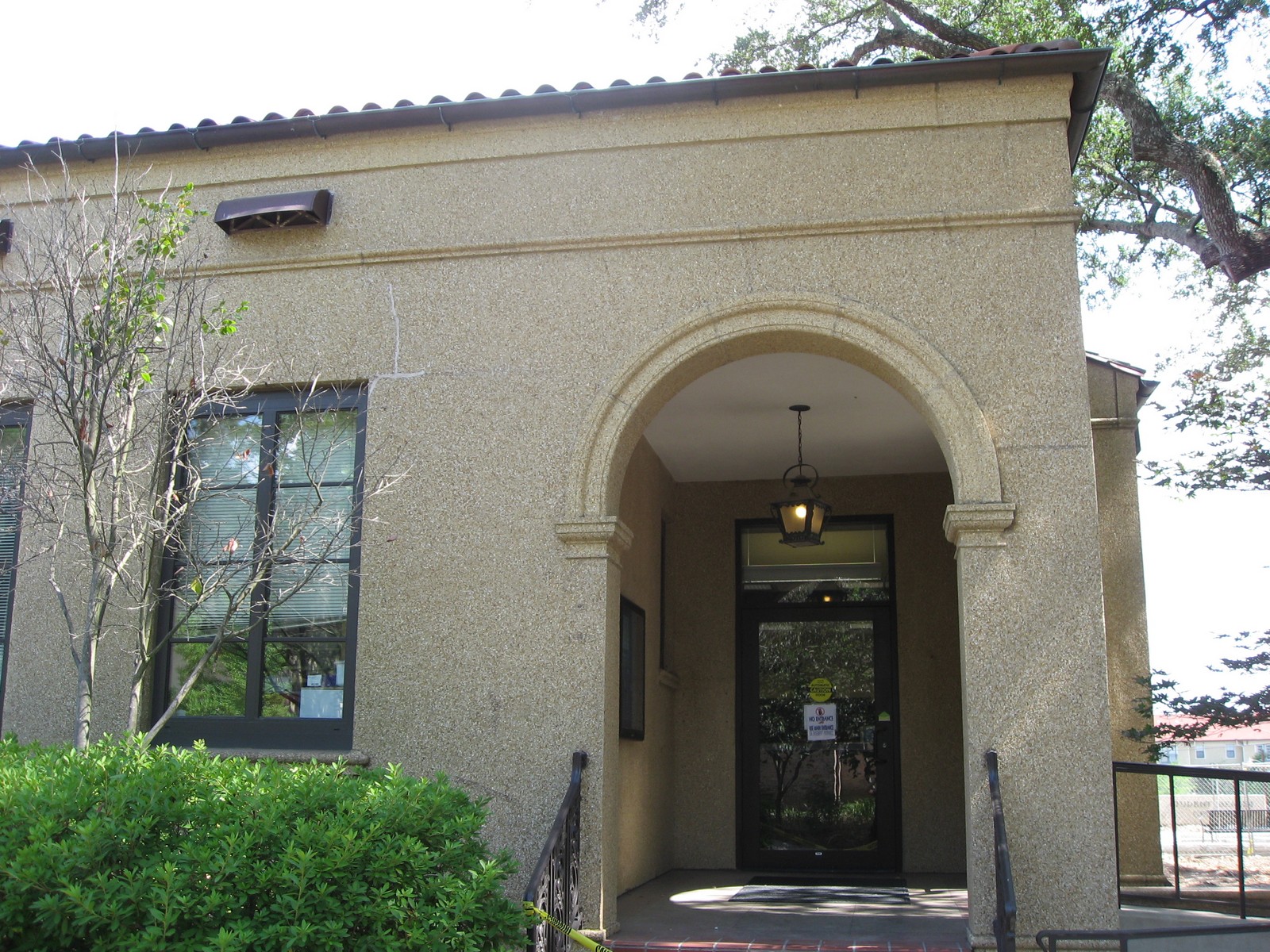 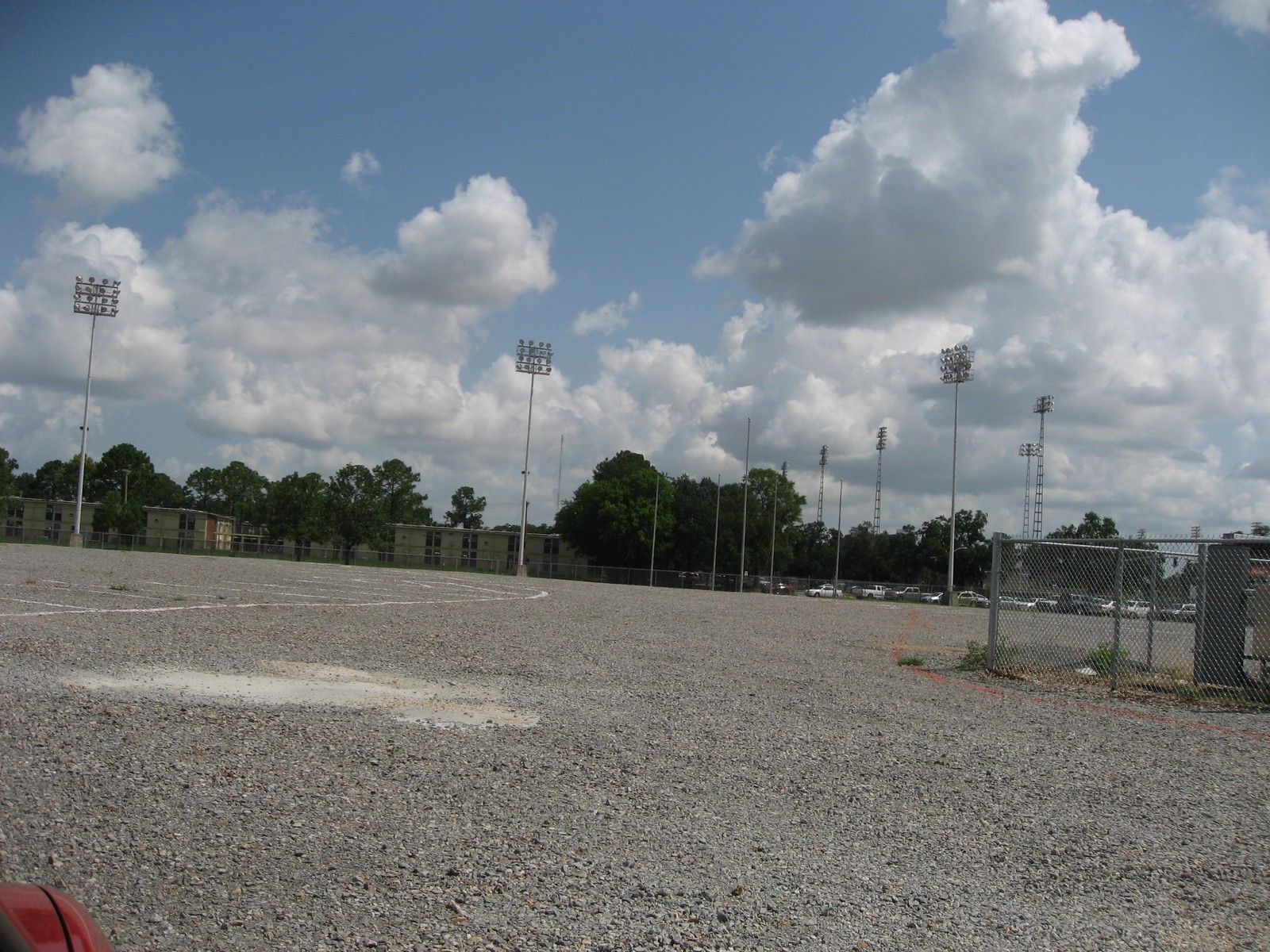 Built by the WPA in 1938, the stadium was replaced by a new stadium 200 yards away in 2008. The stadium itself has been dismantled and sold to fans.