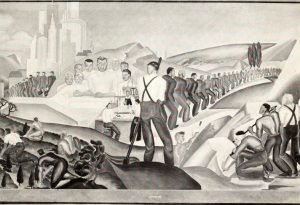 “Youth and Ambition” by Virginia Pitman, was commissioned by the WPA and presently housed in Laramie, Wyoming’s Albany County Library.

“The painting is divided into several sections. One shows men in line to enter a factory. Another depicts scientists in the lab. Still another shows a group of shirtless miners striking the earth. The figures are muscular and project a sense of industry. “It’s optimistic,” Schultes said.” 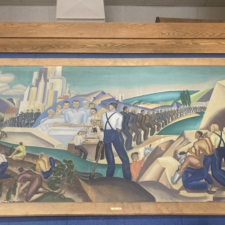 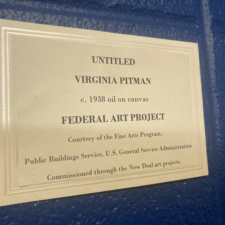 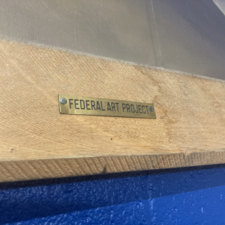