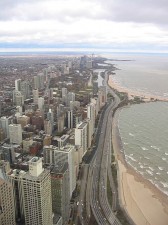 Viewed from Near North Side looking north.

The New Deal helped with the progress of Lake Shore Drive, both the Works Progress Administration and the Public Works Administration providing funding. These administrations’ assistance led to the completion of Lake Shore Drive from Foster Avenue to Jackson Park and led to the related projects of the Outer Drive Bridge and the State Street subway. In 1936, the PWA was granted $893,250 to put towards five public works projects. Some of that money went towards improving Lake Shore Drive between North Avenue and Ohio Street and Belmont Avenue and Byron Street. In 1939, the WPA put $1,250,000 into a new grade separation near North Avenue. The purpose of this was to aid traffic and hopefully eliminate congestion. This project also provided the drive with a new turning circle at North Avenue. The WPA also provided funding for repairs made from North Avenue to Oak Street, one of four WPA street resurfacing projects. (“$893,250 Request to PWA is O.K.’D by Park Board”; “Ready to Pour Concrete for Drive Project”; “Sheridan Road Repairs by WPA Start Monday”).

Lake Shore Drive, one of the United State’s first superhighways (also considered a part of Highway 41), “showcases Chicago like no other street in the city,” according to Chicago Tribune reporter Ron Grossman. Running next to Lake Michigan, it stretches from Hollywood Avenue to the Chicago Skyway and is the product of many projects taking place from the late nineteenth century up until recent years.

In the late 1800s, Potter Palmer, an American businessman also responsible for the development of State Street, convinced the city of Chicago to build the beginnings of what would eventually turn into Lake Shore Drive. He had originally intended it as a place for leisurely strolls. Soon though, the purpose of Lake Shore Drive and Lake Shore Drive itself grew. (Grossman; Biles).

Lake Shore Drive has continued to grow throughout the years, much of it made possible by work relief programs implemented during the Great Depression. 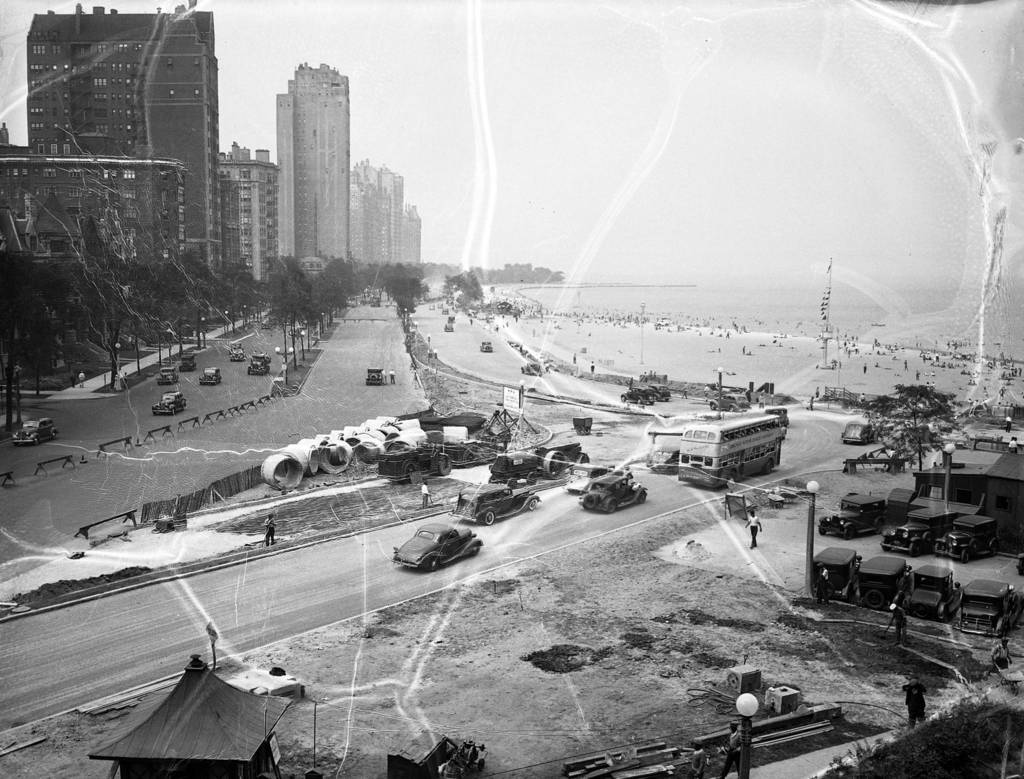