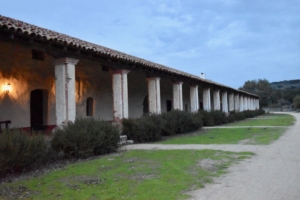 The Civilian Conservation Corps (CCC) carried out a complete restoration of the  Mission La Purisima in Lompoc CA, 1934-41.  It was an astonishing achievement, given the ruined state of the Mission and scarce historic sources to guide the work.

The CCC agree to do the restoration if land could be secured to turn the site into a State Historical Park.  Donations of land by the Catholic Church and Union Oil Company did the trick, and the CCC went to work. From 1934 to 1941 CCC crews uncovered, restored and rebuilt 13 separate structures at the Mission.  The State Historical Park was dedicated in 1941.

The work was overseen by an Advisory Committee created by the State Parks Commission and drawn from local luminaries of Santa Barbara County.  The first CCC crews began arriving in 1934 to start the job of restoration. Fredrick C. Hageman, a young architect from Los Angeles, was put in charge of the work, assisted by two foremen, Ed Negus and Walter Stewart. Hageman did extensive research to find old documents and photographs to help determine the original size and features of the various buildings.

The decision was made to restore what was left of the ruins, as well as rebuilding the mission as near to the original as possible (the mission at this site was built in 1812, after an earlier one in Lompoc was destroyed by earthquake).  Hageman was quite exacting in his reproduction, while allowing for some intuition where details were missing.  The first step was clearing out deep drifts of dirt that had accumulated, and during these excavations a large number of artifacts were found, such as original floor and roof tiles, which gave some important hints about the original buildings.

Work began with the padres residence building.  Initial construction techniques tried to replicate those used by the padres and indigenous workers. After the original stone foundations were revealed and repairs, a cap of concrete was used to stabilize the undercarriage of the building.  The walls were then rebuilt with adobe bricks made and dried by hand, using residual dirt from decayed adobe and local sources. Clay from the surrounding hillsides was used for roof and floor tiles, which were also made, dried and fired on site.  A method of plastering over the adobe that was close to the original look was successfully worked out.

Hageman made two critical changes to construction materials. First, he order redwood beams to replace what had been beams of local pine. Second, he created a framework of steel-reinforced concrete beams to strengthen the buildings against future earthquakes; those beams are hidden within the 4-foot thick adobe walls.

Furnishings and hardware were made on site in the carpenter shop and blacksmith shop. The local skilled men and some CCC enrollees became very good at this work. They built chairs, tables, window frames and doors, as well as crafting hardware such as hinges, handles and locks.  The CCC craftsmen carved beams, doors and other woodwork.

Later, the Works Progress Administration (WPA) was called in to bring in professional  artists under its Federal Arts Project (FAP) to paint interiors and create sculptural elements.

In addition, the CCC teams excavated and restored the mission’s water distribution system and created a ‘mission garden’ to feature plants introduced into California by the  padres.

The state park was first opened in 1937, after completion of the residence building (the first of 13), but the mission was not officially dedicated as a State Historical Monument until December 7, 1941.

The reconstructed Mission La Purísima still stands in all its glory.  While the old Missions were greatly venerated in the early 20th century, leading to the reconstruction and renovation of many of them, subsequent historical revision of the role of the Missions in the destruction of indigenous California peoples has not been kind to the Franciscan padres. 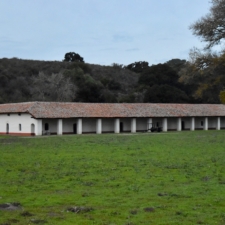 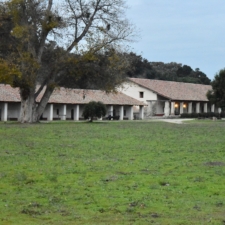 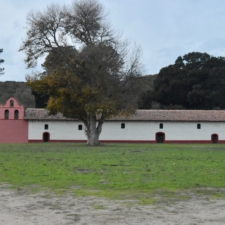 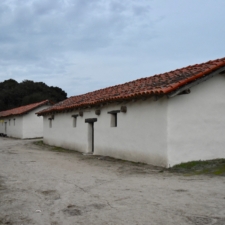 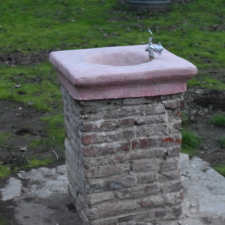