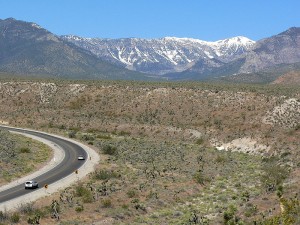 Similarities in construction and design in different forests are no coincidence. Most early ranger stations, roads, and campgrounds were built according to standard regional plans prepared by architectural engineer George Nichols in Utah. After 1938, a manual with standard plans and modifications was compiled by officials in Washington, D.C. Although rustic designs using logs were popular in forests across the nation, Nevada’s ranger stations were usually simple wood-frame buildings with stone or concrete foundations. The exteriors were clad with drop siding and green wood trim. Today these buildings retain their original appearance, although the white buildings we see today were originally a sage-green color.

Nevada’s first Forest Service CCC camps were established in Lamoille Canyon and Berry Creek, both in northeastern Nevada, and at Kyle Canyon on Mount Charleston, near Las Vegas. Similar to Camp Hawthorne, the first Forest Service camps were predominantly filled with Nevada men. Of the 225 men at Camp Berry Creek, at least 200 were White Pine County residents. Elsewhere, the original 36 men sent to build Camp Charleston Mountain were southern Nevadans.”

Location notes: The map marker indicates the approximate location of the CCC efforts on behalf of the Forest Service in Nevada.