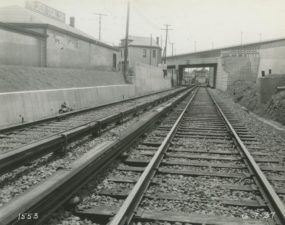 An overpass carrying John Street over what was then a freight and passenger railway (the North Shore Branch of the Staten Island Railway) was constructed during the mid-1930s, in conjunction with the lowering of the railroad right-of-way, as one link in a massive grade crossing removal project. This bridge has since been removed; vehicular traffic now reaches a discontinuity at this point. 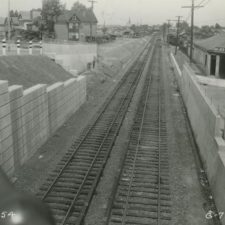