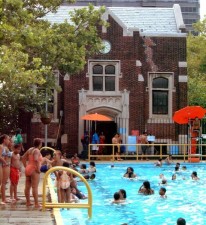 Today’s NYC Parks site explains: “The swimming complex was opened in stages between 1940 and 1942 as part of a massive Work Projects Administration (WPA) capital construction program. The outdoor swimming pool was opened in 1940 and measured 50 by 145 feet. Legend has it that Parks Commissioner Robert Moses required the pool to be five feet short of the length necessary for 150-foot sprints. In 1941 the bathhouse was remodeled and reopened with an auditorium, large recreation room, gym, and changing facility which could accommodate 1,002 male and 590 female bathers. Systems were installed to filter, purify, and re-circulate the water, and a large promenade around the pool was constructed.”

A WPA-built diving pool was finished in 1942, along with other improvements to the surrounding park. 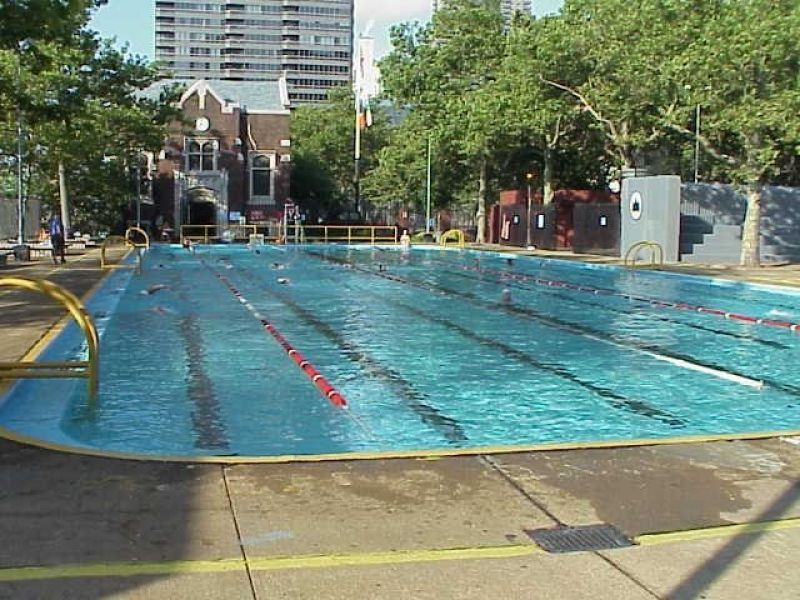