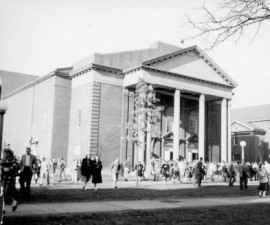 Then known as Indiana State Teachers College, Indiana University of Pennsylvania benefited during the Great Depression from a large construction project enabled by the federal Public Works Administration (PWA). The PWA provided a $226,000 grant for the project, whose final cost was $700,440. Construction occurred between February 1938 and June 1939. (PWA Docket No. [W]1820.)

Three buildings were constructed on the campus, including an auditorium and dining hall addition. The auditorium is now known as Fisher Auditorium. The present status of the other structures is unknown to the Living New Deal. 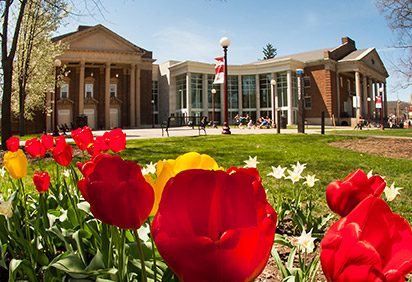 One comment on “Indiana University of Pennsylvania – Indiana PA”