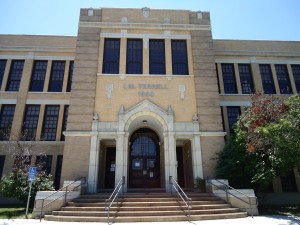 Before the PWA addition, the (much smaller) building was an elementary school, first built in 1909-1910 as the A.J. Chambers School (for white students), then it became the East Eighteenth Street Colored School in 1931. The school was enlarged in 1936-37 as a PWA project, converting it to the I.M. Terrell High School.

“Under the PWA building program, the building was significantly expanded in 1936-37 and became the new home of I. M. Terrell High School. The architect was Clyde H. Woodruff and the contractor was Harry B. Friedman. In 1955-56, fourteen classrooms, a gymnasium, and a cafeteria were added to the north end of the building and the school was converted to a combination junior-senior high school. This addition was designed by Hedrick and Stanley. A separate building was completed in 1959 and contained several technical shops. The school was closed in 1973 as a result of court-ordered desegregation, but the building continued to be used for a number of years as a continuing education center. In 1998, after a $6.5 million rehabilitation, part of the building was reopened as I. M. Terrell Elementary School. Under Phase 4 of the 1999 Bond Program, further work on the expansion of the elementary school (and the possible creation of an I. M. Terrell High School museum) will be completed. No additions are planned but windows will be replaced. Isaiah Milligan Terrell was one of the first black educators in Fort Worth. In 1882, he served as principal and supervisor of black schools. He later served as the Supervisor of Colored teachers as well as principal of School A, the black high school (see entry for Fort Worth Colored High School under Retired Schools). In 1915, he became president of Prairie View State Normal and Industrial College (now Prairie View A & M). A Texas Subject Marker commemorating Terrell’s significance is located on the school grounds. The school appears to be eligible for the National Register for its architectural significance and its importance to the education of black youth in Fort Worth and surrounding areas. In addition, the school is designated Demolition Delay under the City’s historic preservation ordinance.” 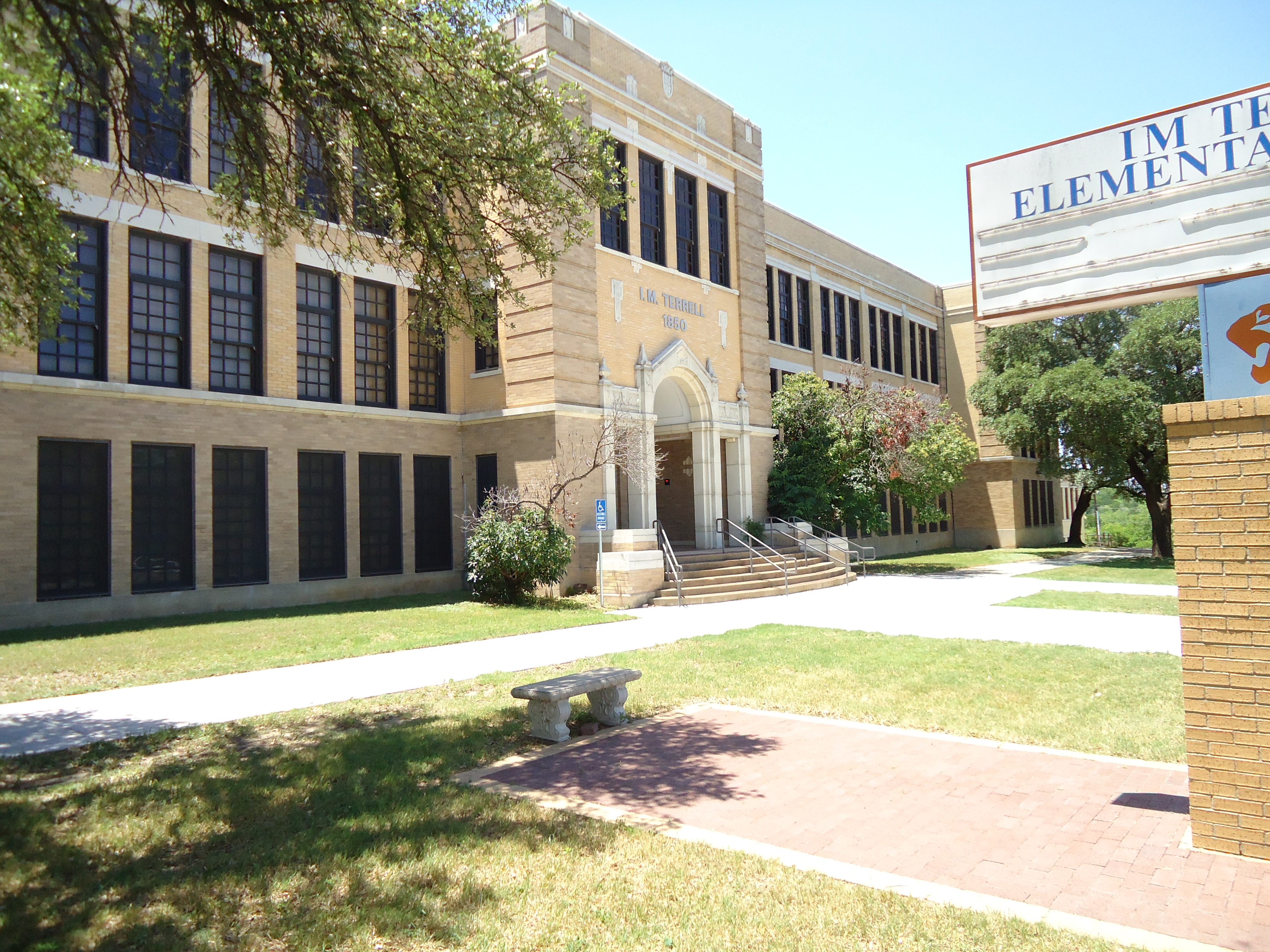