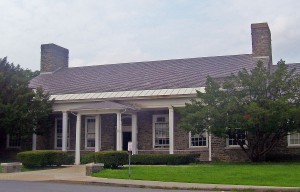 “The [Hyde Park Elementary School]’s original fieldstone building was built in 1940, after close consultation between the local school board and President Franklin Delano Roosevelt, a native of Hyde Park. … In 1993 the school building was listed on the National Register of Historic Places…

In 1938 [FDR] met privately with members of the Hyde Park school board and other local officials at his family home in town. He had closely followed their need for an elementary school, and proposed to them that the Public Works Administration (PWA) make federal money available to Hyde Park for the construction of three schools (now Violet Avenue Elementary School and the first Franklin D. Roosevelt High School, now Haviland Middle School) that would centralize the smaller local districts into one large one.

The PWA eventually picked up 45% of the construction costs. The president insisted on the use of fieldstone for the elementary school despite heavy lobbying for brick from the local bricklayer’s union, believing that institutional architecture in the Hudson Valley should reflect a continuity with its traditional styles and construction methods. He personally approved architect Ross Sluyter’s design before construction began, and spoke at the dedication ceremony for all three schools when they opened in 1940…

It was closed and no longer used as an elementary school at the end of the 2011-2012 school year. The school is currently vacant but is in use for educator meetings and trainings.” 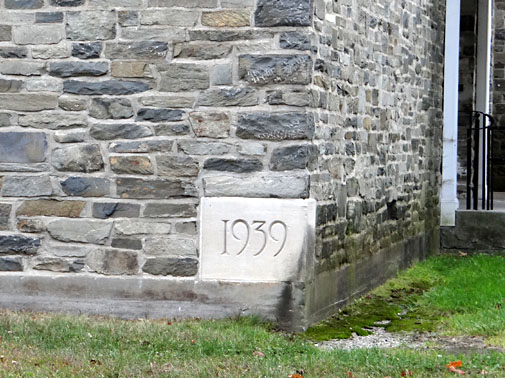 Project originally submitted by Evan Kalish on May 5, 2014.