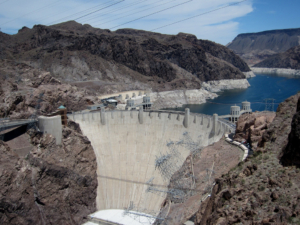 Hoover Dam, originally called “Boulder Dam”, is the anchor of the entire Colorado River water storage and management system.  It lies in Black Canyon (not Boulder Canyon) at the southern tip of Nevada, on the Arizona border, and creates the massive Lake Meade reservoir, the largest in the United States.  It was the first high-arch concrete dam in history, becoming the model for thousands of dams built round the world.  It was constructed under the US Bureau of Reclamation by a joint venture of 8 construction companies (called “The Six Companies”), led by Henry Kaiser and including Bechtel Corporation, Utah Construction and Morrison-Knudsen.

The Boulder Canyon Project Act was passed by Congress in 1928 and the dam begun in 1931 with funds from the Reconstruction Finance Corporation established by President Herbert Hoover.  The dam was completed with New Deal funds from the Public Works Administration in 1935.  Under the same act, the Bureau of Reclamation also raised Imperial Dam (the All-American Canal) and Parker Dam during the New Deal era.  Later, the Colorado River Storage Project (as it came to be known later) continued to grow with new additions, such as Glen Canyon Dam.

“This project, carried out by the Bureau of Reclamation of the Department of the Interior, has for its purpose the conservation of important water resources in the Southwest and the creation of power supplies for large areas of the country. It is estimated that the construction of this dam will make it possible to double the population of the area served by the Colorado River by opening new territory to irrigation and by providing a continuous water supply for areas now under cultivation. The illustration above is a view of the dam looking upstream and gives some idea of its enormous size, especially if it is realized that the powerhouses at the base of the dam are 245 feet high or the equivalent of a 20-story office building. The dam itself has a height of 726.4 feet and shows two of the elevator towers emerging from the face of the dam at the top. The illustration on the left shows two of the four huge intake towers located above the dam through which water is conducted to the turbines which provide power for the electric generators in the powerhouse at the base of the dam on the downstream side.

The entire height of these towers is shown, as the picture was taken before the rise of the water in the reservoir. Beyond the tops of the intake towers may be seen the spillway on the Nevada side of the reservoir. From this spillway the overflow water is conducted through massive concrete channels and tunnels, bored through solid rock, to the river below the dam. The reservoir, known as Lake Mead, extends 115 miles up the Colorado River through Boulder Canyon, Virgin Canyon, Iceberg Canyon, and Travertine Canyon, with a width varying from several hundred feet to a maximum of 8 miles. It has a water surface of 146,500 acres at maximum capacity and this capacity is 9,500,000 acre-feet. It is estimated that in 50 years silting will reduce this.

The larger illustration on this page shows the extent of the powerhouses at the base of the dam, which is designed for an ultimate installation of 15 main generating units of 115,000 horsepower capacity each, making a total generating capacity of 1,725,000 horsepower. The initial installation in the powerhouse is composed of four 115,000-horsepower units and one 55,000-horsepower unit. The powerhouse is a U-shaped structure 1,650 feet in length. Each wing,housing the power-plant equipment, is 650 feet long and is 150 feet above the normal tailrace water surface. The smaller illustration shows one of the concrete spillway channels which conducts overflow water from the reservoir to the tunnels. The larger illustration shows water discharging from one of these tunnels.

The larger illustration shows the two huge bronze ‘Figures of the Republic’ on their black granite bases flanking the 125-foot flagpole at Boulder Dam. The inscription between them gives due honor to the men who conceived and carried out this great project. The smaller illustration shows a group of the circuit breakers and transformers along the exterior of the Nevada powerhouse. The deck alongside is provided with railroad tracks. Power is now being furnished to Arizona, Nevada, and California and the revenue will repay the entire cost of the dam with interest in 50 years. The project is now substantially completed at an expenditure of nearly $140,000,000 toward which $38,000,000 was contributed by the P.W.A.”
(Short and Stanley-Brown 1939) 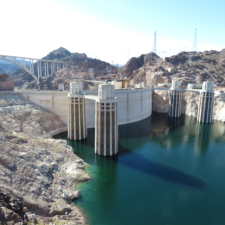 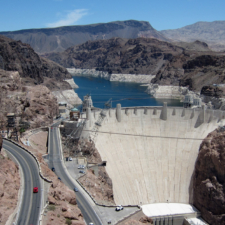 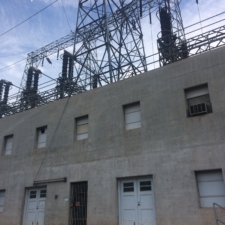 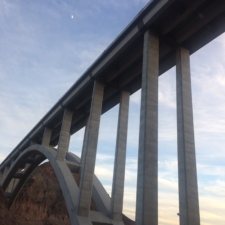 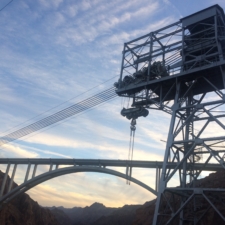 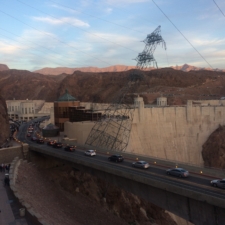 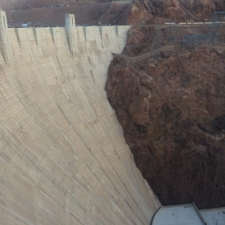 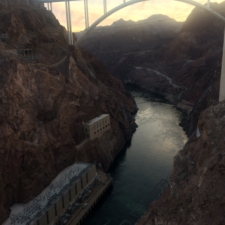 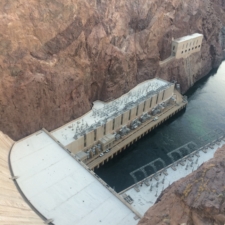 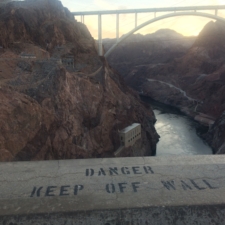 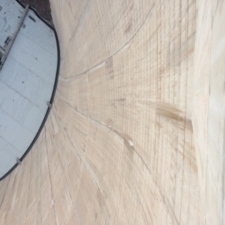 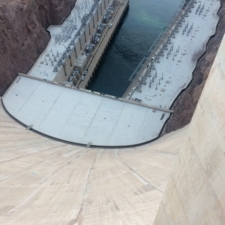 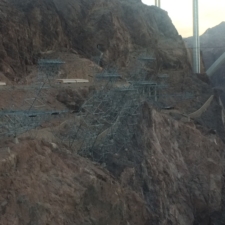 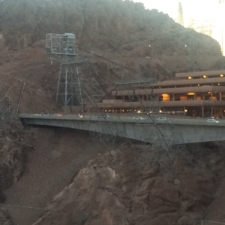 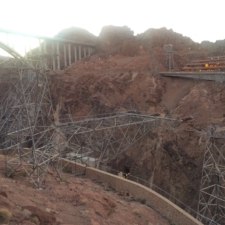 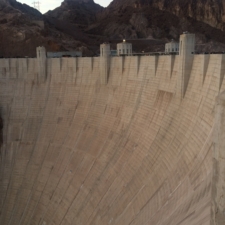 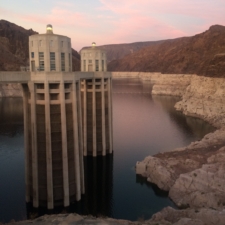 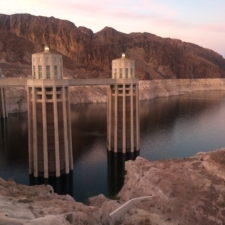 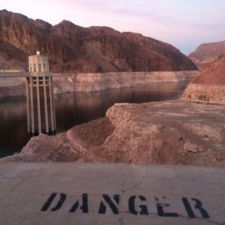 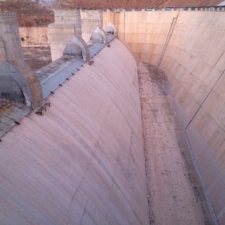 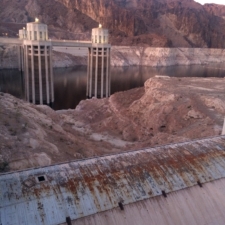 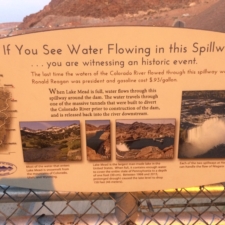