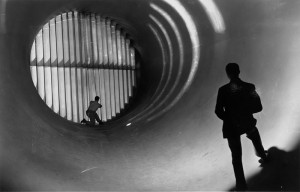 "The National Advisory Committee for Aeronautics constructed this 8-foot high-speed wind tunnel for test purposes. It is the largest structure of this kind in the world and is built of reinforced concrete throughout except that the air passages are lined with steel plates.

Large-scale airplane models and full-sized airplane parts are investigated for the effects of air velocities varying from 85 miles per hour up to the speed of sound. The tunnel is equipped with an 8,000-horsepower motor which drives a 18-blade propeller 16 feet in diameter.

The working space in the dome is at a negative pressure, while tests are being made, to simulate an altitude of 12,000 feet at full speed. To withstand these pressures, when operating at high speed, the test chamber is dome-shaped and the operating personnel enter and have through air locks. The building was designed and constructed under the supervision of members of the Committee staff at a cost of $474,000 and it was completed in March 1936.

Other facilities at Langley Field, available to the Committee, are a 24-inch wind tunnel capable of producing wind velocities of 750 m. p. h., a free-spinning wind tunnel, and an engine research laboratory, all of which were constructed with P.W.A. funds at an approximate cost of $200,000."
(Short and Brown)

"Because it was the first continuous-flow high-speed tunnel, this tunnel was a landmark in wind tunnel design. This meant it could operate almost indefinitely to produce a high-speed airstream approaching the speed of sound. And it was large enough to accommodate large-scale models and even full-scale aircraft sections.

In 1950, the tunnel was the first in the world to be modified to incorporate a slotted throat design. This revolutionary design gave researchers their first accurate data on airframe performance in the transonic range. The tunnel was deactivated in 1956, when a new 8-foot (2.4 m) tunnel was built near it.

The wind tunnel was used for critical tests that validated the area rule for the design of supersonic aircraft. This said that the fuselage of the aircraft should narrow at the wings and expand at their trailing edges. This resulted in "wasp-waisted" aircraft.

It was declared a National Historic Landmark in 1985."
(Wikipedia) 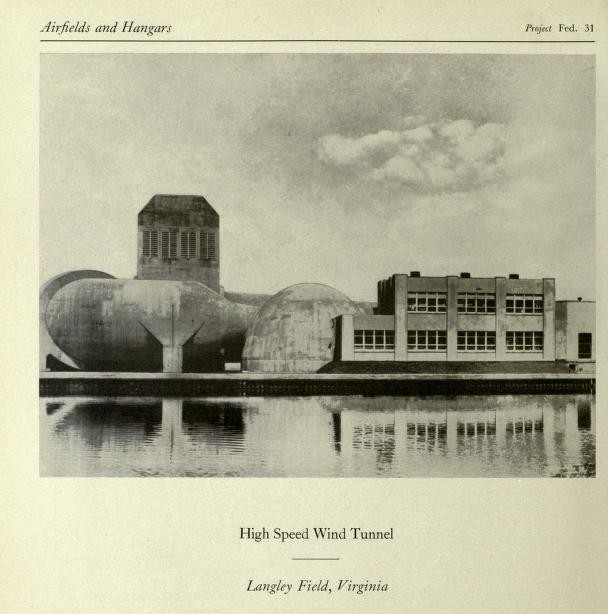