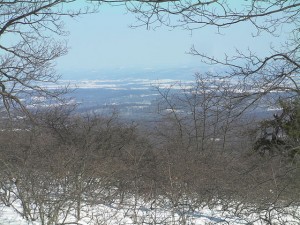 In 1933, when “the CCC boys first arrived at High Point Park, they found a relatively undeveloped 11,000-acre parcel of land. … By the time the CCC boys were done working eight years later, they had built 25 miles of roads, two lakes, repaired the badly damaged forest, fought forest fires, cleared trails, built campgrounds and shelters, and partially completed an athletic complex. The park, as visitors enjoy it today, is largely the fruition of their efforts.”