To begin with, the Public Works Administration (PWA) purchased the land and paid for clearing, drainage, water lines, roads, walkways and an irrigation system.  The labor was provided by relief workers from the Federal Emergency Relief Administration (FERA). New Deal work at BARC began in 1933 and extended through the late 1930s.

A FERA report from December 1933 describes its work at the site: “Work On Experimental Stations. Number of Men, 2,238. Estimated cost, $415,000. Department of Agriculture, Bureau of Animal Industry: Under this project a wide variety of general improvement work will be done including some minor construction which will increase the usefulness of the stations. Eight hundred and seven men will work on the principal station at Beltsville, Md.” (FERA 1933)

The 1939 survey of PWA projects describes some of the buildings in detail:

The Animal Husbandry and Research Library: “This main laboratory building and a small animal laboratory, constructed by the Bureau of Animal Industry of the Department of Agriculture, provide laboratory facilities for genetic, chemical, nutritional, physiological, histological, physical, and other forms of biological research that are involved in the studies of breeding and feeding of livestock. The project included, in addition to the 2 laboratory buildings, a boiler house, a water system, a power line, roads, bridgs, and some minor buildings. The main laboratory is 3 stories in height and provides 108 rooms which are used for offices, general laboratory work, and research. All of the laboratory work of this division of the Bureau, except the work in poultry investigation, is carried on here. A technical library serves this and other units at the Agricultural Research Center. The construction is fireproof with exterior walls of random ashlar stone to the main floor level and brick above this. Cornice and cupola are wood and the roof is slate. The project was completed in September 1937 at a construction cost of $759,489 and a project cost of $952,781.”

Research Center Laboratory and Office Building: “This building was erected by the Bureau of Entomology and Plant Quarantine of the Department of Agriculture to further their research and investigation into the means of controlling and eradicating insect pests and diseases of plants. The building assembles units under 1 roof which were widely scattered. It contains 22 laboratory units, a library, an office, a honey laboratory with floor and walls of white tile, 4 constant temperature rooms, a cold-storage plant with refrigerating machinery, and 3 other storage rooms. The construction is fireproof. Frame and floors are reinforced concrete, exterior walls are brick, the cornice is wood, and the roof is covered with slate. The project was completed in November 1935. The original P.W.A. allotment of $134,999 was increased to $136,917.83.”

Horticultural Laboratory and Research Building: “Among the activities of the Bureau of Plant Industry of the Department of Agriculture are plant research and experimentation and their related problems of the study of soils and their improvement, as well a enforcement of the Federal Seed Act and the control of the quality of plant and soil inoculants. This laboratory and research building provides laboratories and offices in which the work may be carried on and is a necessary adjunct to the nursery greenhouses, storage buildings, propagating sheds, and other facilities which had already been provided. The building is fireproof with exterior brick walls trimmed with stone and wood. It was completed in March 1936 at a construction cost of $128,732 and a project cost of $137,782.”  (Short & Stanley-Brown 1939)

The Works Progress Administration (WPA) did extensive work at Beltsville in 1938-40. Most of the WPA projects were developing the experimental fields and forests, but they also included several barns, greenhouses, storage buildings and an administration building and staff residences.  These are described in detail in the cryptic style of WPA project cards in the National Archives, as follows:

In 2000, the name of Henry A. Wallace, Secretary of Agriculture and Vice-President under the New Deal, was added to the BARC. 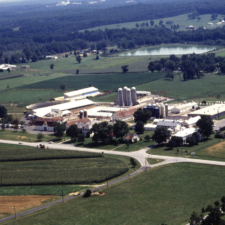 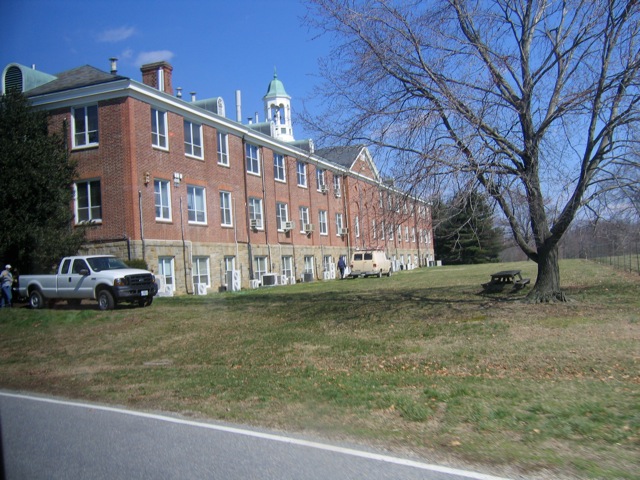 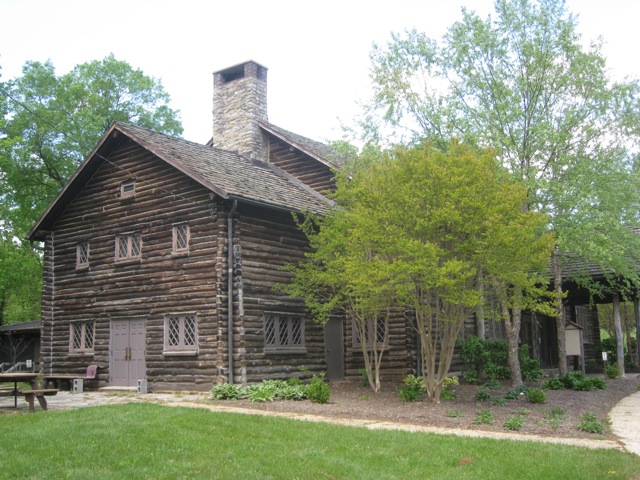 This fine CCC-built lodge (in which, among other things, the CCC vets met) is now closed for lack of funding and will start deteriorating for lack of maintenance. 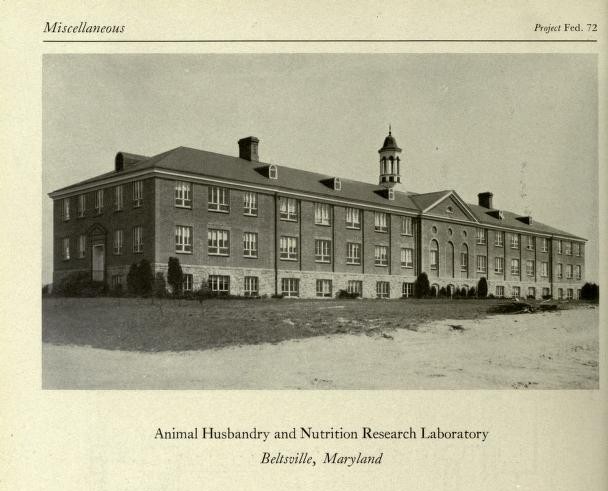 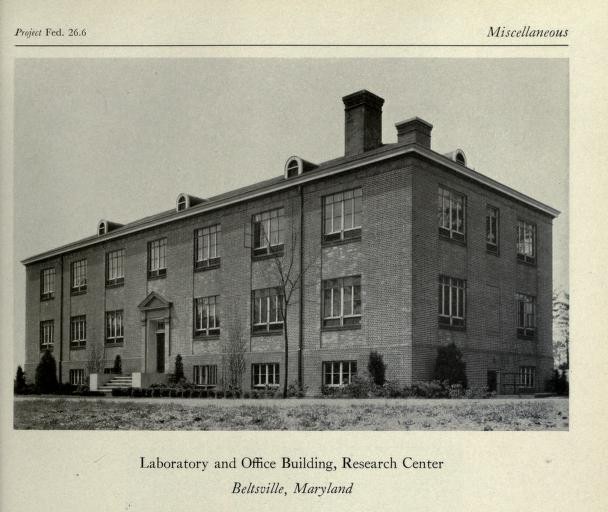 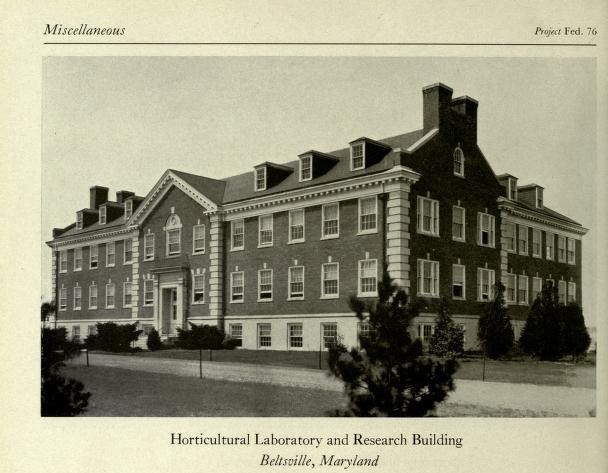