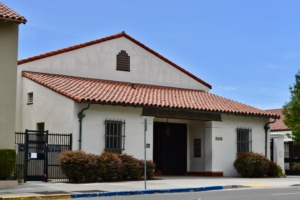 Frank C. Havens Elementary School was originally built in 1910 and expanded under the New Deal with the help of Public Works Administration (PWA) funding and Works Progress Administration (WPA) relief labor and materials.  A new five-classroom wing and an auditorium were built on the eastern edge of the school grounds. The lovely auditorium, renamed the Ellen Driscoll Community Playhouse, survives.

There had been three previous efforts to replace temporary buildings at schools in Piedmont in the 1920s, because about one-third of Piedmont students were being taught in temporary buildings (derisively called ‘shacks’ by the locals). All the bond issues lost (Tribune 1942).  After the school board sought and gained a promise of $83,000 in funding from the Public Works Administration (PWA) in 1933, a new bond issue for $233,000 passed in December of that year.

Overall, Piedmont schools rebuilding program erected 28 classrooms in new buildings at Havens, Wildwood and Beach Elementary Schools, as well as adding auditoriums at each one.  Beach School was completely rebuilt.  Additions were also made to Piedmont High School.

Of the original funds, $89,000 were allocated for the Havens School (Tribune, Dec. 11, 1933). Work did not begin until 1936, however, and it appears that the School District ran out of money, because it applied for additional support from the Works Progress Administration (WPA).  The amount provided by the WPA is unknown to us, but the two buildings added to the school in the late 1930s are both attributed to the WPA.

The WPA classroom at Havens School was built in 1937-38 (Piedmonter 1938) and the auditorium was added in 1940-42  (Piedmonter 1940).   The WPA crews also carried out painting, refinishing and adding new lighting to the Havens classrooms (ibid).  The auditorium was named in honor of Ellen Driscoll. Students participated in painting the ceilings of all the Piedmont school auditoriums; the theme at Havens/Driscoll is California history.

In 1955, a new Havens School was built at the same site.  Later, the 1910 school was torn down (on the current playground area).  The New Deal classroom and auditorium remained.  Then, in 2010, the school was completely rebuilt and the 1938 classroom was demolished. The new Havens School is a beautiful Mission Revival complex.  The elegant Mission style auditorium still survives.

In the gallery below are three aerial photos of Havens School:

The first shows the 1910 Mission Revival school facing Bonita Avenue with the 1938 WPA classroom building behind it.  The auditorium is to the east, facing Highland Avenue.

In the second,  the 1955 school has been added to the north of the older buildings. 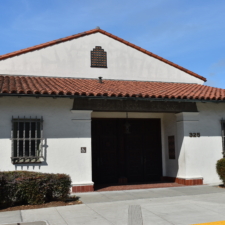 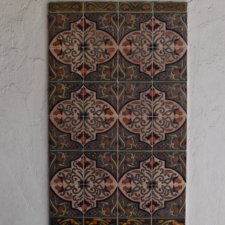 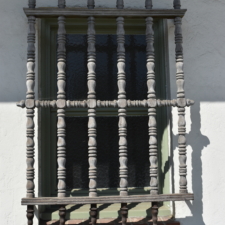 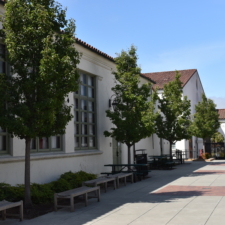 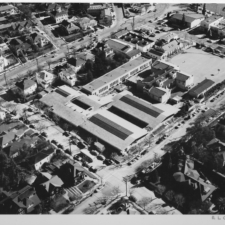 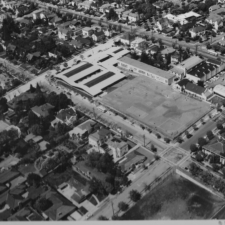 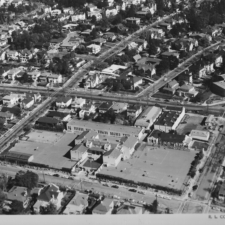