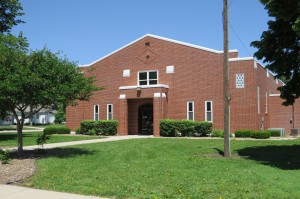 PWA Auditorium in the Village of Hampton, Nebraska

In September of 1938 the citizens of Hampton, Nebraska went to the polls to decide if the Village should transfer $6,000 from the electric light fund and borrow another $7000 for the purpose of building an Auditorium. Those funds were to be matched at 30% by funding from the Public Works Administration (PWA). The issue carried by what the Aurora Republican Register called “a small margin.” In fact the vote of 111 to 61 represented a winning margin of 64.5%.

In February of 1939 bids were let for the project. Local builders Bamesberger and Parpart were granted the general construction contract with plans to begin about the first of March. The building was completed by fall and a dedication ceremony was held on Monday, August 28.

The building was designed by architect J. F. Reynolds of Lincoln, Nebraska. The structure is of brick construction and has a vaguely Art Deco design. The main part of the building is rectangular and runs north to south with a stage on the north end. The main floor was and still is marked for basketball. There was bleacher setting on both sides. Locker room facilities are under the stage and restrooms were formerly located on the back corners of the stage. At the front of the building is a small entry way which has a ticket office and the original PWA plague. Glass cabinets contain trophy’s won by teams that used the building. The northeast corner of the building has an original extension which houses kitchen facilities.

The building served as a community building and high school gymnasium/auditorium. It was used as the public high school’s basketball gym from 1939 until 1972. The Hampton Hawk basketball team of 1942, which was made up of some of the first players to use the building, won a state championship. The football team used the locker rooms prior to games played on the high school field.

Between 2012 and 2014 the Village of Hampton used donations and tax revenue in the amount of approximately $300,000 to update the building. A very sensitive renovation included an addition which extends the kitchen wing to houses a meeting room and handicap accessible restrooms. The old restrooms were removed when the stage was renovated by refinishing the floor and the installation of new stage curtains and lighting. The gymnasium floor was refinished and the east side bleachers were removed to allow access to the new restrooms. The walls and the ceiling of the auditorium were covered by drywall to fireproof the building. As the renovations were completed the original analog clock and score board were reinstalled as a nod to the buildings history.

While the public high school no longer uses the building, the local Lutheran elementary school still uses it as their gymnasium and auditorium. The building also still hosts wedding receptions, dances and various other community activities in this community of 423. 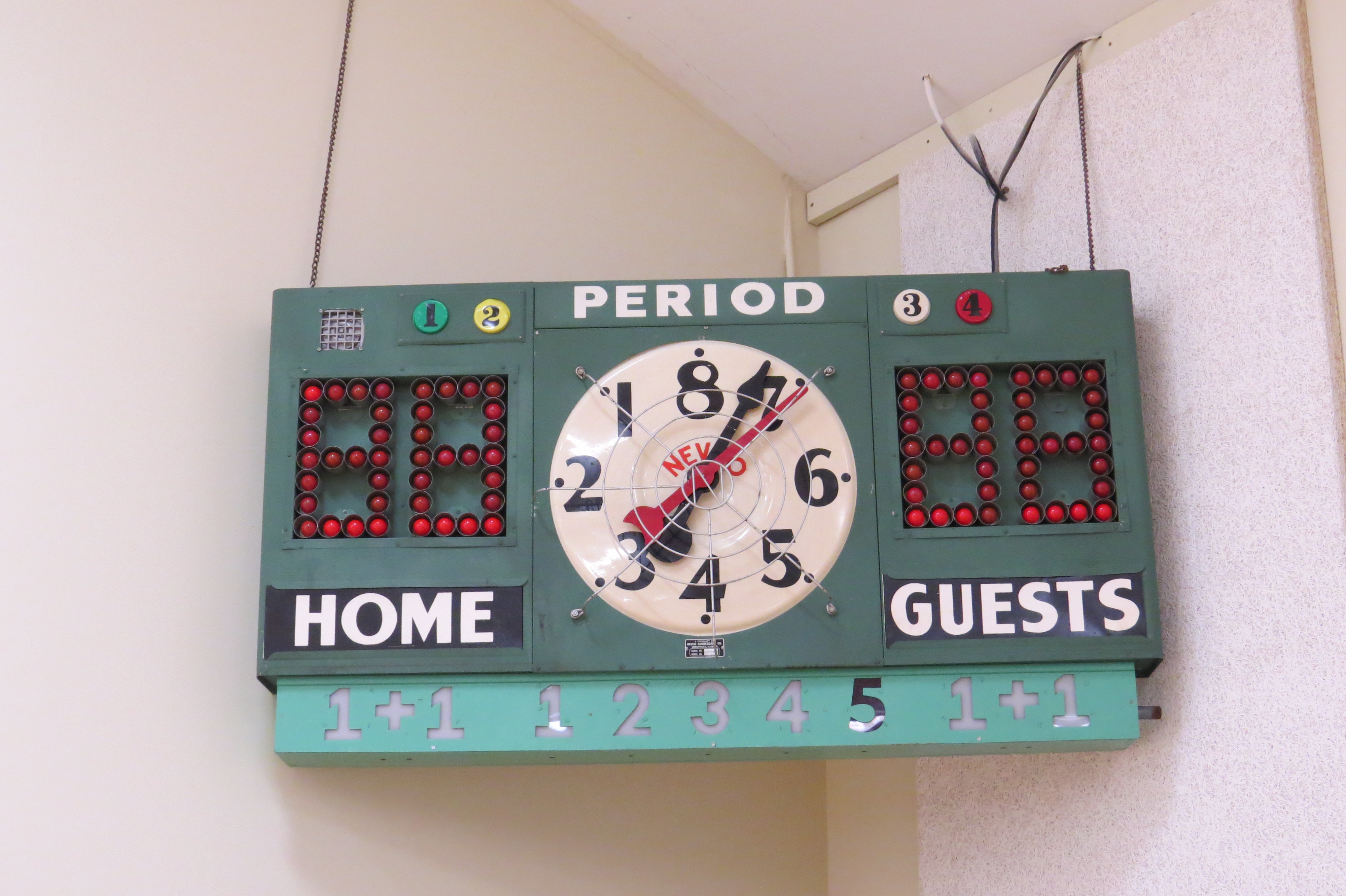 Original analog clock and score board in the Hampton Auditorium